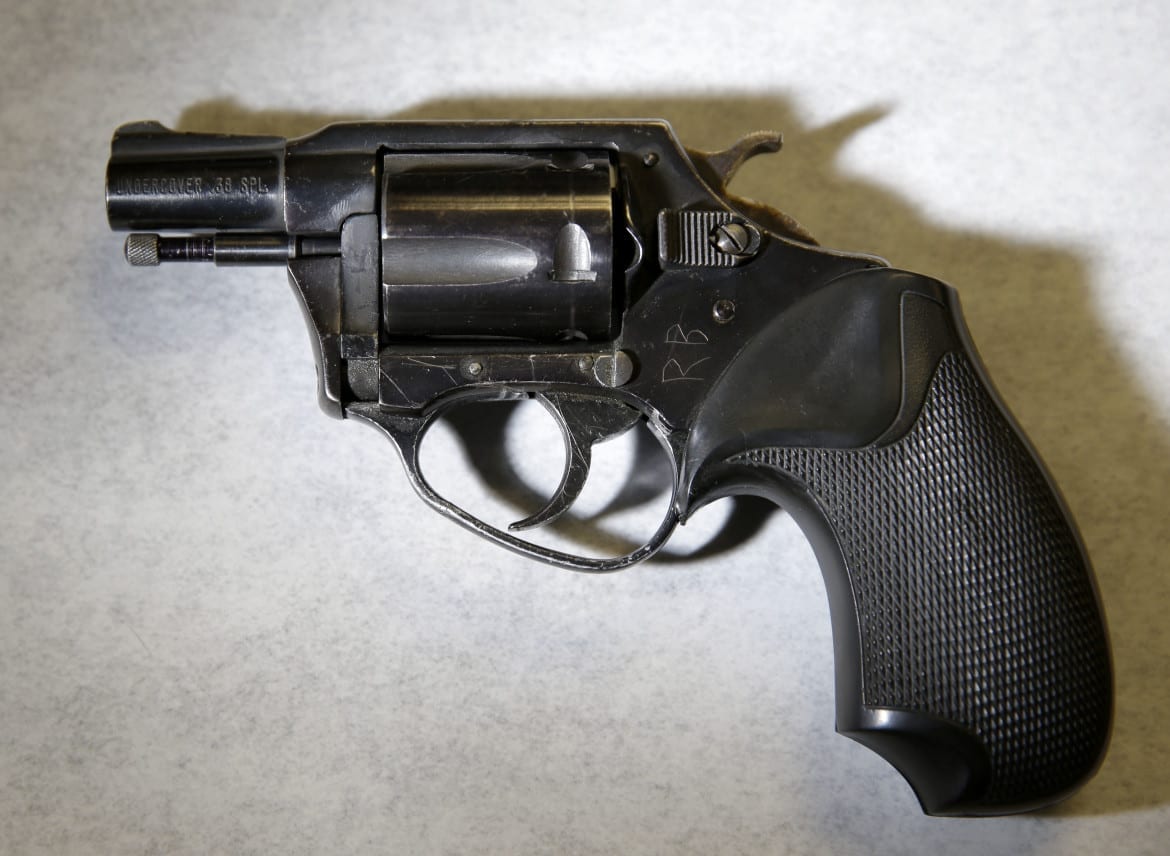 The chairman of the Kansas Board of Regents says he doesn’t anticipate substantial changes in state gun laws ahead of a deadline for allowing the concealed carry of handguns on university campuses.

Shane Bangerter, a Dodge City attorney appointed to the board in 2013 by Gov. Sam Brownback, said the Kansas law allowing concealed carry in public places passed by large majorities in 2013. He doesn’t expect lawmakers to revisit the issue in the upcoming session despite growing calls for them to do so in the wake of a recent spate of mass shootings in Colorado, Oregon and California.

The Kansas House passed the bill – the Personal and Family Protection Act http://www.kslegislature.org/li_2014/b2013_14/measures/documents/hb2052_03_0000.pdf  – 104-16. It was approved by the Senate 32-7. Legislators who voted for the bill said they believed that allowing law-abiding citizens to carry handguns on university campuses would make them safer.

Recently, students and faculty members at the University of Kansas and Kansas State University have voiced concerns about lifting current policies that ban weapons on their campuses.

Kansas is one of seven states that rank in the bottom tier in a newly released report measuring states’ readiness to deal with infectious disease outbreaks.

The report, “Protecting Americans from Infectious Diseases,” was produced by the Trust for America’s Health and the Robert Wood Johnson Foundation. It finds that most states are ill-prepared to deal with the threat of antibiotic-resistant superbugs, resurgent illnesses like whooping cough, tuberculosis and gonorrhea, and other bacterial, viral and parasitic diseases.

Missouri was among 28 states that scored a five or lower. No state received 10 points. Five states – Delaware, Kentucky, Maine, New York and Virginia – scored on eight of the indicators. Six – Alaska, California, Maryland, Massachusetts, Minnesota and Nebraska – scored on seven.

When Barbara Walker heard that the University of Kansas Medical Center was looking for people to participate in clinical trials for treating and preventing Alzheimer’s disease, she was quick to sign up.

Walker, 72, lost her husband to the illness in 2001. He was just 56 years old when he was diagnosed and had no known family history of Alzheimer’s. Walker and her three kids were shocked.

Twelve years after her husband died, Walker struck a blow against Alzheimer’s when she signed up to be evaluated for her first study at the KU Clinical Research Center in Fairway.

The evaluation showed her to be at low risk for Alzheimer’s. Jeffrey Burns, a neurologist and co-director of the KU Alzheimer’s Disease Center, said that actually made her a great candidate for one of center’s studies.

Researchers call for broader strategies to counter overprescribing of painkillers

There’s a prescription drug abuse problem sweeping the United States, but fixing it will require a systematic change focused on how most health professionals prescribe drugs rather than changing the practices of a few bad apples.

At least, that’s the recommendation put forth in a research letter published Dec. 14 in JAMA Internal Medicine. Researchers examined Medicare claims from 2013 to see which doctors prescribed opioids — a class of drug that includes OxyContin, morphine and codeine — and how many prescriptions they filled.

They found that the drugs are prescribed by a broad cross-section of medical professionals – including doctors, nurse practitioners, physicians’ assistants and dentists – rather than concentrated among a small group of practitioners. That means overprescribing opioids, they suggested, is a problem to which a majority of health professionals are contributing, not the work of a small minority.

The dangers of texting while parenting

Picture this: A family vacation in the Caribbean. Powder white sand, turquoise waves. Eraina Reed’s son plays in the surf as the water washes over her feet. It’s peaceful, serene…and then…

Suddenly, Reed’s iPhone, which she happens to be holding, vibrates in her hand. Before she knows it, she’s halfway through an office email.

More than ever, researchers say parents like Reed strain under the weight of balancing family and work demands. Over half of all working parents said it’s difficult to do both, according to a recent Pew Research Center survey. Meanwhile, the use of mobile devices, such as smartphones and tablet computers, climbs nationwide.

— Laura Santhanam is a data producer for the PBS NewsHour