A Quick, Clickable Roundup Of Health News From Our Region — And Beyond — For The Third Week of August 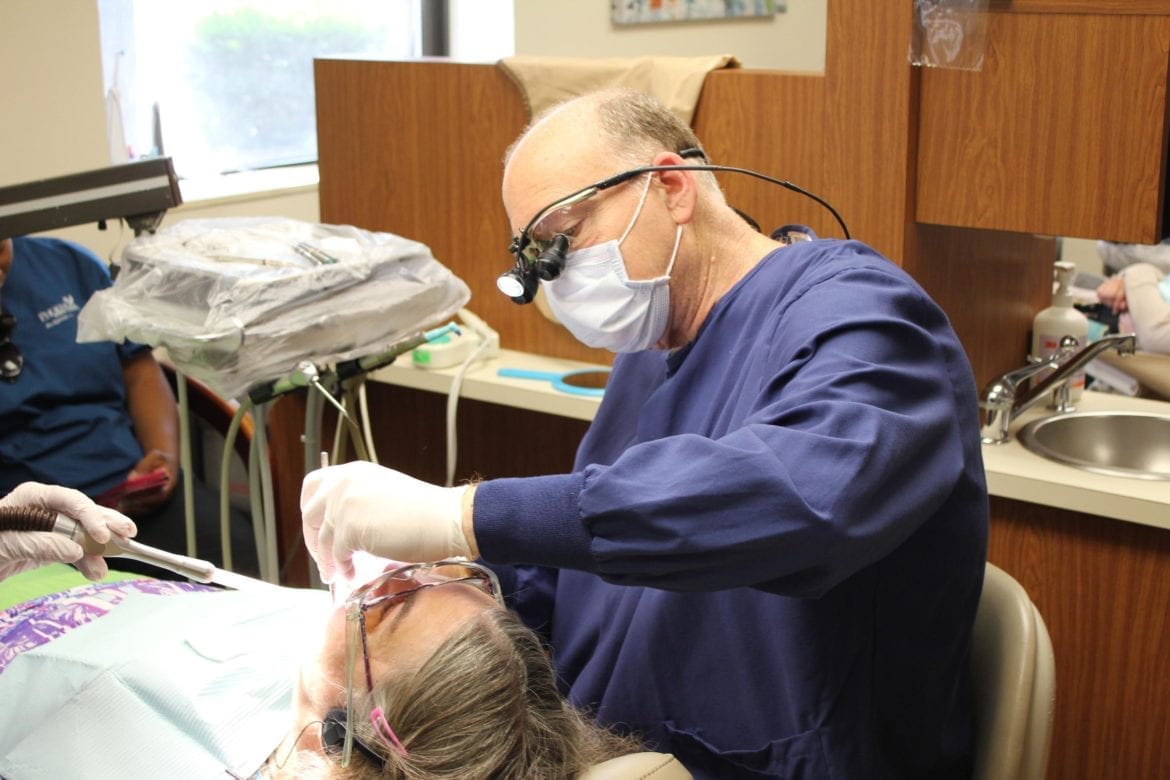 Prairie Village Dental Surgeon Treats All, No Matter Their Ability To Pay

John Fasbinder’s dental office was busy on a recent Tuesday.

Three employees helped in the reception area, answering phones and clicking away at computers. Hygienists tended to patients in three dental chairs in the main clinic. Fasbinder and his associate, Seth Cohen, flitted among those patients and others in private rooms set up for more intensive work.

Most days are like this for Fasbinder. At his Prairie Village office, he takes patients on Medicaid — no matter how old they are, what part of Kansas they come from or how difficult they are to treat.

That’s rare. In fact, Fasbinder thinks he may be the only dental surgeon left in the state who takes all comers.

“I try hard to get dentists to see Medicaid patients, and a lot of them won’t,” he said.

— Andy Marso is a reporter for KHI News Service, an editorially independent initiative of the Kansas Health Institute and a partner in Heartland Health Monitor, a reporting collaboration that also includes KCUR and KCPT.

In a roundtable conversation on Thursday, Missouri Gov. Jay Nixon heard from police and mental health workers about their collaboration in efforts to provide treatment, not punishment, for the mentally ill.

There are five so-called “community mental health liaisons” in the Kansas City area, thanks to a three-year effort by Nixon’s administration. These liaisons assist law enforcement in crisis situations such as a threatened suicide or person suffering from delusions.

Law enforcement officers are frequently the first point of contact with people in crisis. Liaisons are called upon to redirect those who might be a public nuisance, dangerous to others or to themselves from incarceration to treatment.

— Laura Ziegler is is a community engagement reporter at KCUR

Since the Affordable Care Act took effect, Wyandotte County has seen the number of its uninsured fall from 26 percent to 18 percent, one of the biggest drops in the country.

But it’s one thing to boast of boosting the ranks of the insured, another to steer them through a complicated and, at times, bewildering health care system.

With a $1.9 million grant from the United Health Foundation, announced Wednesday by county officials at the offices of the Community Health Council of Wyandotte County, the county is now in a better position to do that.

The leaders of some Kansas community mental health centers say they are having trouble getting paid for some Medicaid services they believe their clients need.

Brenda Mills, CEO of Family Service and Guidance Center, a Topeka-based community mental health center that serves children, spoke Aug. 4 at a meeting of the Robert G. (Bob) Bethell Joint Committee on Home and Community Based Services and KanCare Oversight.

Mills told committee members that some of the three private insurance companies that run KanCare, the state’s privatized Medicaid program, had raised objections to the center’s psychosocial treatment practices. Psychosocial treatment uses games and activities that are part of daily living to help children learn to manage feelings like frustration and anger in appropriate ways.

About 9 million tons of plastic are dumped into the world’s oceans every year — enough to fill a football stadium. But a project dubbed the Ocean Cleanup aims to eliminate it with a method that researchers are testing in the North Sea. The NewsHour Weekend’s Saskia de Melker has the story.