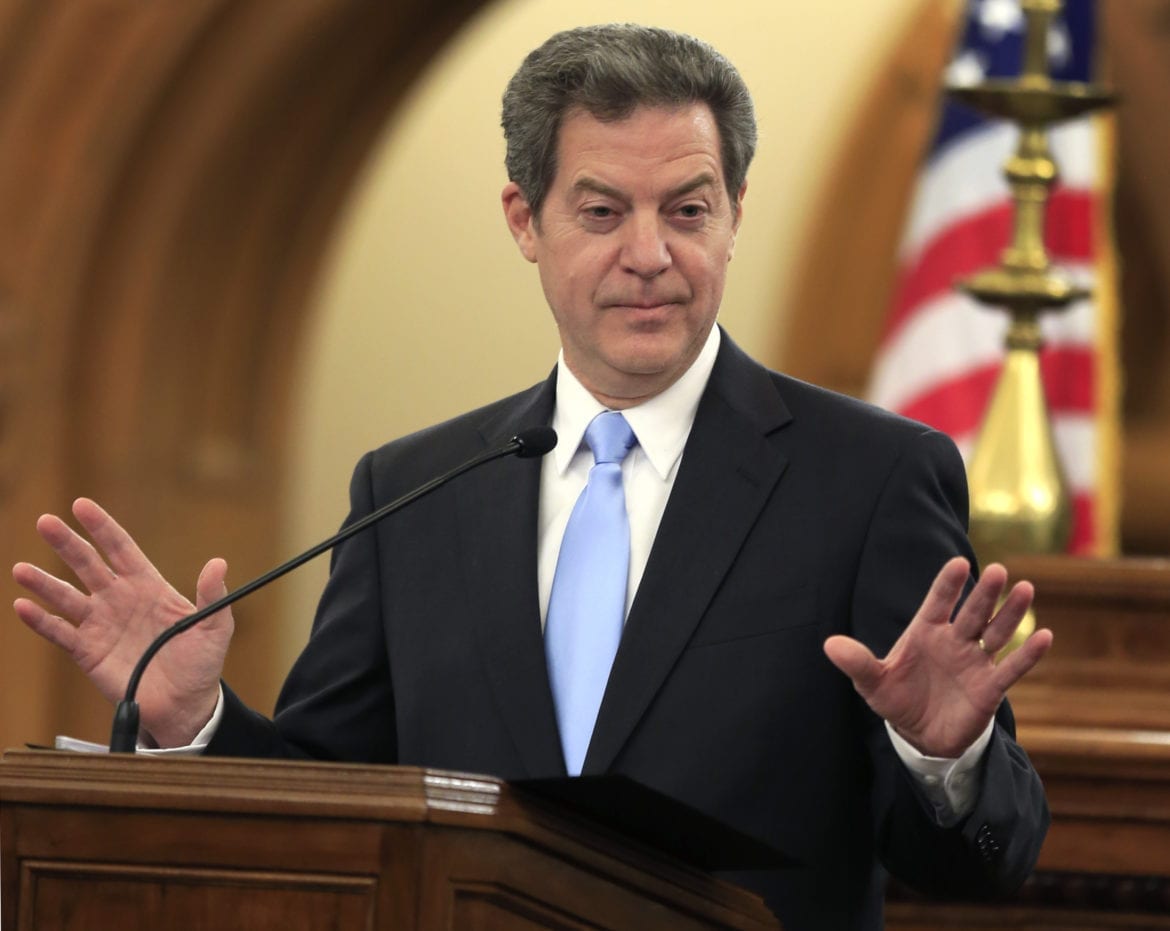 About $38.2 million of the $56.4 million in budget cuts comes from reducing reimbursements by 4 percent for providers who treat patients covered by KanCare, the state’s privatized Medicaid program launched in 2013. The remaining $18.2 million comes from cuts in other areas of the Medicaid program.

The cuts come after the Kansas Legislature adjourned earlier this month, leaving more than $80 million in cuts up to Brownback in order to balance the budget.

Providers offering home and community-based services to Kansans with disabilities are exempt from the reductions, as are critical access hospitals and hospitals in counties defined as rural, densely settled rural and frontier. However, all 127 of the state’s community hospitals will be subject to a $3.5 million cut in a program intended to increase provider participation in KanCare.

— Megan Hart is a reporter with KHI News Service, an editorially independent initiative of the Kansas Health Institute, and a partner in Heartland Health Monitor, a reporting collaboration that also includes KCPT and KCUR. 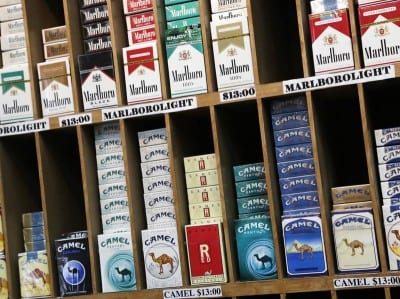 The council approved the ordinance Monday on a 9-3 vote, with council members Dave Janson, Fred Spears and Dan Stock voting against the measure.

Tobacco 21|KC is an initiative of Healthy KC, a partnership of the Greater Kansas City Chamber of Commerce, Blue Cross and Blue Shield of Kansas City, and more than 150 businesses, health care organizations, hospitals and government agencies.

The local effort is part of a national campaign, and proponents hope it will cut down on the number of people who develop long-term addictions to tobacco products.

Overland Park’s passage makes it the 11th area community, including the five most populous, to adopt the ordinance.

–Mike Sherry is a reporter for KCPT. 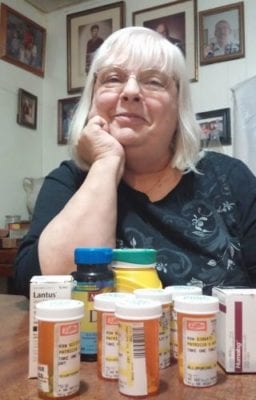 Pat Hook, a retired nurse who lives in Mayfield, says she can’t afford all of her diabetes medications even though she has Medicare coverage. Hook was among about a thousand Kansans who participated in a survey last year about their perceptions of health care. (Photo courtesy of Pat Hook)

Kansas was one of seven states — Florida, New Jersey, Ohio, Oregon, Texas and Wisconsin were the others — singled out for a closer look. And the thing that stood out about Kansans was the degree of concern they expressed about the cost of health care.

As a retired nurse, Pat Hook knows all too well the potentially catastrophic consequences of not following her diabetic treatment plan to the letter.

“I got a good lecture from my doctor the last time I went,” said Hook, who was one of about a thousand Kansans who answered the telephone survey. “Told me that if I didn’t get on my insulin and stay on it, that my kidneys were gonna fail, I was gonna go blind — everything I already knew. But that doesn’t change anything.”

Hook, who lives in the tiny town of Mayfield, 40 miles southwest of Wichita, said she has no choice but to triage her own care. Even though she’s covered by Medicare, she can’t afford the insulin and other drugs she needs to control her diabetes.

–Bryan Thompson is a reporter for KHI News Service.

Over the past decade, the federal government has publicized 115 different ways to measure medical quality in hospitals, from assessing wait times in emergency rooms and noise levels outside hospital rooms to tracking blood clots in surgical patients. But the latest effort, to combine dozens of metrics into one patient-friendly quality indicator, has proven the most contentious.

The Centers for Medicare & Medicaid Services recently postponed its plan to release the new rating system, which would award one star to the worst-quality facilities and five stars to those with the best marks. The delay came after a majority of members of Congress signed a letter supporting the hospital industry’s concerns.

“People need this information now. Trying to wait until everyone’s 100 percent happy with everything just delays it further than it needs to be. –Andrew Scholnick, a lobbyist for AARP.

Hospital leaders who previewed the preliminary rating system say the formula seems skewed against institutions that treat the poorest or toughest patients, meaning those with complex illnesses. The number of stars would be based on 64 different measures, which are posted on Medicare’s Hospital Compare website. The metrics on mortality, readmission, patient experience and patient safety are the most influential, each representing 22 percent of a facility’s rating.

–Jordan Rau is a reporter for Kaiser Health News, a national health policy news service that is part of the nonpartisan Henry J. Kaiser Family Foundation.

Published on May 21, 2016
Nearly 30,000 deaths a year can be attributed to the abuse of heroin and prescription painkillers – opioids like oxycontin, vicodin, percocet, and methadone. But a new report indicates that opioid prescriptions in the last three years have declined. New York Times science correspondent Sabrina Tavernise joins Alison Stewart to discuss.