A Quick, Clickable Roundup Of Health News From Our Region For The First Week Of May 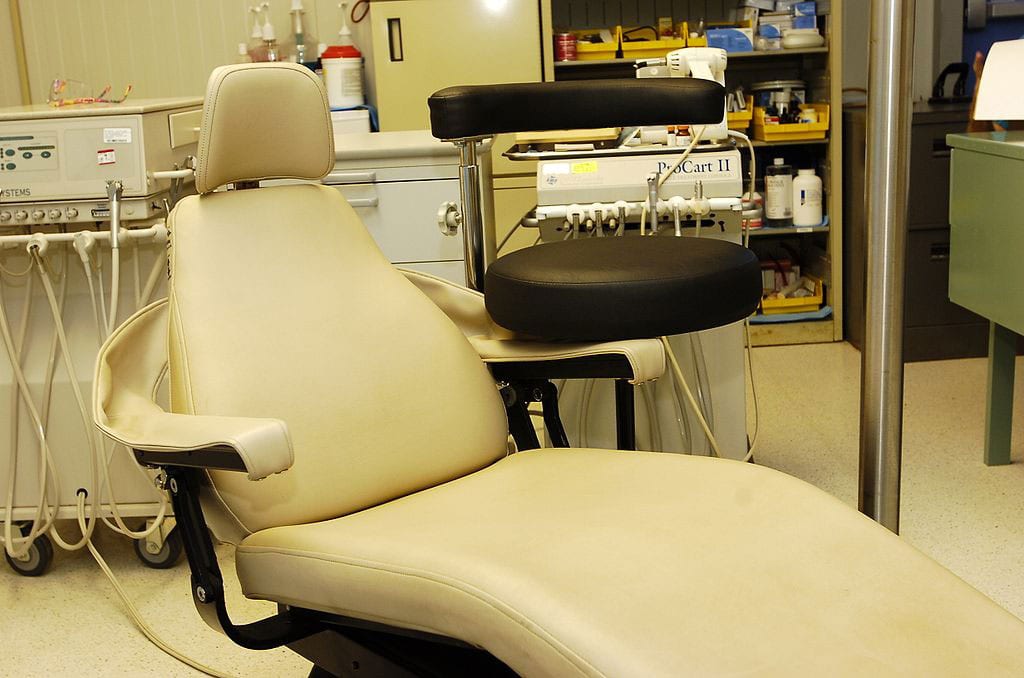 In Missouri, 300,000 Patients’ Dental Care Is In Limbo As State Struggles To Fund Coverage

“They were kind of worn down, and they were also getting little tears and cavities,” she recalls.

Without dental insurance, McCloskey is on the hook for the full $2,400 cost of the procedure. She was given 18 months to pay it before she gets charged interest. That’ll be hard to do on her fixed income. 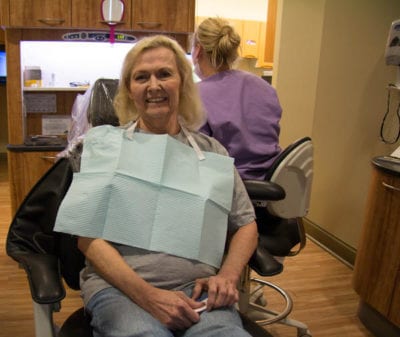 In years past, she would have had to wait to see the dentist again until she could afford it.

But in early April, McCloskey sat in a dental chair at COMTREA, a community health center in Hillsboro, Missouri, while a hygienist confirmed her treatment plan to get a tooth pulled and a cavity filled.

For the first time in 11 years, Missouri Medicaid was going to pay to have her teeth fixed. The state approved temporary funding to provide dental coverage this year.

Now, that funding is in jeopardy as Missouri’s Medicaid agency goes back and forth with the federal Centers for Medicare and Medicaid Services. It’s the latest in a series of setbacks that are keeping about 282,000 Missouri Medicaid recipients without dental coverage.

And it’s a demonstration of how difficult it can be for the 22 states that don’t fully cover dental care to start providing it.

–This story was produced by Side Effects Public Media, a reporting collaborative focused on public health.

Kansas Seeking To Recruit Health Insurers After Departure Of UnitedHealthcare

The departure of UnitedHealthcare could leave Kansans shopping on the federal online marketplace with only one choice of insurer, but Kansas Insurance Commissioner Ken Selzer is working to bring in more.

Deputy Commissioner Clark Shultz says Selzer has for several months been in talks with other insurance companies about joining the marketplace in 2017, and those discussions appear close to yielding results.

“It’s too early to announce that, and we don’t have it secured, but there are some very positive developments,” Shultz said.

The online marketplace is part of the federal Affordable Care Act. It is a central website, healthcare.gov, where Americans can shop for private health insurance and qualify for federal subsidies based on income.

If another insurer does not join the marketplace, Blue Cross and Blue Shield of Kansas will be the only option for Kansans, though they will be able to choose from multiple Blue Cross plans.

–Andy Marso is a reporter for KHI News Service, an editorially independent initiative of the Kansas Health Institute and a partner in Heartland Health Monitor, a reporting collaboration that includes KCPT and KCUR.

Looking For A Knee Replacement In KC? It Might Pay To Head To St. Louis

Kansas City-area residents needing a knee replacement might find it worthwhile to drive to St. Louis. 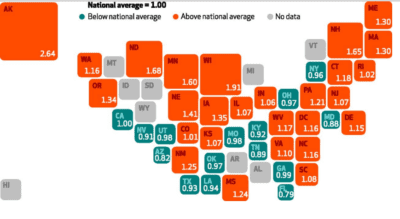 On the other hand, the average cost of an ultrasound in metro St. Louis is $375. That compares with $271 in metro Kansas City, a $74 difference.

The figures come from a newly released study that looked at variations in the commercial prices for scores of common medical services in 41 states and the District of Columbia. Unsurprisingly, the study published in the journal Health Affairs found a wide range of variations, both among states and within them.

Longtime Head Of KC Hospice Organization Is Stepping Down

McIntosh, 66, will stay on until a successor is found. The hospice’s board has formed a committee to lead a national search. 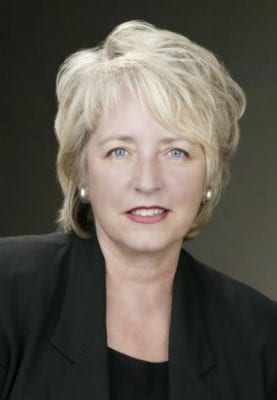 McIntosh said in a telephone interview that she was leaving the organization in “very strong shape” and decided now was an opportune time to leave.

“It has been an enormous privilege for me to be involved with hospice for nearly 40 years,” she said. “And if you go back 40 years, it was barely an idea, but there was a recognition that it was important that we did a better job of taking care of people who weren’t going to get better. And one of the great lessons of hospice is that you are aware that time is passing and none of us will be here forever.”

KCH&PC traces its roots to 1980, when several hospitals, including Baptist, Menorah, Park Lane, Research, Saint Mary’s and Trinity, banded together to form and fund it. The organization now has 450 employees. In 2015, it merged with NorthCare Hospice, which operates as a subsidiary.

More than a quarter of adult Kansans say they don’t have any of five major behavioral risk factors for chronic disease, but the picture isn’t so rosy for minorities, men or people with lower incomes.

In Kansas, 29.1 percent of adults had none of the risk factors, but 11.6 percent reported having three or more — placing them at elevated risk for heart disease, cancer and other chronic illnesses.

Those numbers were roughly in line with the nation as a whole, with 28.1 percent of Americans reporting no unhealthy behaviors and 12 percent reporting three or more.

In Missouri, 26.9 percent of adults reported no unhealthy behaviors, while 11.8 percent reported three or more. As in Kansas, rates were higher among some demographic groups.

–Megan Hart is a reporter for KHI News Service.

Published on April 27, 2016
What if coaches could know as soon as an athlete sustains a head injury? A startup in upstate New York has a wearable device that could help keep players safer by sending alerts and measuring hits as soon as they happen. Special correspondent Sasha-Ann Simons of WXXI and Innovation Trail reports.