A Quick, Clickable Roundup Of Health News From Our Region For The Third Week of January 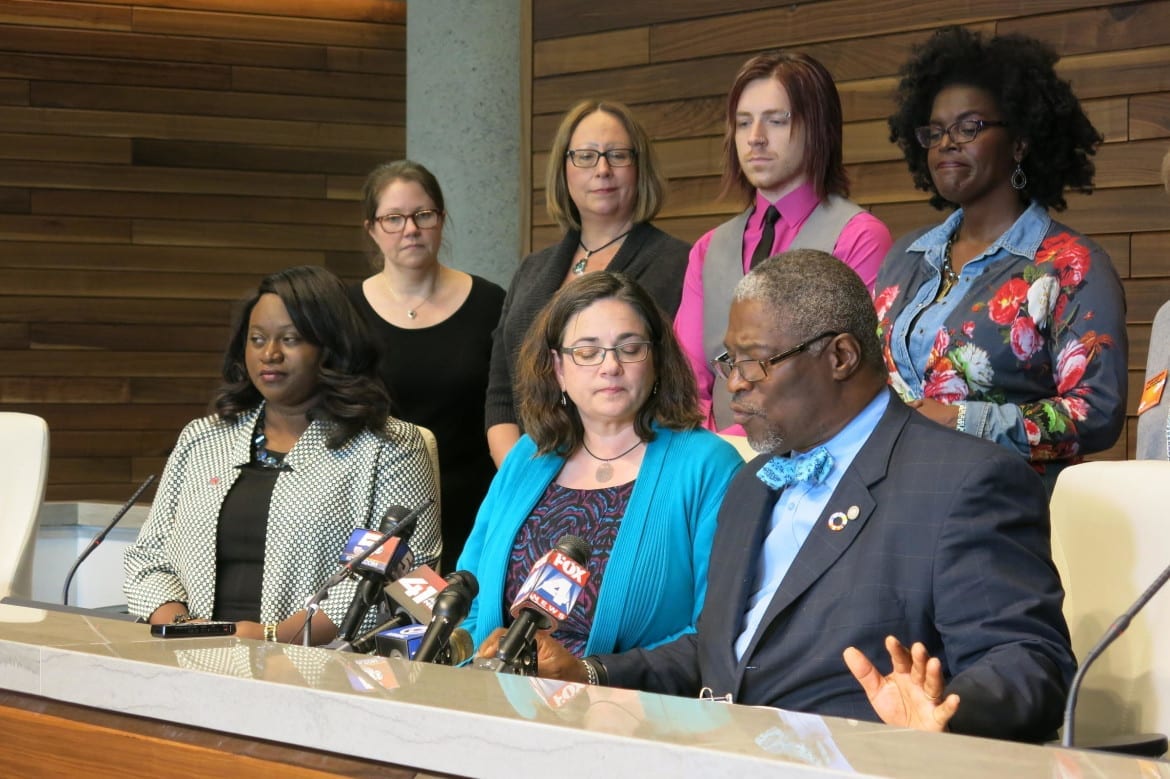 None of the houses Kansas City Councilwoman Alissia Canady lived in growing up east of Troost Avenue in Kansas City, Missouri, are occupied.

Most of the schools she attended have closed.

“When you look at the areas where violent crime is occurring, you see vacant and abandoned houses, high concentrations of poverty, lack of basic resources and poor education,” Canady said Jan. 12 at the first meeting of the Citizens Task Force Against Violence. “It’s almost like it’s the formula for violence.”

Kansas City Mayor Sly James wants the task force to bring him concrete recommendations by November, but the chairwoman of the panel said it would recommend solutions earlier if they become apparent.

— Elle Moxley is a reporter for KCUR, a partner in Heartland Health Monitor, a reporting collaboration among KCUR, KCPT, KHI News Service and Kansas Public Radio focusing on health issues in Kansas and Missouri.

Kansas Medical Board To Take No Action Against Planned Parenthood

The Kansas Board of Healing Arts will take no action against Planned Parenthood of Kansas and Mid-Missouri after looking into whether it engaged in the illegal sale of fetal tissue.

In a conference call with reporters Thursday, Planned Parenthood President and CEO Laura McQuade said the board had sent a letter to Planned Parenthood and its attorney on Jan. 7 stating “no further action will be taken at this time.”

“We absolutely feel vindicated by this,” McQuade said, adding that the Kansas Department of Health and Environment had also conducted two separate inspections and also found no wrongdoing.

McQuade said that because the Board of Healing Arts comes under the jurisdiction of Kansas Gov. Sam Brownback, “he was well aware that we were cleared of any inappropriate activity long before the State of the State address” on Tuesday night.

A tentative plan to save Kansas government more than $2 billion over five years relies heavily on proposed changes to the state employee health plan and Medicaid.

The report, written by the New York-based consulting firm of Alvarez and Marsal under a $2.6 million contract with the state, includes 105 recommendations for “achieving major cost savings.”

The report says the state could save nearly $124 million over five years by limiting state workers to one health insurance option, a high-deductible plan that would require employees to cover a significant portion of their medical costs with money from a health savings account to which both they and the state would contribute.

Several of the 260 pages in the consultant’s report are devoted to addressing two problem areas in the state’s privatized Medicaid program, known as KanCare.

— Jim McLean is executive editor of the KHI News Service

Even with subsidies to make coverage more affordable, many people who buy health insurance on the marketplaces spend more than 10 percent of their income on premiums, deductibles and other out-of-pocket payments, a recent study found. Among those hit hardest, the researchers said, are people who spend nearly a quarter of their income on health care expenses.

“There’s been a lot of talk about how high deductibles and out-of-pocket costs are in the Affordable Care Act, and a lot of anecdotes about that, and this [study] quantifies that in a more systematic way,” said John Holahan, a fellow at the Urban Institute’s Health Policy Center who co-authored the study.

The study used a model to estimate expected household spending on health insurance premiums and out-of-pocket expenses by individuals and families at different income levels using the marketplaces in 2016.

— Kaiser Health News is a a national health policy news service that is part of the nonpartisan Henry J. Kaiser Family Foundation.