When Rivers Can’t be Controlled, Farmers are Left in Limbo 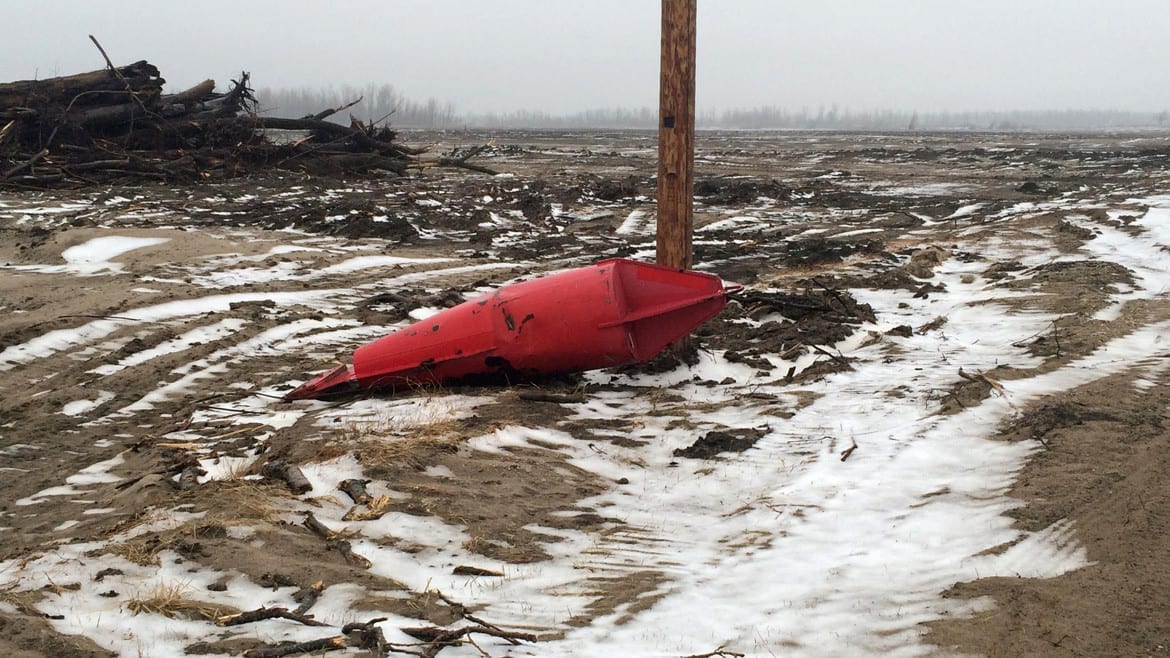 Driving along rough and muddy gravel roads next to what was once a rich soybean field, farmer Adam Thomas gazes out on an upended mess of tubes, wheels and hoses from a nearby farmer’s irrigation system.

Nowadays, his farmland in Miller City, Illinois, looks like a scene from “Lawrence of Arabia.” Layer upon layer of sand as much as 4-feet deep covered nearly 100 acres. Large sand deposits, fallen trees and fragments of a damaged road wreaked havoc on his once fertile farm ground.

The damage is the result of a massive winter flood, which left thousands of acres of Missouri and Illinois farmland damaged. 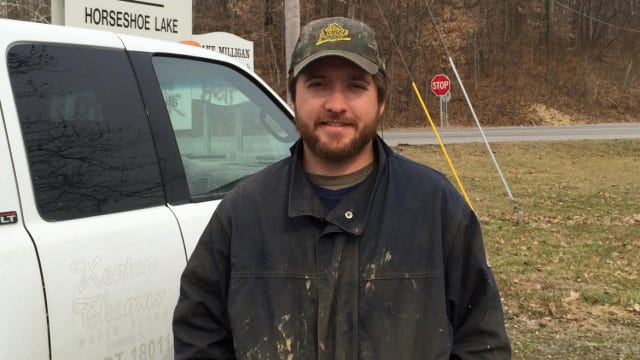 In January, excessive rainfall in the Mississippi River caused a rare winter flood. Floodwaters shattered records, plunging nearly 43,000 acres of land underwater and causing a mile-long hole in the Len Small levee, according to the Natural Resource Conservation Service.

After nearly three months, the levee still has a gaping hole and farmers like Thomas are left in limbo.

Fields today essentially open right onto the river, which could bring water, sand and silt right back onto farm fields this summer. With normal flood season approaching and a chunk of the levee gone Alexander County Engineer Jeff Denny said time’s running out.

“There’s just not enough time and enough working conditions, working days to be able to get in and make some sort of repair or do something,” Denny said.

The U.S. Army Corps of Engineers said it is placing rocks along the Mississippi River’s bank to prevent it from cutting another channel. As for the levee, there aren’t current plans to fix it.

Illinois’ Alexander County farmers are part of a familiar debate about farmland in the floodplain, and who’s responsible for its protection.

Rivers are unpredictable and despite efforts to manage them, they can’t always be contained. That can leave farmers, business owners and residents of the floodplain in the midst of a confusing situation.

“The Midwestern floodplain soil is some of the richest in the world exactly because it has flooded periodically for a millennia,” said Christine Klein, a law professor at the University of Florida.

When farmers plant in the fertile floodplain they’re left at the mercy of both the river and the engineers that try to control it. Throughout the 20th Century, Klein says, huge levee systems, government disaster relief programs and subsidized federal flood insurance were generally created with good intent, but have created untenable futures.

“The net result of those three things is that people are lured into harm’s way,” Klein said. “They say, ‘Well there’s a levee there. They, somebody – someone who’s hopefully omniscient is telling us it’s safe to be here.’”

Now, farmers in Alexander County are left to play a game of Russian Roulette. To plant or not to plant? Farmer Adam Thomas is planning to delay planting his crop, thanks to the potential for flooding through the busted levee.

“The farmers can’t fix it back,” Thomas said. “If the farmers could fix it back, we’d be fixing it back right now. But we just can’t do it alone this time. And we need some help.”