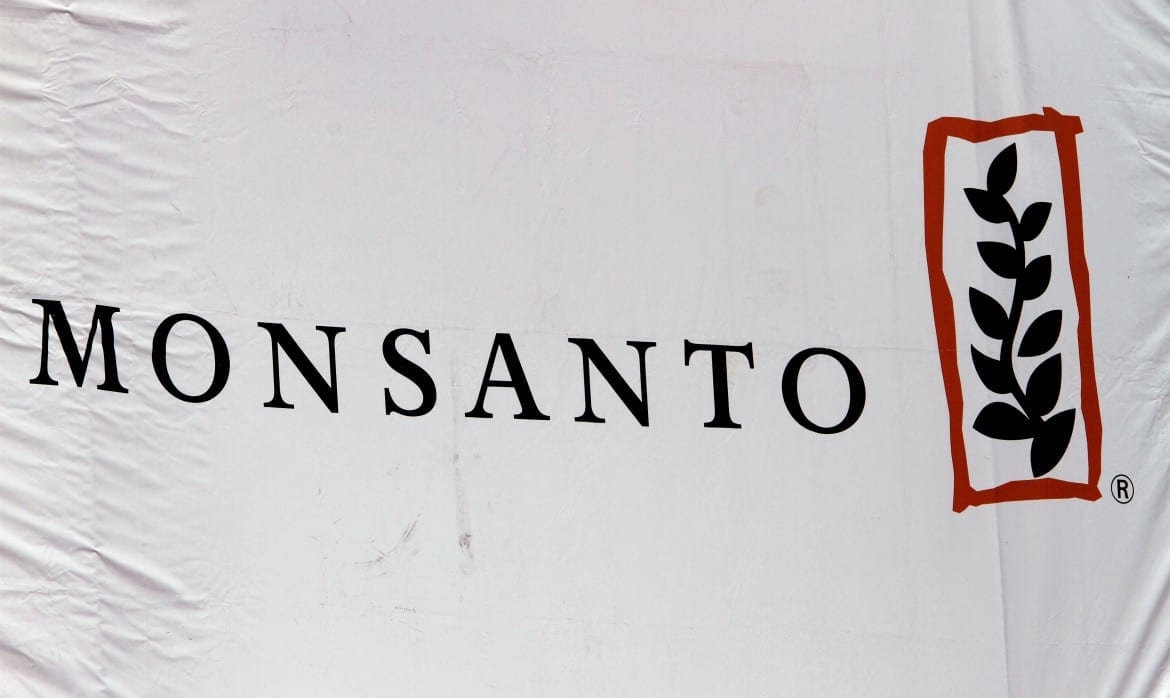 Monsanto, the world’s largest seed company, is attempting to swallow up the chemical operations of Syngenta, the world’s largest producer of pesticides and other farm inputs. The proposed deal signals a change in focus for the agricultural giant, and could have ripple effects across farm country.

By its own admission, Monsanto lags behind in chemistry research. To boost its research in chemistry, and possibly find new ways to combine chemicals and biotech crops, Monsanto wants to buy the Swiss chemical company.

Monsanto’s not the only corporation angling for control of Syngenta. Lately, Syngenta’s chemical division has been the belle of the agrichemical ball, with a few potential suitors. Industry insiders say a competitor in chemical production, Germany-based BASF, is preparing a bid as well.

No matter how the cards fall, farmers will feel the results. The corporations proclaim that deals like this would allow them to bring new technologies to the farm faster and more efficiently, while academics and watchdogs ring the alarm for antitrust officials to crack down.

The deal-making between Monsanto and Syngenta has so far been decidedly one-sided, and uncharacteristically public. Twice now Syngenta has rebuked Monsanto’s offers, citing antitrust concerns. Syngenta representatives have taken to posting letters on their official website that lay out the proposed deal from Monsanto executives.

“This has been a very unusual deal. I’m kinda used to the situation where two parties meet, they argue, you usually walk out once or twice,” says Monsanto’s Chief Technology Officer Robb Fraley. He made the comments to a group of journalists as part of a National Press Foundation program co-sponsored by the Organic Trade Association, the AARP Foundation, the American Farm Bureau Federation and Monsanto.

“This has been a deal that has all played out in the public,” Fraley says.

Lately, Monsanto’s been trying to explain itself to consumers in an attempt to change its brand to that of a warm and fuzzy food company, rather than a shadowy seed conglomerate, chalked up as“farmwashing” by critics.  The corporation’s been on a buying frenzy, moving outside the seed sector into high tech. In the past few years it’s purchased weather analysis companies and big data firms, betting that as climate change takes hold farmers will buy more technology to adapt. The company’s started looking at how drones can be deployed on farms.

Monsanto is widely known as the birthplace for the herbicide glyphosate, sold under the brand name RoundUp, currently the most widely used weed killer in the country. But it was discovered decades ago, and because of its ubiquity it’s become less effective. Syngenta’s chemical brands fill a gap at Monsanto, Fraley says.

“We have historically not been strong in the chemistry space. So the combination of Syngenta’s chemistry business with our seeds and traits will be a nice pairing,” Fraley says.

Monsanto’s proposal involves buying Syngenta’s chemical operation under a larger parent company, with a global headquarters in London. In letters between the two companies, Syngenta executives raise antitrust concerns, and say joining forces with Monsanto brings up a “reputational risk,” alluding to Monsanto’s frequent inclusion on lists of the most hated companies. Monsanto officials suggested the new company would sport a brand new name.

“There’s no getting away from the fact that Monsanto’s name is tainted,” says Hope Shand, a researcher with the ETC Group, a Canadian agriculture think tank.

“In the minds of consumers everywhere, Monsanto personifies the evils of industrial agriculture,” Shand says.

A Monsanto name change is a smart business move, Shand says. Leave the Monsanto baggage behind. But whether the Syngenta takeover happens or not, Shand says the six large multinational corporations that produce seeds and chemicals for farms are primed to start feasting on each other, with global implications. Monsanto officials have already said that if the Syngenta deal never materializes, they’re ready to court Bayer, a German chemical conglomerate.

“What we’re going to see is a whole feeding frenzy among these corporations. Basically we’re talking about narrowing farmers’ options,” Shand says.

That narrowing of options would likely extend beyond farmers in the U.S. One thing that makes Syngenta an attractive acquisition, Robb Fraley says, is its network of research and production facilities in Europe and India.

“I think it’s fair to say that no company has a really strong position in the various countries across Africa and the countries across Asia,” Fraley says. “But if you actually look at the Syngenta footprint and our footprint and you put them together in a lot of these developing agricultural markets, it creates a company that can really make a difference in those geographies.”

Consolidation in farm inputs, which includes everything from livestock drugs to tractors to seeds to pesticides, saw significant acceleration in the late 1990s. The USDA says the introduction of biotech crops spurred much of the consolidation in the seed industry. Now the market for seeds and chemicals is made up of six large companies, which together control about 75 percent of agricultural inputs.

“Greater market power resulting from the structural changes in agricultural input industries means that farmers may pay higher prices for purchased inputs. With stronger legal protection over their intellectual property and fewer firms offering competition, firms can charge higher prices for their new innovations,” reads a 2012 report from USDA economists. “In fact, for the past two decades, the prices of farm inputs have been rising faster than the prices U.S. farmers receive for their crops and livestock.”

Powerful players in the market for seeds and chemicals make up a tangled web of competitors and collaborators. Michigan State University rural sociologist Phil Howard maps the sprawling network here.

“If [the Monsanto-Syngenta deal] is to go through there are a lot of antitrust concerns,” Howard says.

Monsanto argues its proposed deal wouldn’t trigger an antitrust crack down. And if it did, officials there say they’ll pay Syngenta a $2 billion breakup fee. Even if it survives government scrutiny, Howard says another big concern is what deals like this mean for research.

“Companies are very focused on blockbuster innovations,” Howard says. “So they put a lot of money into things that give them blockbuster profits, and they ignore innovations that are needed but are not necessarily going to give them huge returns.”

That’s backed up by USDA research as well.

At a Monsanto lab in Chesterfield, Missouri, a St. Louis suburb, the company’s head of global regulatory affairs, Ty Vaughn, motions to what looks like a large refrigerator door. Inside the mirrored growth chamber, tomatoes, corn and soybeans grow under bright lights.

For the last few decades, rooms like this have been the testing grounds for the company’s game-changing and controversial genetically-engineered seeds. The same seeds that have spawned global protests against the corporation. Vaughn says while the company’s moves into chemistry, data collection, and maybe drones are broadening its focus, genetically-engineered crops will remain its bread and butter.

“Biotech is here to stay,” Vaughn says. “We’ve already shown the value of biotech. And we’re going to continue to have efforts into biotech. These other tools are just going to augment that.”

While the company’s scientific methodology is pretty similar to other public and private seed breeding operations, Vaughn says, what the company excels at is size. The massive conglomerate can churn out new products. What’s novel about its approach?

“We just have a lot of projects and a lot of crops coming through,” Vaughn says. “And so it’s really just scale.”