The loophole behind Monsanto’s new product 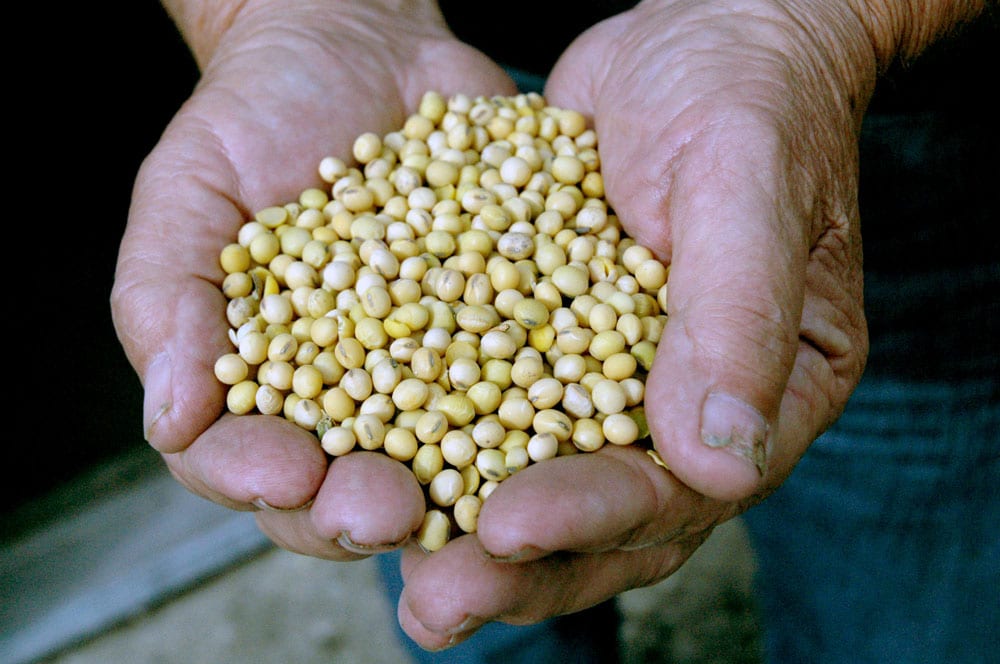 An interesting story by our pals over at the Midwest Center for Investigative Reporting explains that Monsanto is getting ready to launch a new version of its popular genetically-modified seed line. This one is dubbed Roundup Ready Xtend, cotton and soybean seeds set to counter the so-called superweeds that have grown resistant to herbicides.

It’s not surprising a company wants to make profits. What’s surprising about Holly’s story is the loophole he describes among the various governmental agencies that critics say essentially allows Monsanto to squeak by the regulators.

That’s pointed out in the final environmental statement by the Animal and Plant Health Inspection Service, issued in December:

“As long as herbicides are used to produce cotton and soybean, weeds will develop resistance to the herbicides used. Under all four Alternatives, the selection of HR weeds is an unavoidable impact. Growers may mitigate the rate at which weeds develop resistance by adopting best management practices. APHIS does not have the authority to regulate grower management practices nor does APHIS have the authority to regulate herbicide use.”

In other words: This product will also result in superweeds but it’s not my agency’s problem.

The FDA has already signed off on the product. The EPA still must weigh in but Monsanto is clearly planning on a launch next year.

Seems to me that we’re still on what one researcher is calling the “chemical treadmill.” Reporting on a new product by Dow AgroScience, my fellow Harvest reporter Abby Wendle wrote about concerns by Mark Bernards, an assistant professor of agronomy, crop science, and weed control at Western Illinois University.

“My big concern with this product is that we’ve used other products in the past,” said Bernards told Abby. “And because it’s good and it’s easy, we overuse it and that leads to problems.”

Bernards said for years farmers have been running on the “chemical treadmill,” hopscotching from chemical to chemical as weeds develop resistance. Now we’re at the point where farmers simply can’t do that.

“We’re right on the edge of the treadmill and there’s nothing beyond to tread on to that we can see clearly right now,” said Bernards. “So the concern is: do we get thrown off the chemical treadmill?”

Last fall the USDA acknowledged that herbicide-resistant weeds are a problem and announced some “sustainable” ways to combat them.

Abby’s story ends with a hopeful quote by Sid Abel, USDA’s assistant administrator for biotechnology regulatory services. He told Abby that the USDA is in the “talking phase” of offering farmers financial incentives to use more holistic weed management practices.

For more stories and blogs on food and field, see Harvest Public Media.