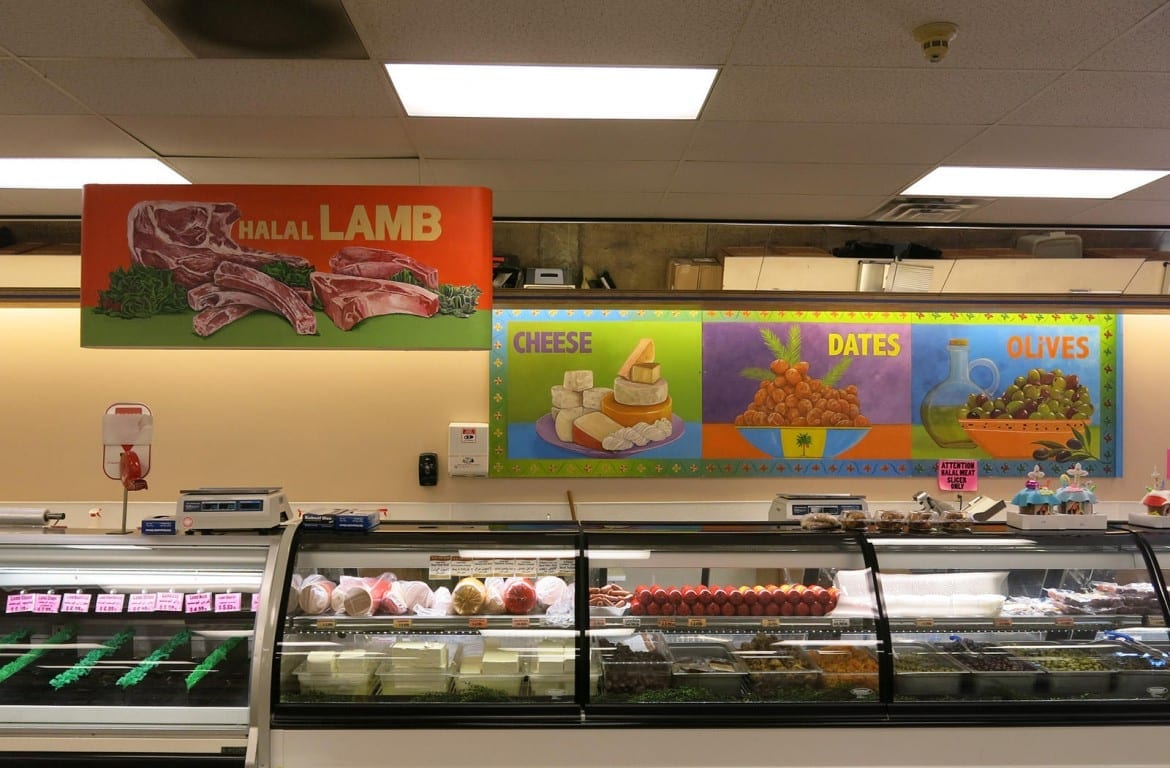 Once a regular dining option, a mix of cultural and economic factors pushed lamb off the American dinner table. To put the meat back on the menu, ranchers and retailers are being encouraged to reach out to a more diverse set of consumers, specifically American Muslims and Latinos.

Sheep ranchers, feedlot owners, and processors in states like Colorado, Nebraska and Illinois are banking on America becoming a more diverse place. Without more Muslim and Latino communities embracing local lamb, the industry fears this niche meat could slip even further off the dinner plate, or be completely usurped by foreign producers like Australia or New Zealand.

Today, the average American eats roughly a half-pound of lamb per year. That number has been dropping for decades. Compare that to the more than 50 pounds of beef and almost 90 pounds of chicken each American eats every year. Megan Wortman, executive director for the American Lamb Board, the industry’s producer-funded promotional arm, says lamb is saddled with perception problems.

“We’ve lost a couple generations that just do not have any experience with lamb, or they’ve had a really bad experience with lamb,” Wortman said. “The grandmother who overcooked it, and it was tough and brown and dull and gamey. They put mint jelly all over it. We like to say our lamb today isn’t really your grandfather’s lamb.” 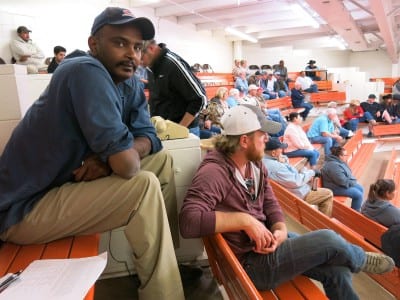 A report from the U.S. Department of Agriculture’s Agricultural Marketing Research Center puts it bluntly: “The majority of U.S. residents do not consume any lamb.” The agency adds that for the most part the growing ethnic populations in the northeast and on the West Coast have kept the American lamb industry afloat.

After a market crash in 2012, the American Lamb Board set its sights on creating new demand in Muslim and Latino markets. In 2013, there were an estimated 5.7 million American Muslims with $98 billion in spending power. The Lamb Board’s market analysis puts the Latino population at 54 million, with $1.2 trillion in spending power. To put its plan into action, the Lamb Board is now giving ranchers and retailers lists of “dos and don’ts” when marketing lamb to ethnic consumers — like avoid showing women in hijabs or men in sombreros on packaging — and rolling out a website specifically targeted at the growing group of consumers.

In the meantime, even without targeted advertising and marketing, buyers and processors are seeing a boost while the face of America changes. In Fort Collins, Colo., Abdel Himat sits slouched on the bright orange benches of the Centennial Livestock Auction. He’s at the auction house every week for the lamb sale.

“We’re looking for good lambs,” Himat said. “Good meat on them. Good size. 100 pounds or less, that’s what the ethnic market wants, which is different from what the American likes. They like them bigger, more fat on them.”

The auction is fast-paced, with an auctioneer barking prices into a loudspeaker. But for Himat, it’s all second nature. He started at the auction after leaving his native Sudan 16 years ago. Back then he says he was the only Muslim buyer here, taking home about 20 lambs a week. Now he has competitors, and he buys hundreds of lambs at auction.

He essentially acts as a lamb broker. He buys the young sheep from Colorado, Nebraska, and Wyoming ranchers at the auction, arranges for them to be slaughtered and processed to Islamic standards known as halal, and then drives the meat to about a dozen ethnic and international grocery stores in metro Denver.

Some of the lamb Himat buys ends up at Mehran Diba’s Arash International Market in Aurora.

“This is the meat department we have. This section is part of lamb, lamb ribs, lamb shoulders, lamb neck, lamb legs,” Diba said.

Although on this day, almost the entire section is empty. A rush on lamb wiped out the case. Diba says the demand for lamb sometimes outstrips his supply. After Easter he had to send his buyer on an overnight trip to a Montana auction house to keep his store stocked.

“It’s not that easy. Montana, Wyoming, wherever we can find, he goes,” Diba said.

There’s often not enough lambs, or at least not enough cheap ones, at auction to fill his meat case at busy times of the year. His customers are looking for a very specific type of lamb, one that’s lean and small. Many of his customers also ask that it be halal-certified. All those attributes run contrary to the production model many American ranchers use, fattening the animals on feedlots to grow larger, and subsequently, more profitable.

To adequately serve the growing Muslim and Latino markets, and compete with lamb-producing powerhouse countries, the way American ranchers raise sheep, and the way processors slaughter and butcher the animals, will need to change, says Anders Hemphill, vice president of marketing with Superior Farms, one of country’s largest lamb processors.

“What we’re really starting to see is a new generation of younger sheep ranchers who are coming in and they’re very eager to better understand the market and really bring things to market that are going to be applicable to different consumer segments,” Hemphill said.

Rancher A.J. Nelson, who helps run Cactus Hill Ranch near Windsor, Colo., agrees. His family’s been raising sheep since 1918. Nearly all the sheep in Nelson’s feedlot end up in processing plants that are halal-certified, bound for grocery stores in the northeast and on the West Coast.

“Marketing it towards the Muslim and Mexican communities, that’s definitely the way to do it,” Nelson said, “if you’re going to want to sell it in any real volume.”