My Farm Roots: Farm Kid Without a Farm 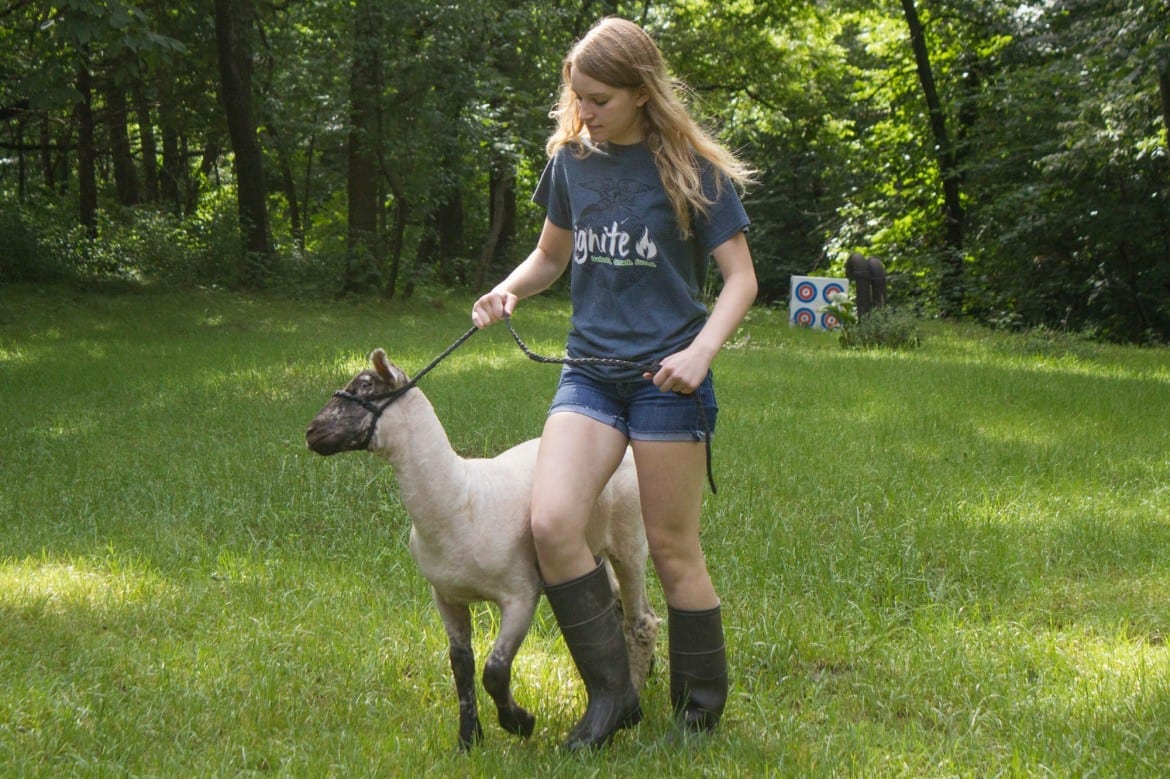 In the Midwest, agriculture can be such a strong lure that there are some farm kids without farms.

Ally Babcock lives with her family in a modern subdivision in Ames, Iowa. Tucked under the home’s back deck is a tiny barn space, enough room for her sheep and rabbits.

“It’s a little difficult [not living on a farm],” Ally said, “because you gotta work with where you can keep animals. There’s not a lot of opportunities right here at home, so I’ve got to go places and find things. I’ve got to seek out opportunities to be involved in agriculture, with my grandparents and with other things that I do.”

A high school junior, Ally, 16, is the North Central District FFA secretary and serves on the state 4-H Council. She knows her experiences with agriculture are different from the other FFA and 4-H members who actually live on farms.

“Those other kids that have grown up on a farm have more of like a day-to-day, it’s what they do,” she said. “Since they were young they’ve raised cattle or raised hogs.”

“I kind of understand a little bit, but I don’t know what it’s like doing it all the time. And my projects are a little bit smaller and I’m not quite fully immersed in it as other kids would be.”

But Ally’s grandparents still farm, and not too far from where she now lives. She helps her grandmother with animals and her grandfather with crops.

“When I was younger it was definitely my mom bringing us out there [to the farm],” Ally said, but riding on the combine and helping with the horses eventually became a welcome escape from town living.

Now, she says, she and her six siblings “just love going out there, it’s kind of our happy place and there’s just so much fresh air and you get to be around all the animals and everything.”

Ally’s own agriculture projects began with rabbits when she joined 4-H in fourth grade. Her introduction to breeding rabbits came unexpectedly.

“The first time my rabbits were ever bred was when my family went on vacation and we had our pastor at our church [who] volunteered to take care of our animals for us,” she recalled on a recent summer day. “He said one night he must not have gotten the cages all the way shut and so he went out there the next morning and both of my rabbits were running around and one was a male and one was a female.”

About a month later, Ally had her first litter of bunnies. She’s planning now to branch out from fancy breed show rabbits to meat rabbits. But she’s also raising her first sheep.

“I’ve shown him quite a bit and I’ve really enjoyed doing that,” she said.

Even though Ally’s neighborhood has trees and close-together houses, just beyond her street a huge cornfield stretches across the landscape. Currently, Ally leads her sheep around her family’s trampoline and past the swing set when she takes him out for exercise each day.

“I’m hoping to possibly get another ewe to breed this winter,” she said, “and possibly, if I can find some pasture, I’m going to hope to branch out into the sheep area a little bit more.”

She says she knows other kids who rent land to raise their animals. She plans to stick with agriculture after high school. Animal science and agronomy both interest her as possibilities in the future. Or maybe agricultural communications.

“Agriculture is something I feel passionately about and something I enjoy a lot,” Ally said. “I would say the most intriguing thing about it is just the importance of it, because—we talk about this at FFA conferences and everything all the time—but the amount of people there are to feed in the world. And you’re a part of something amazing and something big. It’s important.”

The familiar “farmers feed the world” message has extended from the fields to capture her imagination.