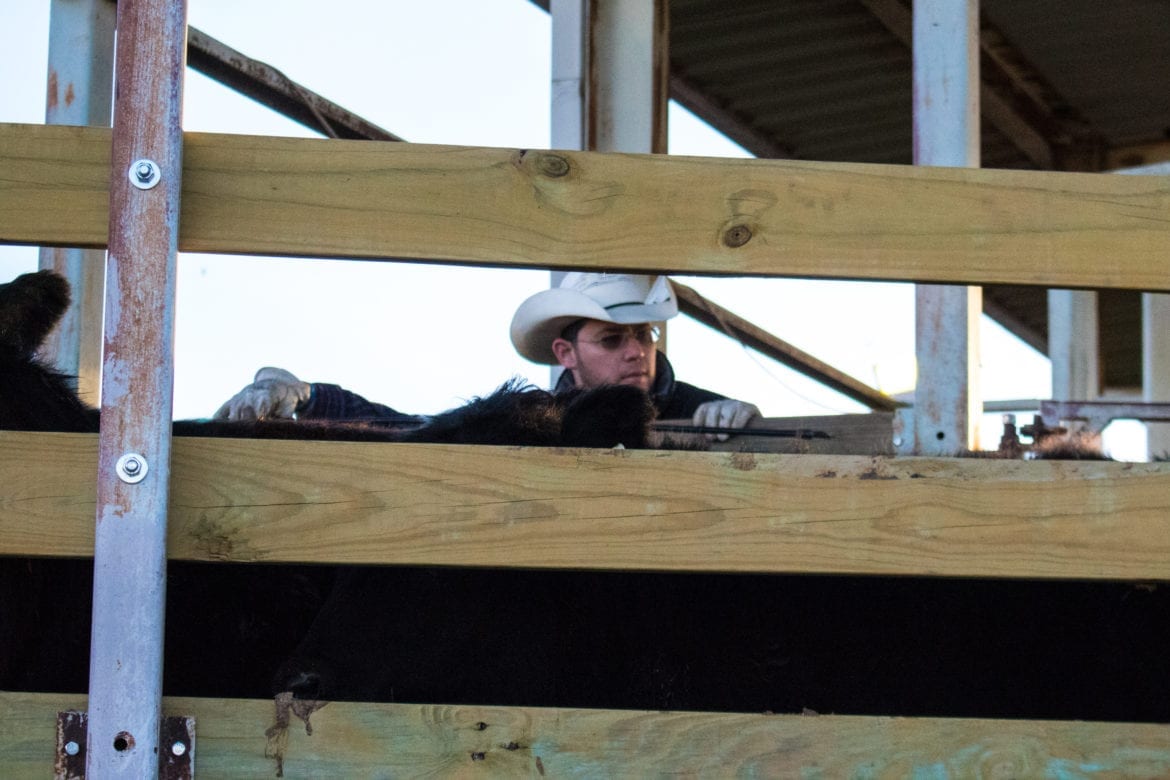 On a brisk and busy January morning at the Oklahoma National Stockyards, cattle arrive for auction in trailers pulled by pickup trucks — and leave in double-decker cars towed by semis.

The Oklahoma City auction is one of the largest markets for young calves that aren’t quite old enough or fat enough to be slaughtered. The day’s haul was a good one: More than 10,000 head of cattle were sold off.

These large auctions and ones in much smaller sale barns across the country collectively take in about $80 million every year from a $1-per-head “check-off” fee paid every time ranchers and producers sell an animal.

The check-off is administrated by the Cattlemen’s Beef Promotion and Research Board, a network of 45 state-based boards and councils that collects the money to promote the beef industry.

Congress created the program in the ‘80s to grow the market for beef. By law, check-off money collected by the beef board can’t be used for politics — or lobbying. But a small and growing group of ranchers like Paul Muegge aren’t buying it. 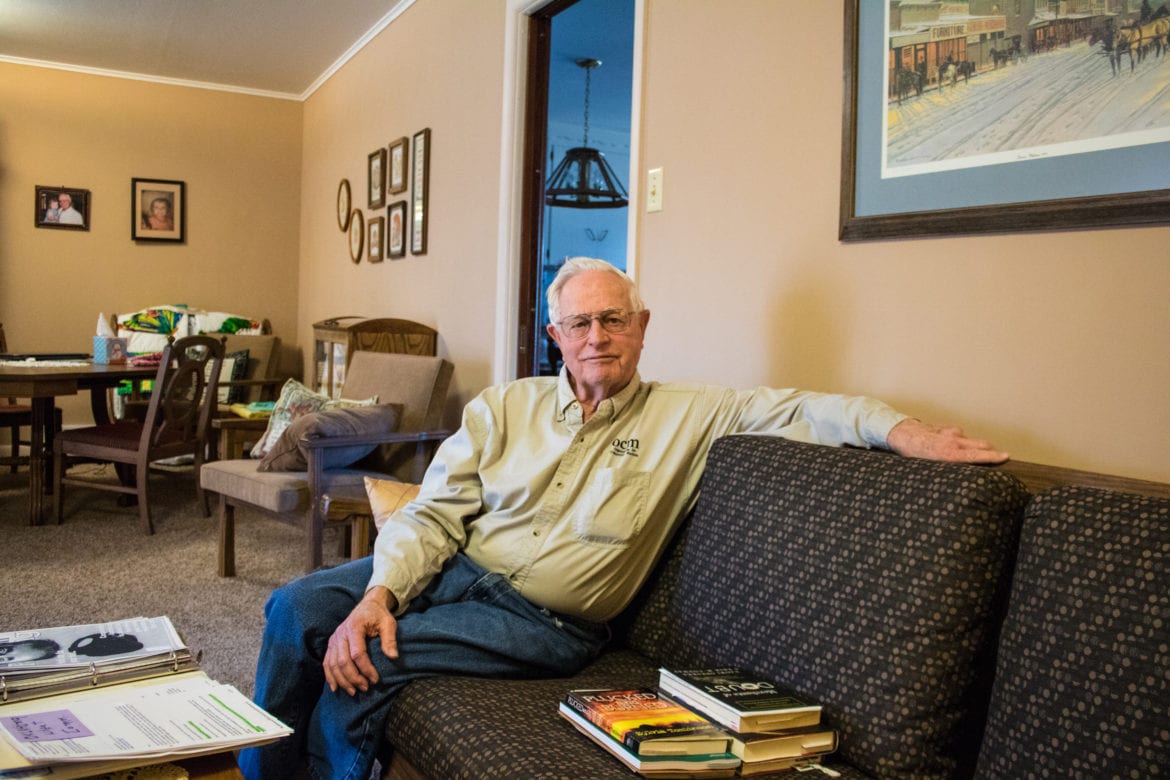 “It’s the misuse of the money for political purposes that’s that’s caused the problem,” says Muegge, a former Oklahoma state senator and member of the Organization for Competitive Markets, a small group that is critical of the check-off program and beef board.

Muegge says check-off money and beef boards have very little oversight, and he points to his own state as proof.

In October, the Oklahoma Beef Council filed a civil lawsuit to recover $2.6 million dollars it says was embezzled by a former accounting and compliance officer. An internal audit obtained by Harvest Public Media suggests hundreds of thousands of dollars of ranchers’ money vanished every year for seven years. Through attorneys, the former compliance officer declined interview requests.

The state and national beef boards declined interview requests, but confirmed in statements that they are cooperating with an investigation. The U.S. Attorney’s Office in Oklahoma City said there was an investigation but would offer no details.

There is no evidence the Oklahoma Beef Council used any check-off money for illegal political activity. But Mike Callicrate, a cattleman who operates out of Colorado and Kansas and is a  founding member of the Organization for Competitive Markets, says the investigation and lawsuit merit increased scrutiny of the national beef check-off program.

“They’re not even watching the bank account!” Callicrate says.

Over the years, a growing segment of the nation’s 700,000-plus ranchers have complained that the federal check-off program has ballooned into a billion-dollar cash cow for big ranchers and multinational meatpackers.

A top complaint from Muegge and other members of the Competitive Markets group is that the check-off program effectively requires them to fund a system they say promotes large-scale producers over smaller ranching operations.

The fight has moved from the cattleyard to the courtroom. The Organization for Competitive Markets is suing to force the USDA to turn over records related to an audit of the check-off program. 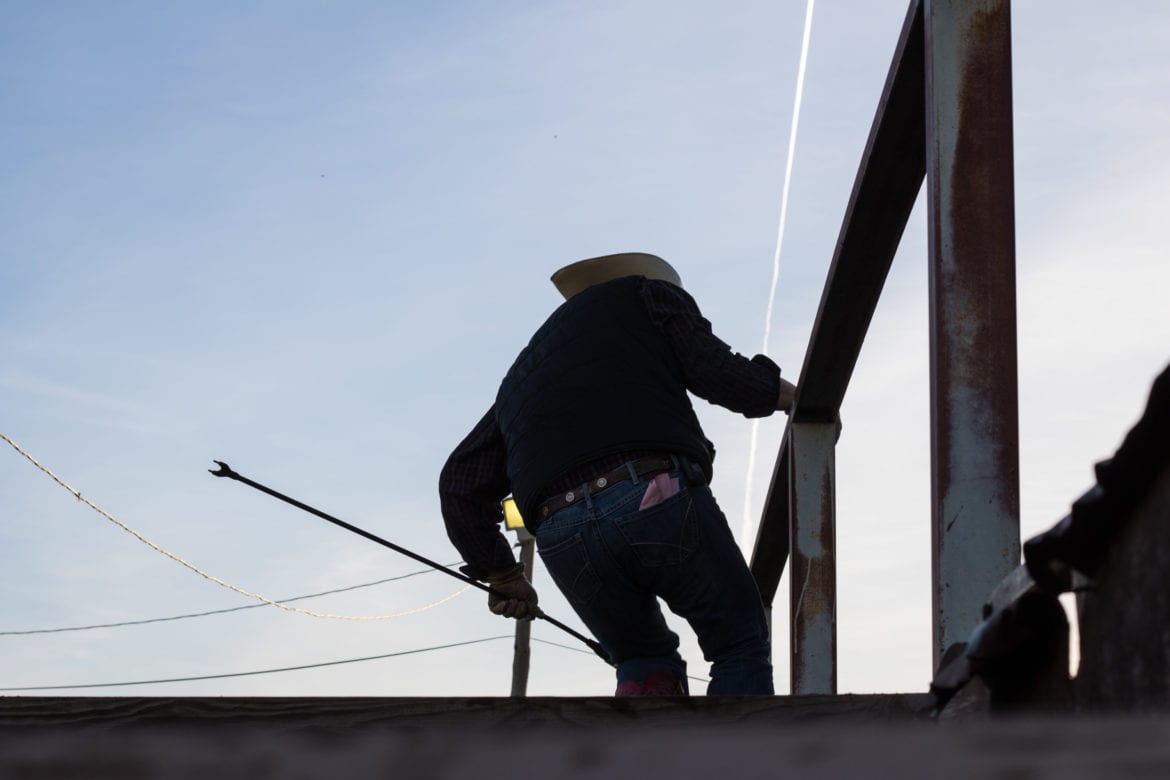 The group suspects check-off money has funded illegal political lobbying by the National Cattlemen’s Beef Association, which did not immediately respond to requests for comment. The Colorado-based association represents the majority of farmers and ranchers and has denied using check-off money for political influence.

Members of the Competitive Markets group are convinced their money is being used against them. The lawsuit is due back in court in March, and that’s when activists like Callicrate and Muegge hope they get a lot more answers to their questions about how the beef check-off money is being spent.

“If you’re collecting money from a lot of varied interests (then) I think you’ve got to be open and transparent about where it’s going,” Muegge says. “We just can’t get straight answers any more.”