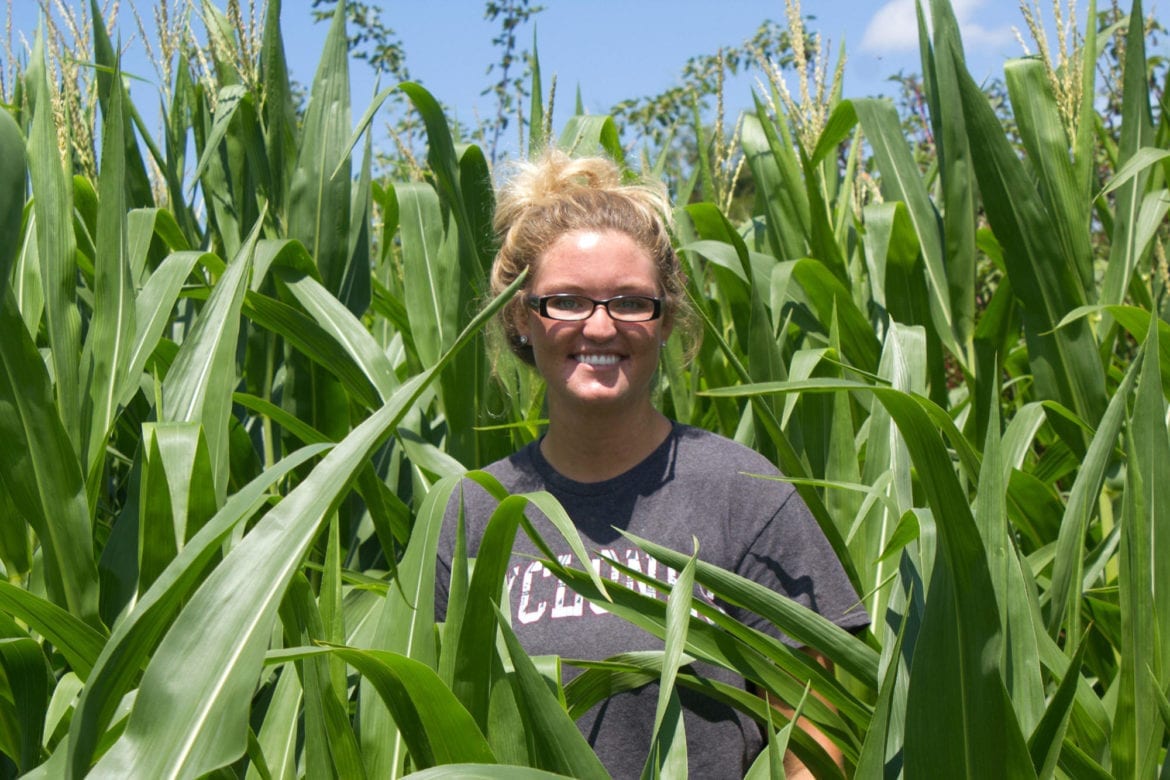 Pictured in the corn fields of the student-run farm she helped manage this summer, Taryn Riediger is an aspiring farmer. (Photo: Amy Mayer | Harvest Public Media)
Share this story

Sponsor Message Become a Flatland sponsor
Growing up on a family farm in West Bend, Iowa, Haley Banwart and her brother were like other farm kids. They did chores, participated in 4-H, and even raised cattle together.

“My brother and I have had the same amount of responsibilities. I can drive a tractor, I can bale square hay,” Banwart says. “But it was just expected that my brother would return home.”

She says they never discussed it, she just accepted that she’d find a different path.

“It was always kind of the unwritten rule that my brother would go back and farm,” she says.

Haley’s brother, Jack, is four years younger. She has a degree in agricultural communications and journalism from Iowa State University and a job at theCoalition to Support Iowa’s Farmers. Her brother will start college in the fall.

The farm he returns to in four years will have high-tech machinery, and he’ll rely on and benefit from scientific advances and a constant barrage of data and information. Farms look different in many ways than they did decades ago. But the tradition of sons returning to take over remains a strong one.

Gradually, though, women are starting to notice some changes.

The 2012 Census of Agriculture counted women as nearly a third of the nation’s farmers. Some start small vegetable operations. Some work on big commercial farms. Others do the books for their husbands. All are more likely to raise their hands and be counted as “farmers” than women of generations past. 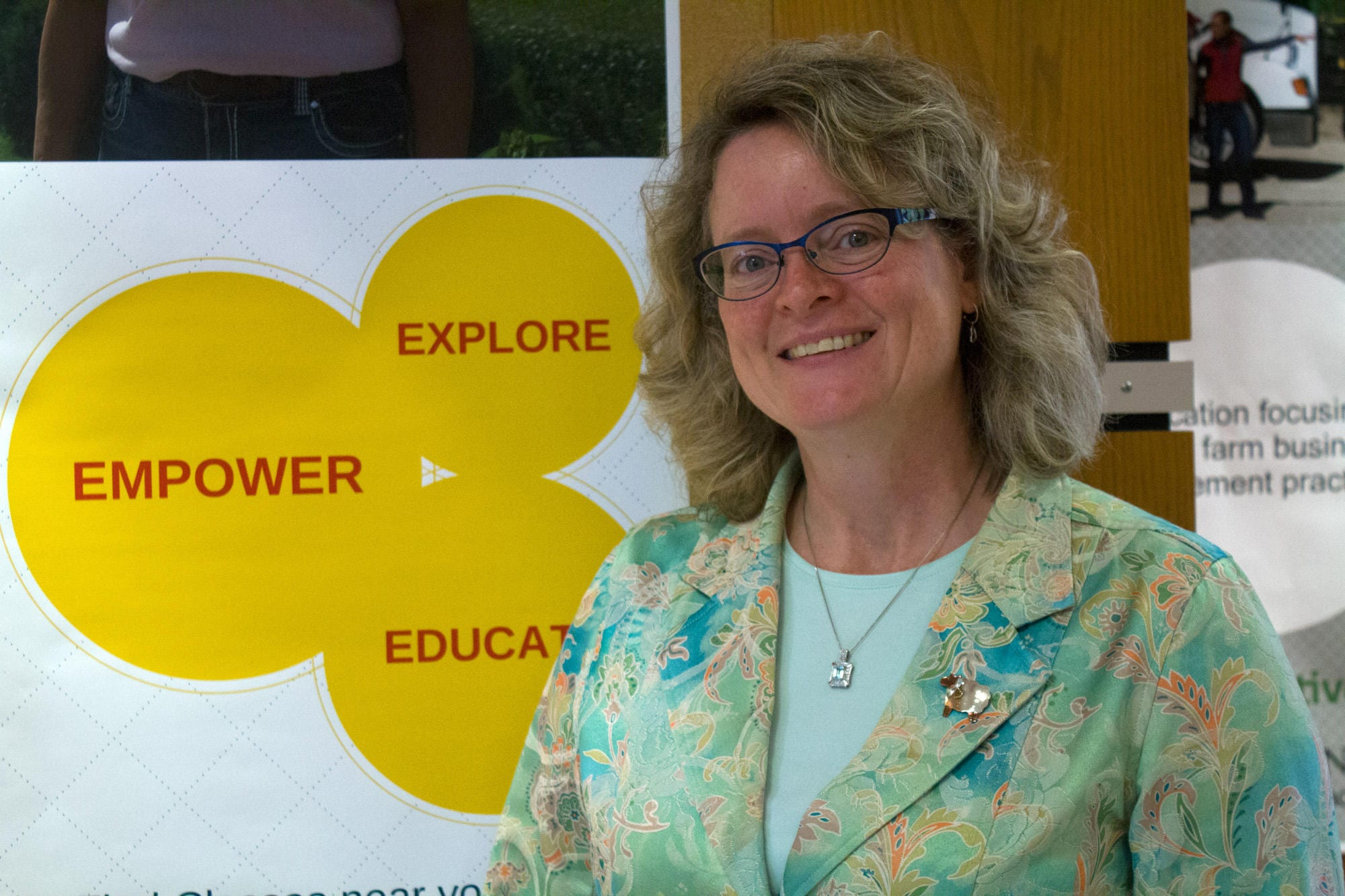 “My mom milked the cows, she drove the tractor, she did the paperwork, she did all these things but she didn’t call herself a farmer,” says Madeline Schultz, program manager of Women in Agriculture at Iowa State University Extension. “She was a farmer’s wife and she didn’t make the decisions.”

Schultz says she and her sisters also deferred farm or business decisions to their husbands.

Schultz’s year-old outreach program is helping change that for a new generation of women. She says historically extension offerings were not serving women as well as men and women were seeking ways to learn more in environments where they felt comfortable asking questions and helping each other.

“There’s this whole phenomenon of women across the country taking on greater leadership roles and…it’s a little slower for agriculture,” Schultz says.

Today, her 30-year-old daughter is a farmer.

“My daughter graduates from Iowa State University and heads back to the family farm and just assumes that she is a decision maker,” Schultz says.

Soon, Schultz’s parents will be selling their dairy farm to their granddaughter.

Women are close to or more than half of students at state ag colleges all over the Midwest, including Iowa State, Missouri, Kansas State, Nebraska, and Colorado State. Still, talk to students on campus and you’re likely to find it’s the men planning to head straight back to the farm after college.

Virginia Hanson, who teaches ag communications at Iowa State, has found that dichotomy  in her classroom. For one assignment, her students make films about their farm lives.

“The stories that the male students produce show a lot of continuity,” Hanson says. “They have worked side by side, often with their fathers or grandfathers, on the farm.”

She says they come to college knowing they are expected to be the next generation on the farm. The women have different stories. 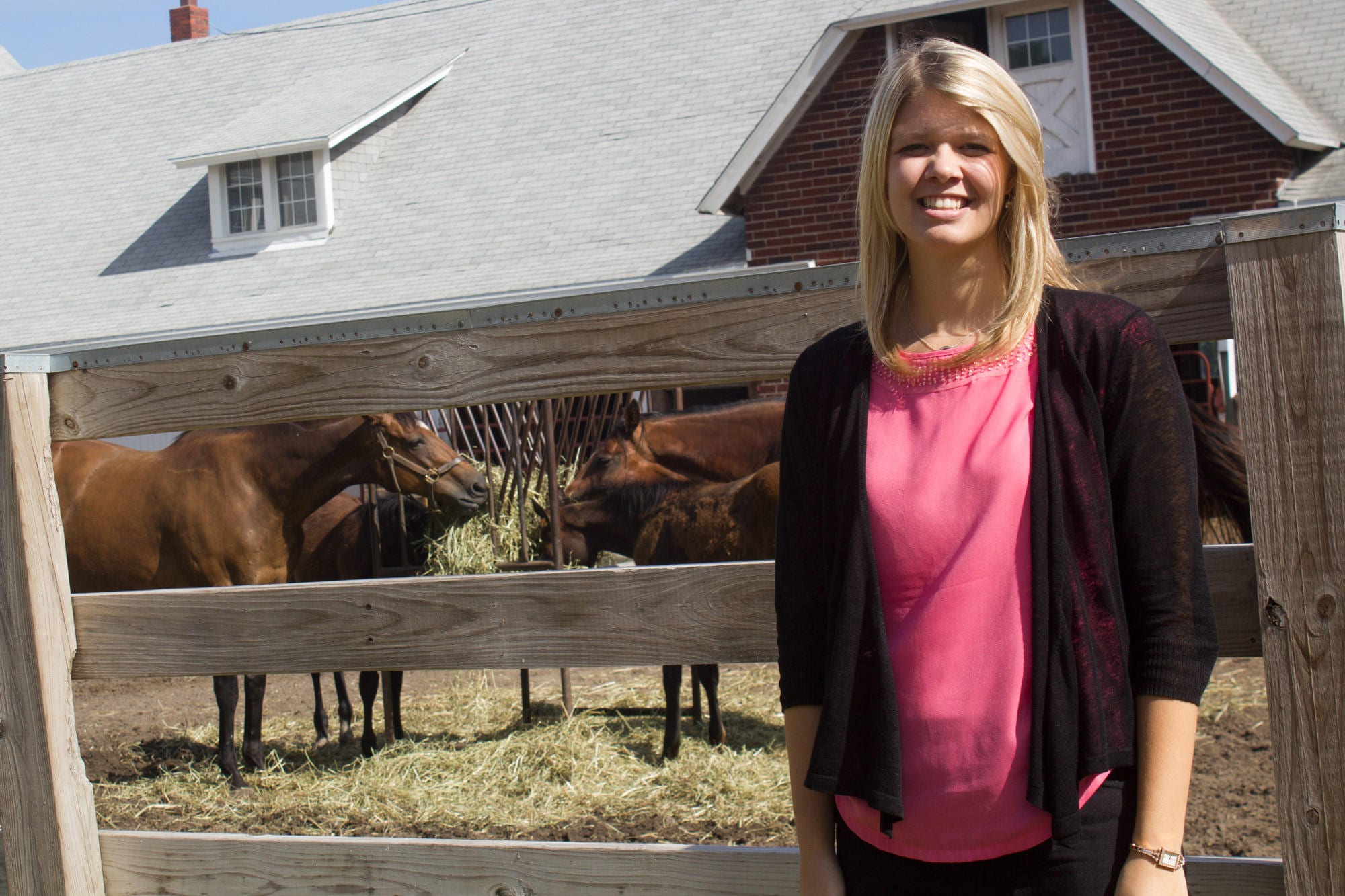 “Their films show the same passion for agriculture, the same love of their family farm, the same regard for their parents. And the same just infectious enthusiasm they have for growing up on a farm in Iowa,” Hanson says. “But they are unsure about where they’re headed.”

Hanson says among about 200 students she hasn’t had a single woman say her plan was to go home and farm with her family after graduation.

Taryn Riediger, one of Hanson’s recent students at Iowa State, would like to. This summer she was president of the student farm class, which runs a grain and hog farm owned by the university. The oldest of seven kids and 21 grandchildren, she grew up among the family’s various farm operations. She says her grandmother always made sure the boys and the girls were all doing all the different kinds of jobs. Her mom worked on the farm alongside brothers and Riediger says her aunts were also involved. Her dad, on the other hand, would help out as needed, but had a job off-farm.

Riediger will graduate from Iowa State in December, but she won’t go back home right away.

“There’s not exactly a spot specifically for me, at least right now, to go back and be part of the farm,” she says.

But Riediger is confident it’s not her gender that’s preventing her from returning now. She’s close to her uncles in age, she said, so they are young and not thinking about bringing in the next generation. But Riediger hopes someday she’ll be able to farm full-time.

“I would love the opportunity to,” she said, “but my plan as of right now is to do livestock production for someone else.”

Many young women in ag say they hope to farm and raise children. As they do, the next generation of farm kids will inherit a different world, and amid the inevitable advances in technology and science, perhaps there will be further changes to gender-role expectations.