Bridging the cultural divide through soccer

In a meatpacking-plant town, a common language is found on the field 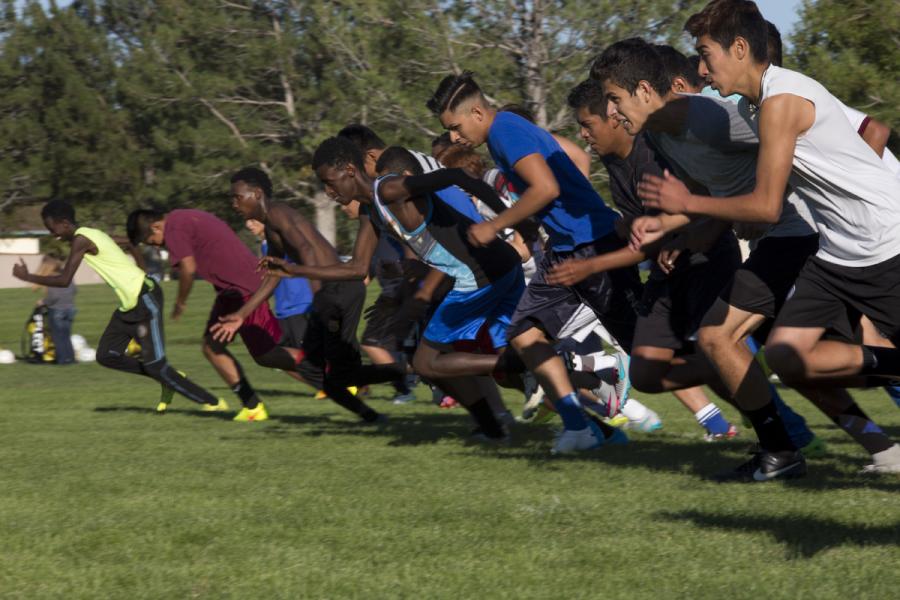 The Fort Morgan Mustangs run a stride, or one length of the soccer field, for each player late to practice. (Photos: Poncie Rutsch | Harvest Public Media)
Share this story

Fort Morgan is a town of about 11,000 people tucked into the farmland of northeastern Colorado. Among its residents are people of Latino and European ancestry, and more recent immigrants, including refugees from eastern Africa.

The town is home to a Cargill meat-packing plant. In areas home to the meatpacking industry across the Midwest, it’s a similar story: the plants draw refugees and immigrants to towns that haven’t hosted particularly diverse populations in the past, making the communities different from their surroundings.

“Our little town – it’s an anomaly,” says Nick Ng, the soccer coach at Fort Morgan High School. “We have all these people from other places in the world and we have one thing in common: soccer.” 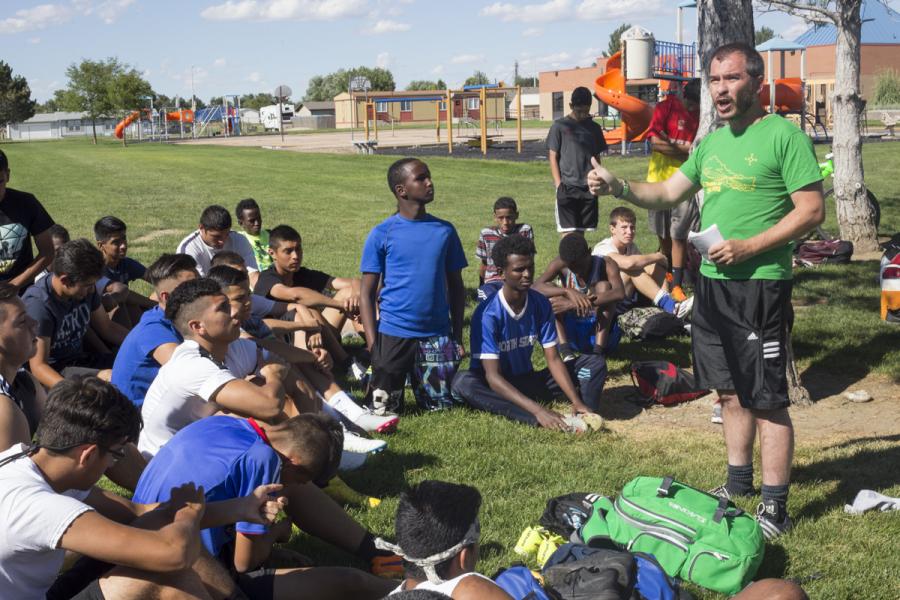 From the moment the boys show up at the first week of Mustangs practice, they break into groups. There are a few clusters of Latinos and a few clusters of Africans lacing up their cleats before practice. Any lone rangers get absorbed into other groups.

It looks a bit like a high school cafeteria. The divisions aren’t cliques per se, but they do seem to be rooted in ethnicity or neighborhood.

“It’s a comfort zone.” explains Coach Ng. “I do need to do whatever I can to break down some of those barriers.”

Ng calls roll to start practice, then asks the high schoolers to shout out their hometown or home country.

Even though the boys are from very different backgrounds, rarely do they have misunderstandings. It’s when they face other teams that feelings get hurt.

“We’ll play some schools that don’t have the diversity we have,” says Ng, “and yes things are said on the field.”

Occasionally a racial slur comes out. Ng and assistant coach Juan Anguiano have to find ways to talk about these confrontations.

“It’s tough when somebody calls you a [N-word],” says Anguiano. “If the referee doesn’t hear you it’s totally legal, so you have to take it as a man and do the right thing.” 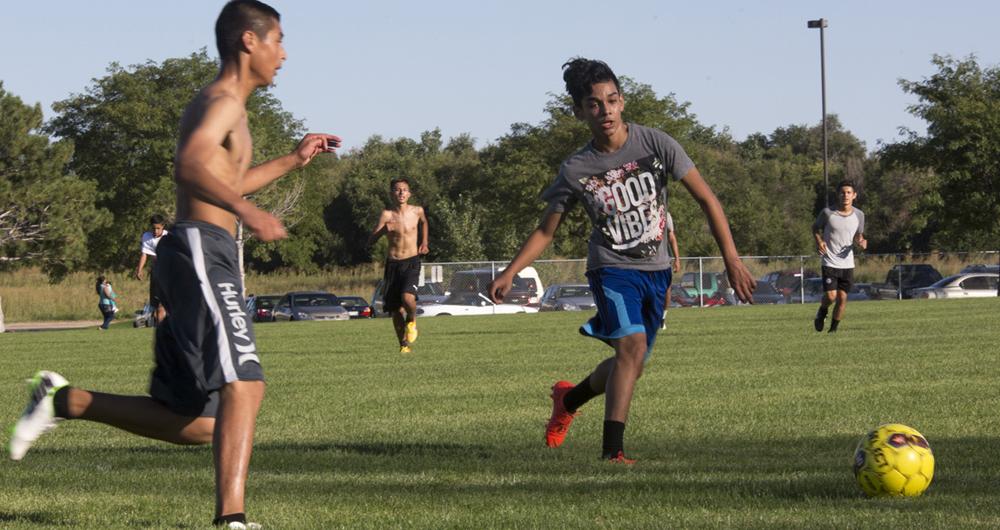 James Lara chases the ball at a scrimmage at Mustangs practice.

The important part, says Ng, is that they boys stay calm on the field. They tell them that they have to block out what the other team says, it’s part of the game. He and Anguiano always makes a point to talk about what happened, but after the game.

Coach Ng also has a few strategies to get the boys to bond. If anyone uses a swear word during practice, the whole team drops to the ground and does 50 crunches. For each player who is late, the team has to run one length of the field at the end of practice – half of it at a sprint.

When the team scrimmages, there’s always a mix of players waiting on the sidelines to enter the game.

Lara is sitting next to his best friend Eddie Muñoz, or as he refers to him, “my bae.” Both are sophomores who have grown up in Fort Morgan and identify as Hispanic. Next to them is Duale Abdi, who moved here from Somalia, with a brief stop in Cleveland, Ohio.

Abdi wants to play professionally, and he sends his dad photos since he can’t come to the games.

At the end of practice, the team does something that Coach Ng calls “hands around.”

“Everyone’s shaking hands, introducing themselves over and over again so that we get to know each other’s names,” says Ng.

Each player has to touch three hands before they can go home. If they know all the other players’ names, they still reach out and say something to show sportsmanship, like “good game” or “nice play.” Next Coach Ng is thinking of getting the boys to draw names from a hat. Whoever they pick, they will eat lunch with every day that week.

“The more they get comfortable with each other the more casual we are around each other,” says Ng. “That’s what we need to build up a team.”

This story was originally produced by KUNC.