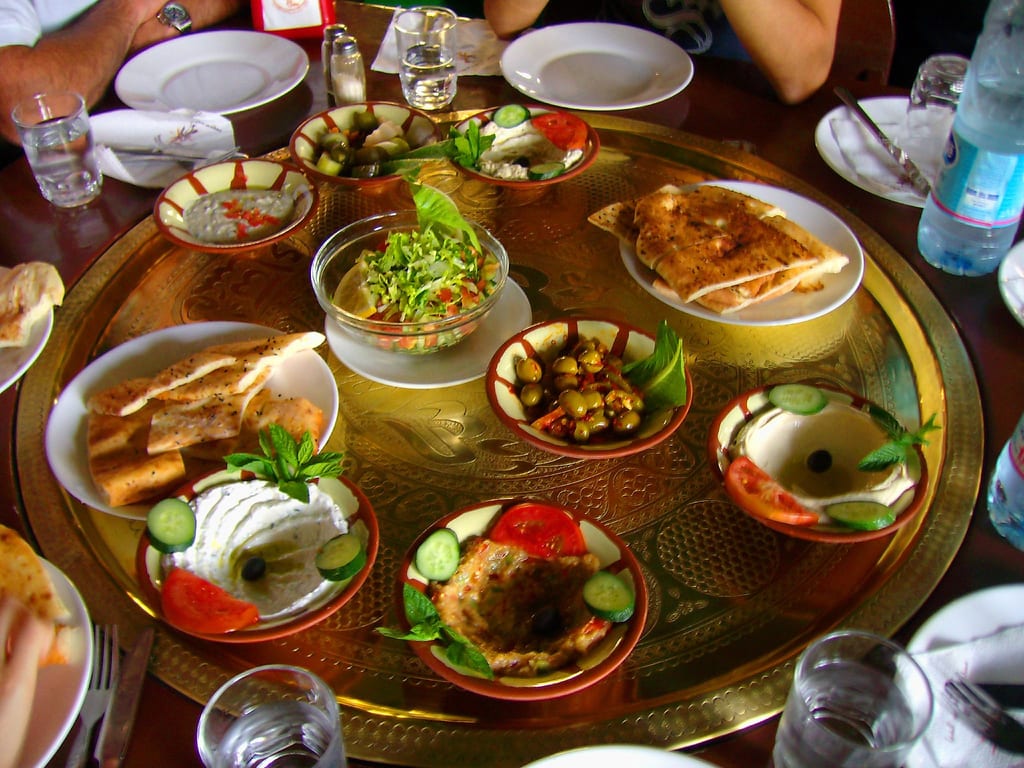 The Dialogue Institute invites members of all beliefs to nearly 30 dinners throughout the month of Ramadan. (Photo: Unai Guerra | Flickr)
Share this story

Are you a non-Muslim interested in exploring the sacred month of Ramadan with local Muslim families? The Kansas City branch of the Dialogue Institute — a regional organization dedicated to increasing interfaith communication — wants you to join them at special dinners (and breakfasts) during the monthlong observance of Ramadan.

The first dinner is set for 8 p.m. June 7 at the Christian Church (Disciples of Christ) of Greater Kansas City.

The institute follows the philosophy of Turkish Muslim scholar, writer and educator Fethullah Gulen and is composed primarily of Muslims from Turkey. For the past seven years during Ramadan, the Muslim holiday in which members of the faith fast from sunup to sundown, the institute has hosted what it calls “fast-breaking” dinners to bring the community together.

This year, the institute will host and cater nearly 30 such community dinners. When the event began, Dialogue Institute Director Selahattin Aydin said the meals were primarily in family settings.

“The fast-breaking dinners are a strong tradition in [Muslim] culture,” Aydin said. “We just talked with our friends and said, ‘Why are we not reaching out to our friends in our community, sharing our food and our bounties, not only in our homes, but in different faith groups and different organizations?’”

Ramadan is a time to rid oneself of bad habits picked up during the year and “reflect on the bounties given to you by God,”  Aydin said. The observance is usually centered on families and mosques, but the institute aims to bring the Kansas City community together around the holiday, regardless of faith.

With attacks in Paris, Belgium, and San Bernadino, California, this past year weighing heavily on the minds of all, these interfaith dinners create a space to have open discussion and build relationships that otherwise might be prevented or marred by stereotypes and prejudices.

Eyyup Esen, a representative for the institute, said the dinners aim to forge relationships between people of various backgrounds and beliefs.

For that reason, locations will include Christian churches, Jewish temples, The Nelson-Atkins Museum of Art, a Buddhist monastery and the Church of Christ of Latter-Day Saints, among others.

“When we come together with people from diverse backgrounds, we realize they’re all unique in their own way. That is supported by academic research that when you meet a person from a different group, your level of prejudice decreases,” Esen said.

Starting seven years ago, the interfaith dinners have grown to involve 30 organizations.

Esen said fasting during Ramadan is not just refraining from food and water, but fasting with all the senses. This includes not gossiping or speaking ill of anyone, and not looking or listening to anything that distracts from a spiritual frame of mind. In the end, he said, the fasting makes you grateful for what you have.

“During other times, you can eat and drink any time, so we don’t appreciate everything that’s given to us. We aren’t aware how precious even water is. With a full stomach, it’s hard to feel for the less fortunate,” he said. “It’s a luxury that we choose to fast, but there are millions of people who have to fast around the world because they don’t have water and food.”

Along with reflection, Aydin said, Ramadan is a cultural celebration — to be shared with the entire community.

“As part of Ramadan and fast-breaking culture, it is tradition to share bread, break the fast, with the community, our friends and our neighbors,” Esen said. “Tradition actually is to invite seven groups of guests, and guests are seen as bringing 10 blessings. When they leave the home, they only take one with them, and the nine blessings stay with you.”

Something that makes the Kansas City community unique, Esen said, is the number of non-Muslim American families who invite their Muslim neighbors into their homes for these dinners.

“Our local American families, maybe practicing Christianity, maybe no faith, have started, maybe three years ago, to host local Turkish-American families to a fast-breaking dinner. They do not practice Islam, but they want to host, to show the courtesy or gesture,” Esen said.

At the public meals, food will include a main dish of chicken or beef, rice, a salad, a vegetable and a dessert. Aydin said there isn’t any one type of food that’s required to be served during the holiday.

While Esen said the institute expects an average of 50 people at these dinners, the four or five predawn breakfasts this year are expected to draw only a handful. They’ll be hosted at Turkish-American families’ homes. Dates haven’t been announced.

Non-Muslims may not know that a meal can start the day during Ramadan, as long as it’s eaten before sunrise. “We invite [our American friends] at 2 a.m. to our Turkish-American friends’ homes. Sometimes they say, ‘Why 2 a.m.?’ We say, ‘To chit-chat more, to socialize,’” Esen said.

Throughout the year, the institute hosts roughly 130 events to bring people of different faiths and backgrounds together.

“We are not promoting any religion, any faith, but through these events, we want to promote understanding and mutual respect,” Aydin said.

For more information about the Ramadan activities, visit the Dialogue Institute of the Southwest’s website.

— Kelly Cordingley is an intern for KCPT and a recent University of Kansas graduate. To reach Cordingley, email kcordingley@kcpt.org.