The Butcher, The Cinnamon Roll & Other Weekend Possibilities 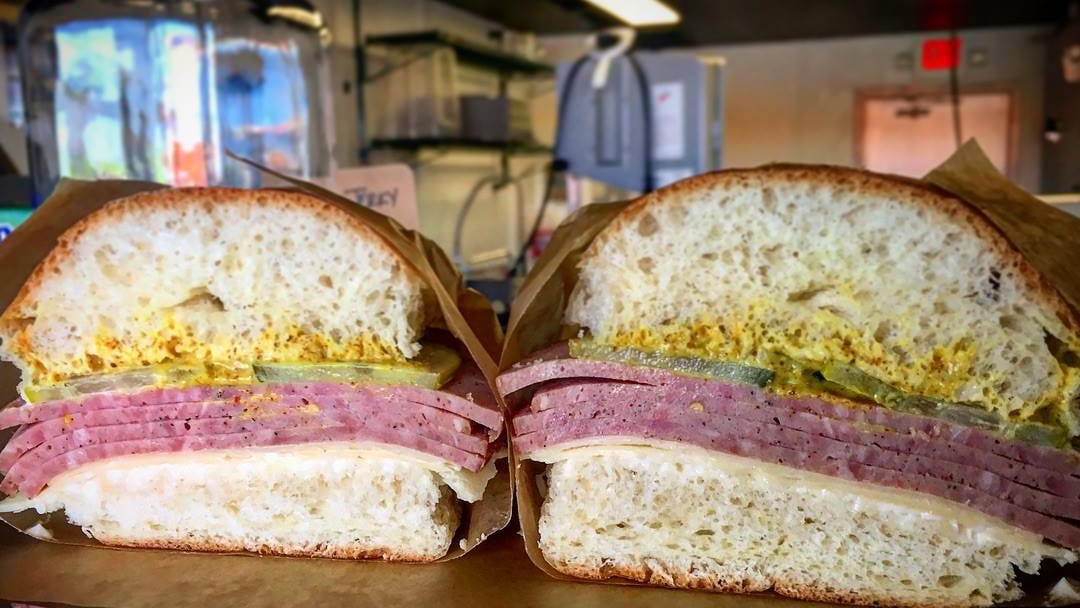 It's a rotating cast of house meats, like summer sausage, on round deli rolls at Leeway Butcher. (Contributed | Leeway Butcher)
Share this story

The death of the deli may have been exaggerated. Leeway Butcher (935 Iowa Street, #9, Lawrence, Kansas) is a new venture from Leeway Franks co-founders Lee and K Meisel. The butcher shop, which is next to the snack shop that serves sausages and poutine, works with small producers and also has old-school deli rounds — house made cold cuts on pillowy rolls. Wash it all down with a bottled-soda lineup out of the ‘80s. Leeway Butcher is open from 10 a.m. to 6 p.m.

New year. New you. If you’re looking at a plant-based diet (the new-ish word for a vegan or vegetarian diet), check out the Kind Food KC pop-up at Crane Brewing Co. (6515 Railroad St., Raytown, Missouri) from 6 to 9 p.m. Friday. Discover new takes on sports-bar favorites with barbecue jackfruit sandwiches and vegan cheese nachos. Crane will serve beer and beer cocktails in its taproom.

Dial up the time machine and travel backwards to not just an era but a specific year. Davey’s Uptown Rambler (3402 Main St.) is throwing Party Like It’s 1994 from 8 p.m. to 3 a.m. The midtown bar will be slinging drinks at vintage prices. If you can’t make it Friday, they’ll have Better Off Dead, a Grateful Dead cover band, on stage at 9 p.m. Saturday.

Would you rather run to warmth right now? I don’t blame you. John’s Java & Jazz (2003 ½ N. Fifth St., Kansas City, Kansas) has a Saturday jambalaya special at 10 a.m. Get a bowl of New Orleans comfort (stuffed full of Andouille sausage, shrimp and blackened chicken) with a pair of cornbread muffins.

Did you know the Man in Black was an actor? Johnny Cash stars in “Five Minutes to Live,” and Downbeat Coffee + Tea (1200 W. 39th St.) is screening the cult crime film on Saturday night. The coffee shop will show cartoon shorts at 7:30 pm. The film starts at 8 p.m.

Cinnamon rolls, like pork tenderloins, are often bigger than your face. Get oversized cinnamon rolls, fried chicken topped with gravy on a biscuit or a breakfast burrito at the Painted Rooster (1320 W. 12th St.), a coffee and lunch spot, tucked inside Bella Patina in the West Bottoms. It’s First Friday weekend, which means the antique shops will all sling open their doors. The Painted Rooster is open from 9 a.m. to 3 p.m. Friday and Saturday and 11 a.m. to 3 p.m. Sunday.

Tags: & other • and other • i am frozen dessert cafe • leeway butcher • tabard's ale house • weekend possibilities