Art to taste and touch (and talk about) 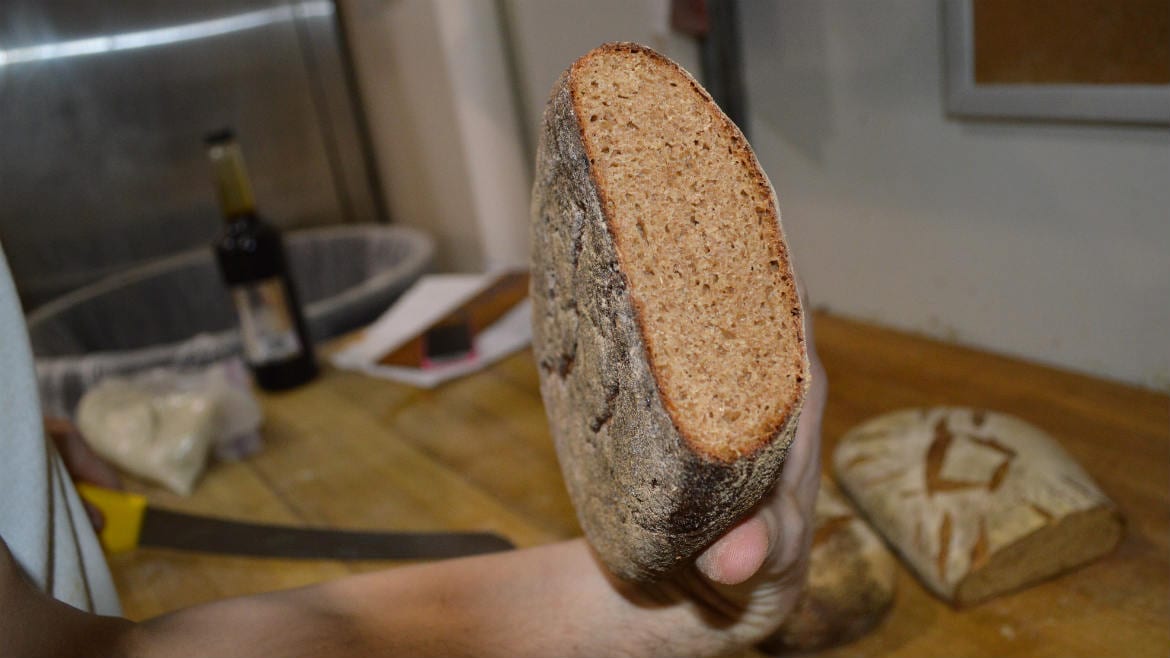 The Marianna Kistler Beach Museum of Art is working with KC artist Sean Starowitz, who often uses bread as a medium for socially-engaged art.
Share this story

Kernza is as close as we have to a local wheat celebrity. But if you’re not a baker, there’s a good chance you may not have heard of the perennial wheat that was developed by The Land Institute in Salina, Kansas.

The wheat that we currently eat is an annual plant. That means it must be replanted each year. We’re good at growing that wheat, but it requires a lot of resources: tilling and breaking up the topsoil, water and fertilizer.

Kernza lives through several growing seasons. It also takes a cue from the wheatgrass of the Kansas prairie. Kernza has a much deeper and thicker root system – part of why it can survive multiple seasons – than its annual brethren. The roots extend as much 10 feet, allowing them to draw more water from underground, undercutting the water source of weeds in the process and therefore using less fertilizer.

But, Kernza’s yield is significantly lower than annual wheat. And although Minnesota farmers are planting kernza, it’s not yet available for commercial use. While The Land Institute – and everyone from The New York Times’ Mark Bittman and Patagonia — considers how kernza could help transform our agricultural system in the future, the perennial wheat is going to help drive our current conversation about food.

Linda Duke has spent a lot of the past 18 months thinking about the prairie. The director of the Marianna Kistler Beach Museum of Art has been working to integrate the landscape and history of the area around Manhattan, Kansas, into the exhibits at the museum that sits on the campus of Kansas State University.

“Whenever art can help us be more aware and notice more about our own lives, it’s performing its most important function,” Duke says. “I always feel that art is a better way for us to understand our situation.”

As part of her examination for how the Beach Museum fits within the context of the community, Duke began to search for artists in the area that were similarly interested in fostering community dialogue. Theresa Bembnister, a former Beach Museum employee who is now an associate curator with the Akron Art Museum, suggested that Duke speak to Sean Starowitz – a Kansas City artist who often uses bread as his medium. 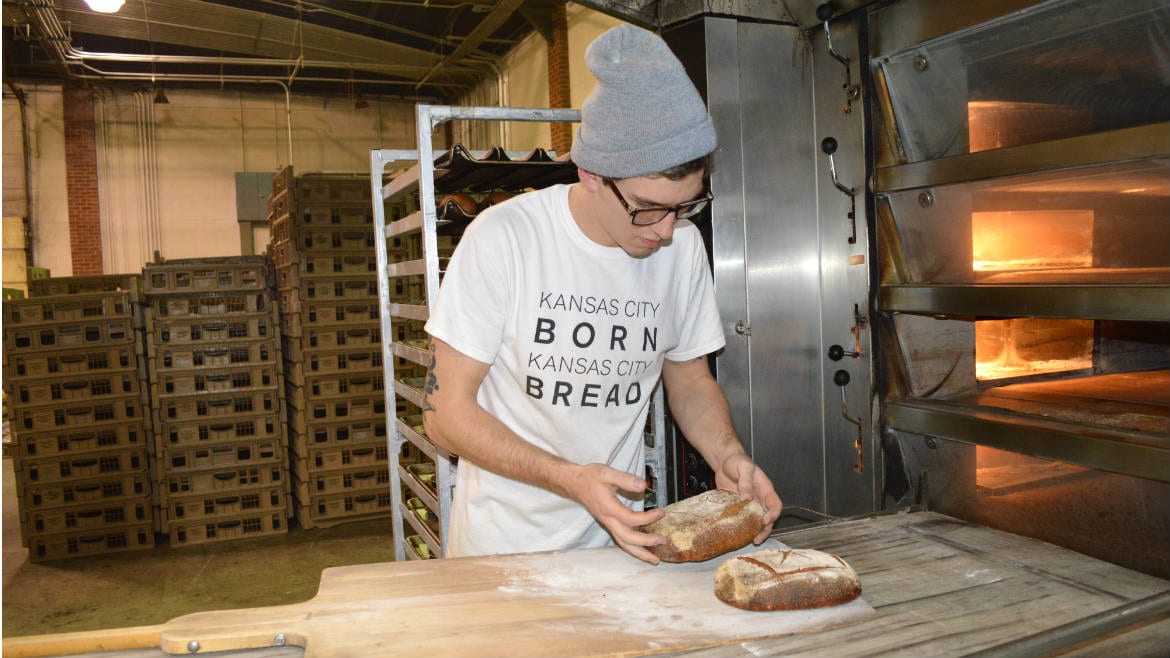 “What really attracted me to Sean’s work is food as a potentially aesthetic experience,” Duke says. “Aesthetics is not something that’s separate from our daily lives and I loved that Sean was an artist listening and interacting with a wide range of the community.”

In one of the early discussions between Starowitz and Duke, she mentioned the experiments that The Land Institute was conducting with kernza. The possibility of baking bread with the perennial wheat became the fulcrum of a three-day exhibit on food access, perception and consumption. The D-lab: The Center for Food Perception and Aesthetics will be at the Beach Museum April 15-17. (The D-Lab is short for the Dialogue-Lab, the overarching name that Starowitz has given to many of his community art projects.)

“I just want to stretch myself as a baker,” Starowitz says. “There’s always something new. That’s the beauty of bread.”

On a Tuesday afternoon in February, Starowitz has three kernza loaves prepped and in the oven at the Farm to Market Bread Company. He’s baking these test batches during his regular hours as a baker at the downtown Kansas City bakery. He wheels racks of rolls that are proofing from coolers, while six employees in white shirts bag bread and place them on plastic crates bound for restaurants and grocery stores across the city.

“It’s always kind of like a dance in here,” Starowitz says.

Starowitz has been carefully experimenting with the Kernza – he was only given 15 pounds of the wheat, which is not commercially available. A previous batch had a strong lactic acid profile. Starowitz likens the taste to cream cheese.

“This is a chance to work with different types of grains and breads we’re not using,” Starowitz says. “But I just want a really tasty whole grain loaf that is not bitter and not super dense.”

In an effort to balance the dense, malty bread that results from using only kernza flour, Starowitz has made a pair of loaves with spring wheat, as well as a bread that has equal parts of rye flour and kernza flour. As hundreds of rolls – all made with annual wheat — bake around him and fill the air with the smell of toast just getting started in the morning, Starowitz cuts into and takes a bite of the rye.

“There’s something about the rye. I would love it thinly sliced and with a dollop of honey,” Starowitz says. “This would be heaven if it was rolled in sunflower seeds.”

The breads will be unveiled at the April exhibit – something for attendees to taste and touch and feel as they discuss how food is advertised and debate portion size. For many, it will be their first time actually tasting kernza.

“The means may be simple, tasting pieces of bread made with different kinds of wheat,” Duke says. “But it allows us to look and think together about food.”