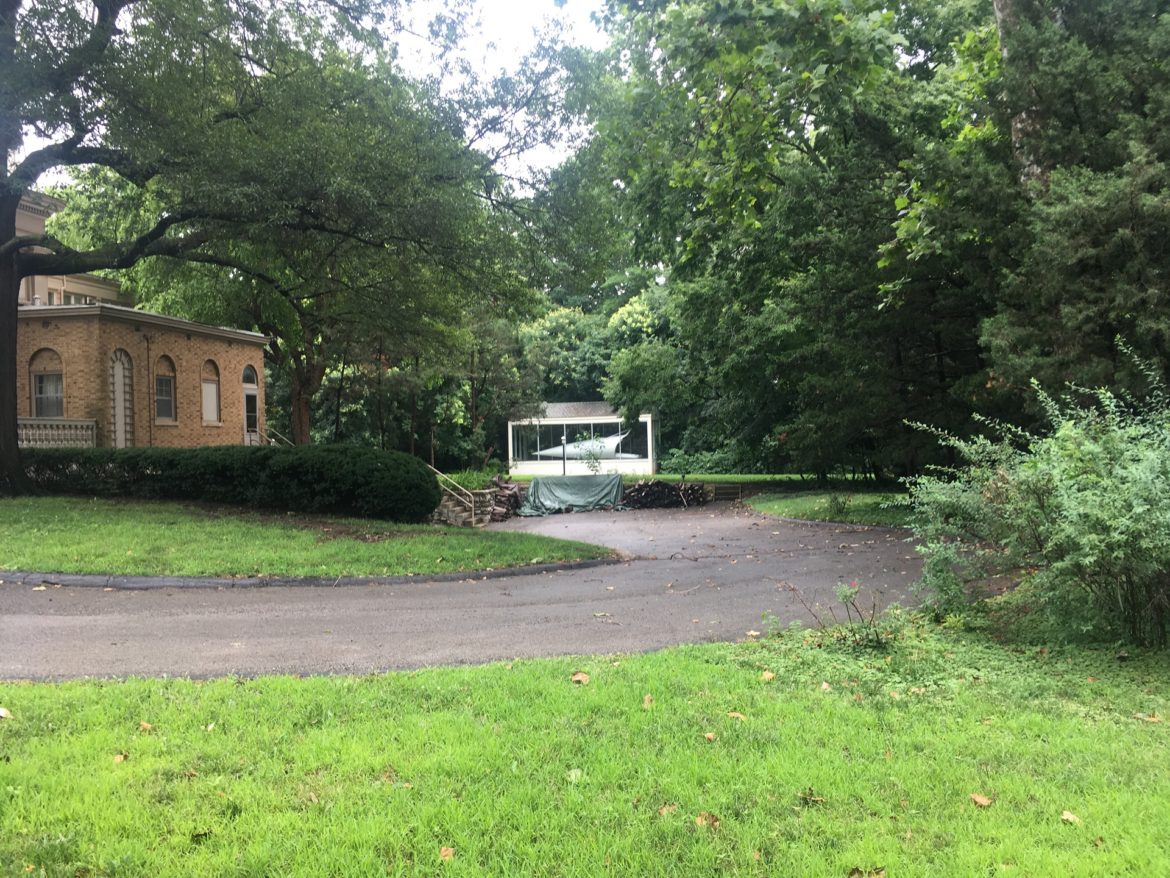 Driving past the stately homes along Ward Parkway in Kansas City, Missouri, it’s common to see shrubs or fences shrouding backyards. One curious Kansas Citian, however, glimpsed something unusual.

Chris Nelson saw the nose of an airplane enclosed in a glass structure. Just sitting there. In someone’s backyard. What’s the deal? Nelson wondered.

An old-car aficionado himself, Nelson figured the owner was probably an aviation enthusiast. And it turns out he was right, though he might not have anticipated the unique background of the man with the plane part in his backyard.

The owner is 78-year-old Farhad Azima, who was born in Iran but immigrated to the U.S. almost 60 years ago as a student and made Kansas City his home. He’s a retired airline executive who is a member of the secretive club of aviation honchos known as Conquistadores del Cielo, or “conquerors of the skies.”

Aircraft have fascinated Azima ever since his childhood. He doesn’t really know why.

It’s a good thing he has the nose covered up because it’s a very rare piece of machinery.

The part is actually the nose of a Concorde supersonic jet. Azima bought it at an auction in London in the 1990s. “When I saw this, I was quite intrigued by it,” Azima said. “I [raised] my hand; I love owning it.”

While there were 20 of the planes made, only 14 went into service. Seven went to British Airways, and seven went to Air France. One was tested for high-altitude flying and metal fatigue. Later on, this one was dismantled, and the parts were split up and sold.

Azima used to often take the Concorde on business trips from London, where he still has a home, to New York. The jet could cross the Atlantic in roughly three and a half hours.

The jets quit flying in 2003 after 30 years in the air. The reasons include a deadly crash in Paris, environmental concerns with the sonic boom and the impact on the industry from the 9/11 attacks.

Many of the planes are now in museums around the world on display. For Azima, however, all he needs to do to see one of these rare pieces of aviation is walk into his backyard.

Send us your questions about Kansas City below – it can be anything from the art scene, or about the new mayor to potholes. Check out all curiousKC stories here.