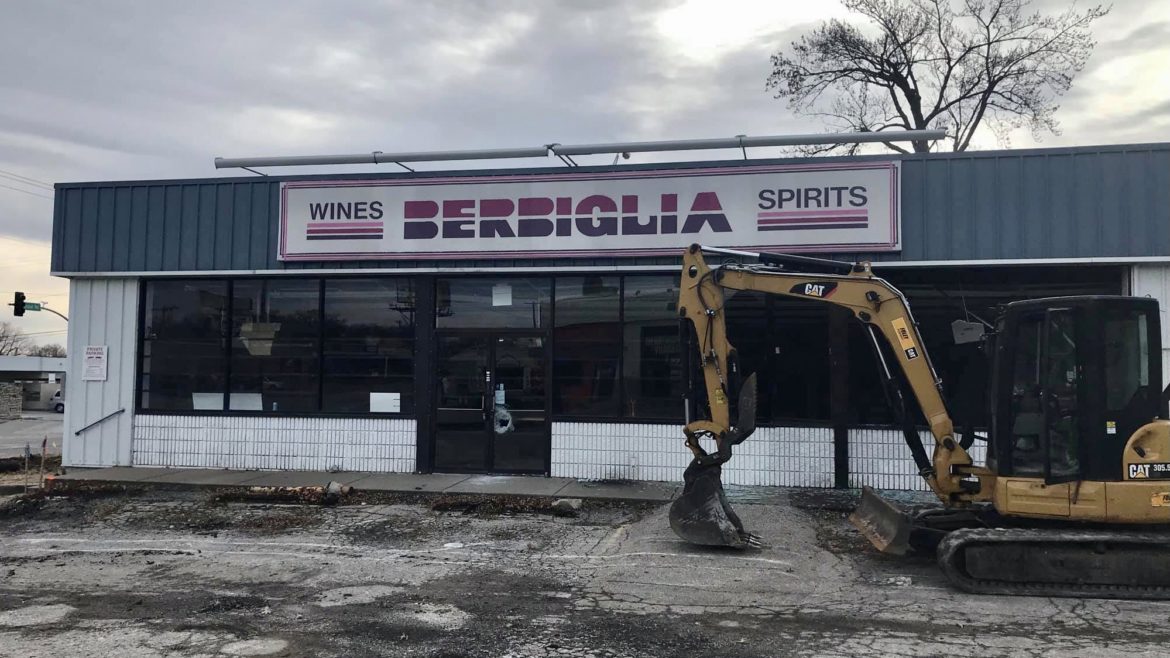 Everyone has their place.

We all have go-to spots to pick up bread and milk, the next best seller or a bottle of chianti on the way home. Our favorite places may be close to work, offer great prices and an extensive selection or simply provide service with a smile.

When Berbiglia closed its last outlet at 103rd and State Line Road a few years ago after nearly a century in business, Menninger was left adrift. He now wonders what happened to the staple one-stop party shop chain that once dominated the region.

Fortunately for Karl and fellow good-timing Kansas Citians, Flatland hopped on the phone with former Berbiglia owner Jack Bondon to find out.

The Berbiglia Wine & Spirits legacy dates back to 1917, when a young Mike Berbiglia operated a produce stand at 108 Walnut St. in downtown Kansas City along with his father Peter Berbiglia.

As the story goes, the son broke from his father’s grocery operation at age 13. His business strategy transformed from scouring the City Market for the cheapest produce to stock his father’s shelves to seeking out high-quality produce that he could sell on his own.

The teenager’s plan worked. Profits surged. The father ultimately wound up working for his son.

After Prohibition was repealed, the junior Berbiglia jumped at the chance to obtain one of the city’s first licenses to sell liquor. Following World War II the family business decided to focus solely on wine and spirits.

From there Berbiglia Wine & Spirits took off. By 1970, the local chain operated at 22 locations across Kansas City. That same year, at age 66, Mike Berbiglia sold the chain, only to buy it back five years later, when the next generation of Berbiglia ownership entered the picture.

“We weren’t mom and pop, we were huge,” Jack Bondon said, recalling the years that followed his time on campus at the University of Kansas, when he stepped into the family business.

“If you try and compete with them on price and price alone, they’ll bury you,” Bondon said.

To Menninger, Berbiglia was the only liquor store on the Missouri side, or so it seemed.

The family name was everywhere and Berbiglia became the one-stop-shop for family functions, Chiefs football on Sundays or a bottle of California wine.

A wide selection of beer and responsiveness to customer requests stood out to Menninger, who frequented the liquor stores in the late 1970s and early 1980s. He later moved out of town before returning to Kansas City in 2007.

Jack Bondon, along with his younger brother Ralph, who joined the operation 10 years after Jack joined their father’s line of work in 1975, took pride in their extensive selection and fair pricing, particularly when it came to wine.

“That always set us apart,” Jack Bondon said. “Our family traveled around the world looking for wines and no one else did. We didn’t settle on grocery store wine.”

Through the years, the Bondon brothers established relationships with vineyards and wineries around the world, bringing Californian, Italian, Spanish and Missouri bottles to Berbiglia shelves.

Despite Mike Berbiglia’s passing in 1988, and steady downsizing of operations to 15 more concentrated, strategically located storefronts by 2006, guiding principles remained the same.

But by 2015, Berbiglia Wine & Spirits’ seven remaining locations would be consolidated into one “superstore” location at 103rd & State Line Road.

Berbiglia made the announcement on its Facebook page: “We believe that our personal service, knowledge and customer care is best served in one location. We will have owners on site at all times and we will develop a relationship with customers for wedding planning, parties, and starting wine cellars.”

‘It Was Just Time’

So what happened to the last Berbiglia Wine & Spirits in south Kansas City?

“It was just time,” Bondon said, regarding the quiet closure of the final Berbiglia store in 2016, nearly 100 years after his father opened his corner grocery store.

After 40 years at the helm and at age 65 with few offers on the final store, Jack Bondon made the decision to close Berbiglia’s doors for good and retire.

As for any competition that may have knocked Berbiglia from its Kansas City throne, Bondon only mentioned online wine sales as a thorn in the side of brick and mortar stores offering extensive wine selection.

Just two months after retiring from the liquor business, Bondon became bored. He started a career in business consulting. Bondon Consulting is in operation today.

Flatland contributor Clarence Dennis also is a social media manager for 90.9 The Bridge.

Late to the Party: The Strange History of Liquor Laws in Kansas