What Are the 3 Oldest Buildings in KC?

You asked, we scrolled through the registry 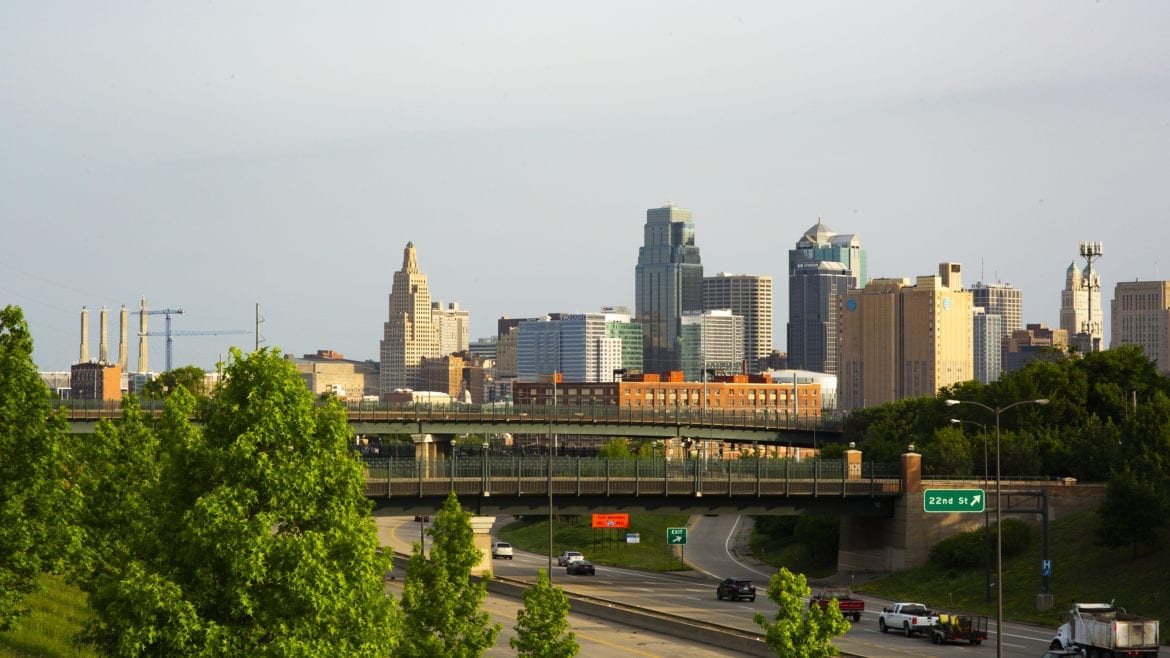 This is my first foray into answering a curiousKC question. I decided to answer (what I thought would be) a straightforward history question thrown our way by Kansas Citian Stacey McBride. “What are the top three oldest surviving buildings in Kansas City?”

“How hard could it be?” I thought. It’s just math. A simple equation: 2019, subtracted by the year the building was built, equals the age of the building. But I am terrible at math and completely forgot about variables in equations.

And when it comes to the question about the buildings, the variable involved is the evolution and growth of Kansas City. More specifically, it has to do with Westport.

So, let’s build our equation, shall we? Don’t be surprised if we get two different answers. 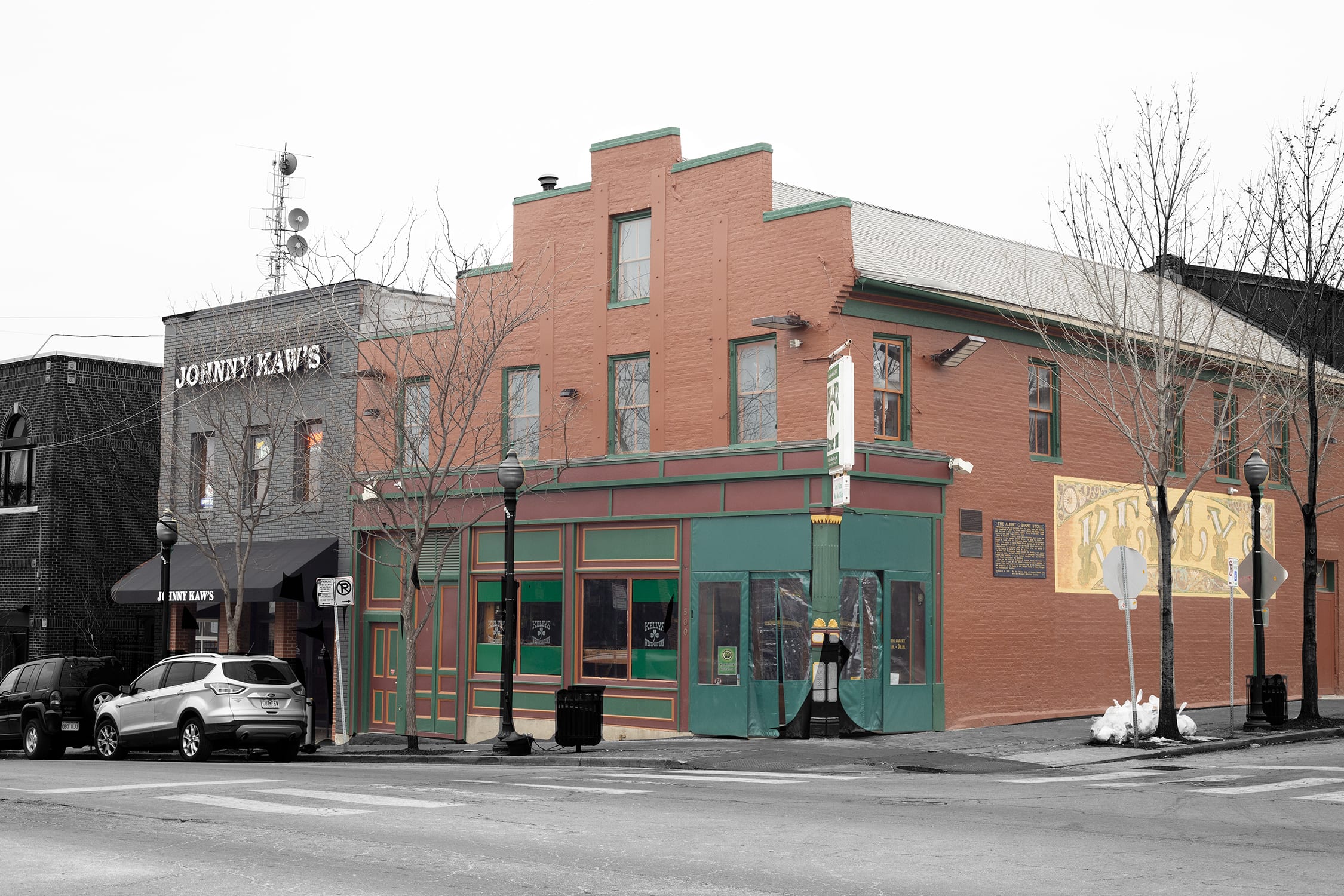 The old Boone store, which is listed on the National Register of Historic Places, played an important role in the western trade and migration on the Santa Fe and Oregon Trails.

A plaque on the side of the building reads:

A plaque is bolted to the side of what is now Kelly’s Westport Inn. (Brad Austin | Flatland)

“Originally used as an outfitting store for wagon trains, this building was completed in 1850 by (American) Indian traders George and William Ewing and was sold in 1854 to Albert Gallatin Boone for $7,000. Boone operated the store from 1854 to 1859.”

In 1904, the Wiedenmann family bought the Boone store and opened a grocery store. In 1947, Randal Kelly, an immigrant from Ireland, leased the building to open Kelly’s Westport Inn. The Kelly family later purchased the building in 1995.

Walk next door to the building that now houses Johnny Kaw’s at 504 Westport Road. It was built around 1851.

This old building once housed Westport’s only newspaper in the 1850s, but it was shut down by Union soldiers for pro-Southern sentiments, according to the Westport Historical Society.

According to the Missouri Valley Special Collections at the Kansas City Public Library, Cyprien Chouteau, along with two others, built this as a mercantile store. Later in 1866, Chouteau sold the building to the famous mountain man Jim Bridger.

The city of Kansas City was established in 1853 with original boundaries of Bluff Road on the west (roughly where Interstate 35 is today), Holmes Road on the east, the Missouri River to the north and Ninth Street to the south. 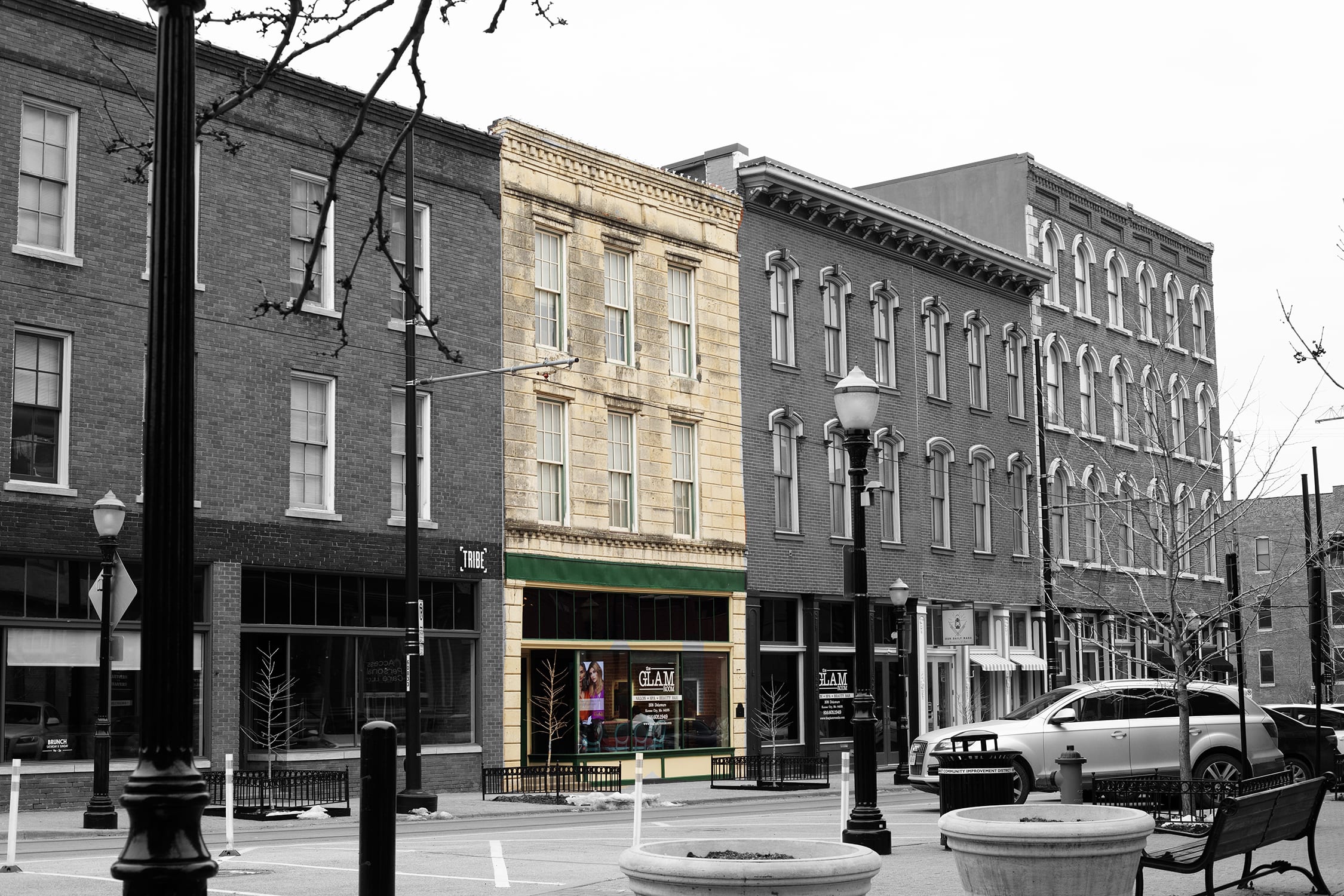 The oldest known building that survives in the original footprint of Kansas City is the Threlkelt and Co. Building at 310 Delaware St. in the River Market, according to the U.S. Department of Interior’s National Register of Historic Places Inventory. Today it is The Glam Room.

Threlkelt and Co. is listed here in the Department of Interior’s National Register of Historic Places Inventory record from 1963.

“Threlkelt and Co., 310 Delaware Street, ·ca. 1867. This three-story building is the oldest in the district. It is of Renaissance Revival, Romano Tuscan mode design. The facade is limestone. The first-floor facade has been modernized.”

OK, so there you have it: The oldest building in Kansas City is either the Albert G. Boone Store, now Kelly’s Westport Inn, at 169 years old (annexed in with Westport) or the Threlkelt Building, now The Glam Room, at 152 years old (within the original city limits).

In my search for the oldest buildings in KC, I came across this interesting fact. The New York Life building at 20 W. Ninth St., now the Catholic Church Administrative offices, is Kansas City’s oldest and first skyscraper. Completed in 1890, it was the first building in Kansas City to have an elevator. 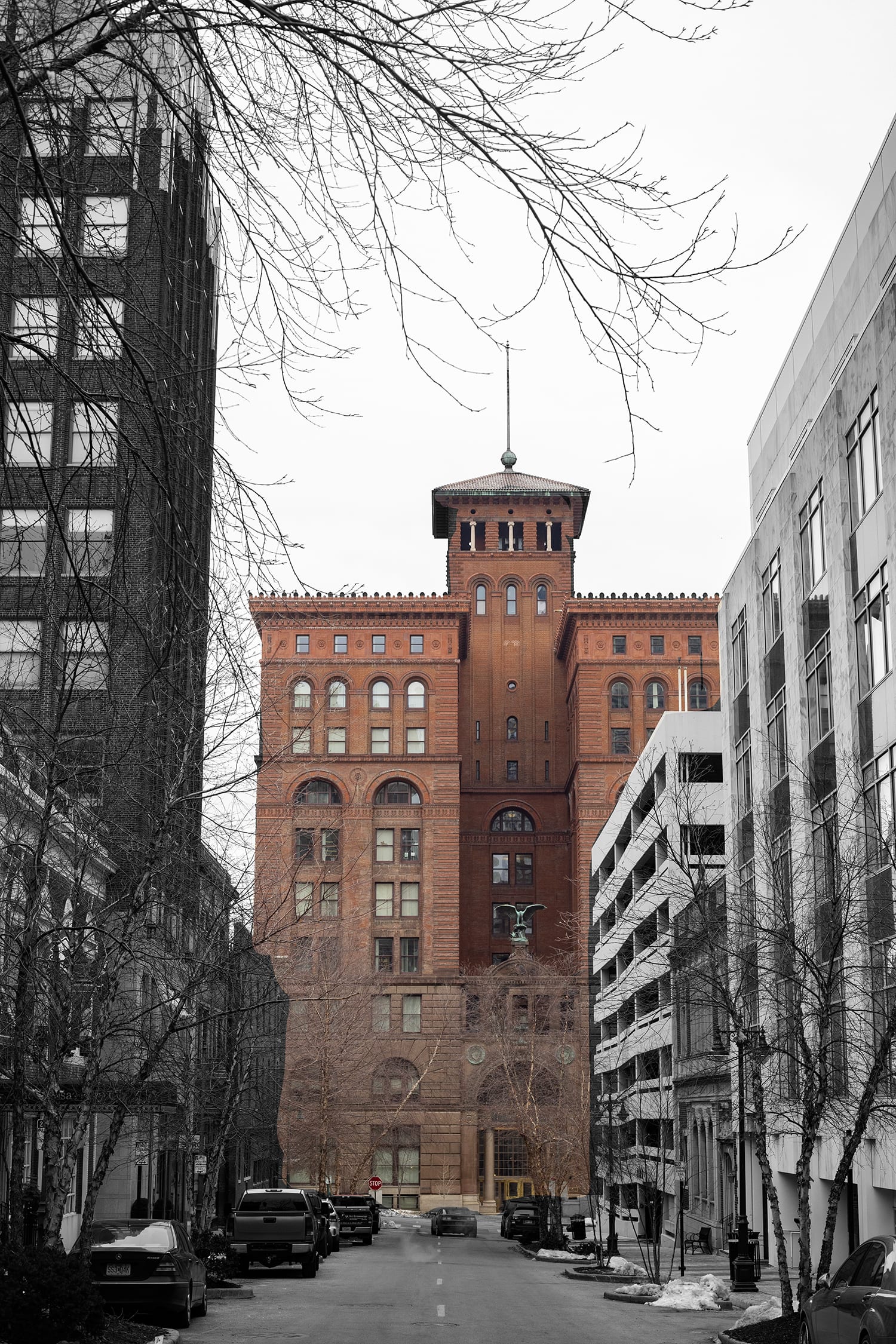 Stacey, I hope this has answered your curiousKC question. If anyone can add to this, please comment. We would love to hear from you. Or leave your own questions below.

What’s the Oldest House in the Kansas City Area?Retired teacher Del Candler can trace her ancestors’ arrival in Jackson County to the 1840s, and wondered what structures remain from that period and Kansas City’s origins. She asked curiousKC, “What is the oldest house still standing in the Kansas…