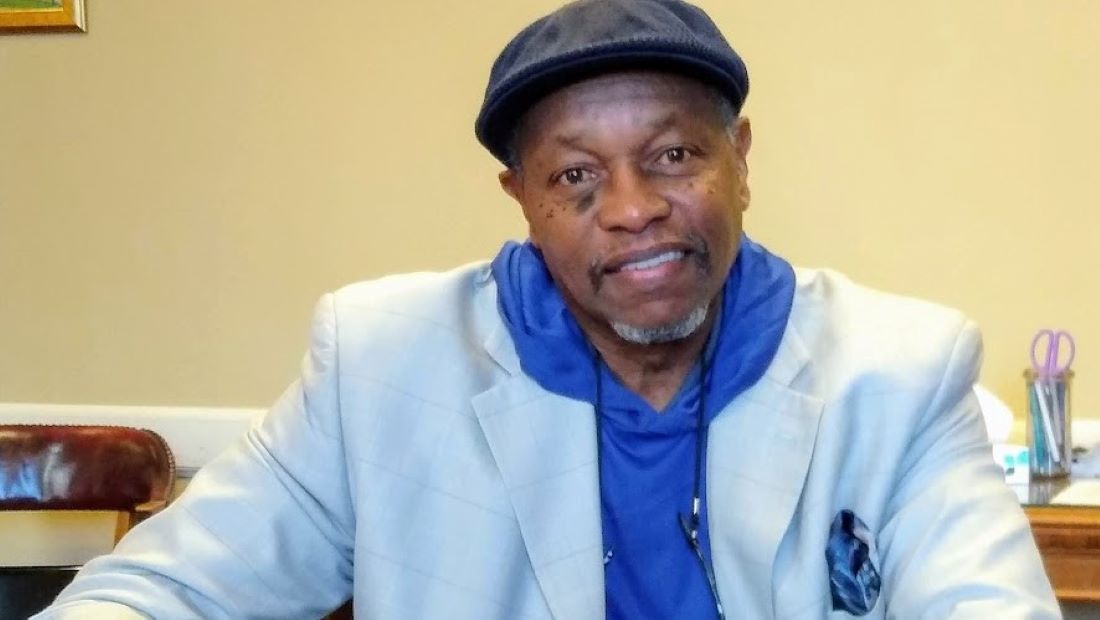 Kenneth Ford is a Freedman who has explored the complex relationships between Black people and Native Americans. (Bill Tammeus | Flatland)
Share this story

Kenneth Ford is a retired Kansas City ironworker. He’s in his late 60s. And he’s Black. But he’s also a Freedman.

In recent years he’s been trying hard through the Descendant Freedmen Alliance of Kansas City to educate people about what that Freedmen designation means and why it matters.

So because Black History Month starts Tuesday, it’s a good time to learn from him about Native Americans who owned Black slaves, like some of Ford’s ancestors, and who fought for the Confederacy in the Civil War. Descendants of those Indigenous people today are connected to lots of African Americans, sometimes in uncomfortable ways.

Ford’s goal is to make sure people know this complicated, fascinating story and to get members of the Five Civilized Tribes, as they are called, to work together with Blacks whose family histories are tied to those tribes.

In the 1830s, the Choctaw, Chickasaw, Creek, Cherokee and Seminole tribes, located in the southeast part of the young nation, were forcibly moved to Indian Territory (Oklahoma) via the Trail of Tears. Ford’s own ancestors were sent to Oklahoma from Alabama.

The Black slaves of those tribes and other free Blacks who had intermarried with or in other ways were connected to tribe members also walked the cruel Trail of Tears.

The Indian Territory began to shrink under expansion pressure from whites until it simply disappeared when Oklahoma became a state in late 1907. As Ford explained, something called the Dawes Act “was the way the U.S. government determined how to acquire Indian lands. As long as the land was held collectively by the tribes, the government was unable to get it. But by breaking it up in allotments and making it available to individuals — who then ceded their tribal alliance for U.S. citizenship — it was a lot easier to take advantage of their economic ignorance and eventually take control of the land.”

Ford says his “family was associated with the Creek Indian tribe,” though that connection “is kind of murky.” But his research showed that some of his ancestors were slaves of a Creek Indian named McIntosh, “so once they moved to Oklahoma, they settled with the Creek Nation. That’s where I started trying to pick up information. And I found little bits and pieces along the way.”

The name “civilized” attached to the five tribes reveals their willingness to embrace the European invaders’ culture. Ford says those tribes “readily bought into the European religion (Christianity). They stopped hunting and went to trading instead. They dressed very similar to the white, or European, culture. And that also included owning slaves. The chattel slavery that was practiced by the Europeans, these Five Civilized Tribes took on that more readily than others did.”

To try to keep their slaves, many from those tribes joined Confederate forces in the Civil War. Union troops, after all, had abandoned the Indian Territory when the war began.

The war ended slavery but not for slaves of Native Americans. That had to be accomplished by treaty in 1866. All tribes agreed to abolish slavery and give Freedmen tribal rights, but as the publication High Country News explains, those rights, if given at all, became either abridged or uneven in many cases over time.

Ford has discovered that after the Civil War his great-grandparents “received 160 acres of land in Oklahoma. They later sold half of it to the town of Broken Arrow. I have the receipt where my great-grandfather signed his 80 acres over and my great-grandmother had her ‘X’ on that. So they sold half but we really don’t know what happened to the other half.”

The Freedmen story also is complicated by the fact that membership in the tribes was determined by whether people were counted on particular lists (the Dawes Rolls) of tribal citizens. High Country News says this often left “Freedmen with no country — at the time, they were not recognized as either tribal or American citizens. Eventually, some of the Five Tribes did enroll the Freedmen, only to disenroll them later.”

More problematic, as that story explains, was the fact that “tribal sovereignty allows tribes to determine their own criteria for citizenship. The Five Tribes base enrollment on lineage. Applicants who can prove that they’re descended from a tribal member are eligible for membership. But in order to prove this, the would-be tribal members have to find an ancestor who was listed on the Dawes Rolls, a … census of Indian country that doubled as a vehicle of dispossession. The Dawes Rolls divided tribal members into two categories: ‘By blood’ or ‘Freedmen.’”

That meant that many people “descended from both tribal ancestors and Freedmen remain ineligible for tribal membership, simply because an ancestor was listed as a Freedmen on the Dawes Rolls.”

Ford put it this way: “The by-bloods have been running the show in all five tribes.”

(Ford’s own application for Creek membership has been denied, he says, because the slave-owning Creek who fathered one of Ford’s ancestors never acknowledged the child was his.)

But some of that by-blood/Freedmen tension is changing. In 2017, for instance, the Cherokees accepted their Freedman after a court ruling.

And although Ford says that “the other four tribes still have been pretty resistant to the Freedmen as tribal citizens,” he sees signs of possible change, partly because Freedmen groups with different tribal connections around the country seem to be working together more closely.

“In the last couple of years I’ve seen a lot more togetherness, camaraderie and interaction with all the Freedmen from all the groups — because we’re all going through the same thing.” Ford says. “We have one common denominator: We serve a living God and believe in Jesus Christ as savior and our grandparents and great-grandparents had a servant spirit.”

Beyond that, there are lawsuits and a bill being considered in Congress designed to allow Freedmen who want to be full tribal members to accomplish that.

In addition, Ford sees progress his Kansas City Freedmen organization is making in connecting with others around the country.

“Our group has been instrumental in helping bring people together. When I got in there was Creek Freedmen over here and Choctaw Freedmen over there. And there were a couple of Creek Freedmen groups and they were kind of going at each other. But since we started six years ago we’ve been able to help start a group called the Oklahoma Freedmen Collective. That group helps people put their stories together and document them.”

All of which shows how complex and surprising Black history can be. And it gives all of us, including teachers who help students understand that history, a new word to add to our vocabularies: Afro-Indigenous.

Bill Tammeus, an award-winning columnist formerly with The Kansas City Star, writes the “Faith Matters” blog for The Star’s website and columns for The Presbyterian Outlook and formerly for The National Catholic Reporter. His latest book is Love, Loss and Endurance: A 9/11 Story of Resilience and Hope in an Age of Anxiety. Email him at wtammeus@gmail.com.