Things to do in between baseball, part deux 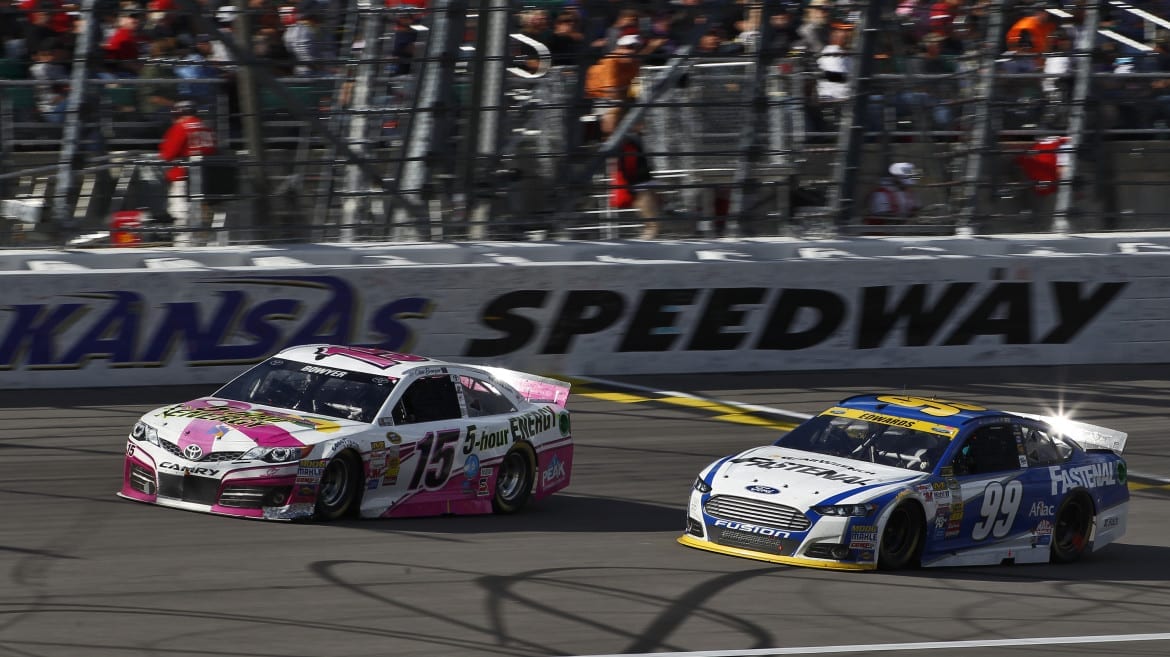 Kansas Speedway will welcome fans back to the track this weekend. (Credit: ©2014, Phillip Abbott LAT Photo USA)
Share this story

Let’s get this out of the way quickly. Game 1 of the ALCS is Friday night. Game 2 is Saturday afternoon. Game 3 is Monday night. There’s your weekend. If you absolutely insist on doing something between all the nail-biting baseball, however, we – forgive the horrible pun – have all your bases covered.

When you get a chance to see the best at anything, go. Be it the world’s best ballerina or bongo player, excellence is always worthwhile. Which is why you should go to the Kauffman Center and see Jake Shimabukuro. The virtuosic ukulele player has appeared on “A Prairie Home Companion” and “The Tonight Show.” He’s given TED talks and performed for the Queen of England. He is also, quite possibly, the greatest ukulele player who has ever walked the face of the earth.

Sunday night at 7, Shimabukuro will perform in the acoustical marvel that is the Kauffman Center’s Helzberg Hall. You’ll be astonished at his innovative technique and the emotional range he draws from an otherwise neglected little instrument. Tickets start at just $21.00. Get them here.

There’s world-class musical theater on tap for downtown. “Wicked,” the wildly popular Wizard of Oz-based musical is back for another round in KC. It’s one of the highest grossing Broadway shows of all time, having broken box office records around the world. You can add to those record-breaking totals total by getting tickets here. They start at $38. The costumes alone will be worth the price of admission.

If you care about costumes, though, go to MAGIC MEN LIVE! There will be lot less clothing on display. And a lot more baby oil. It’s an all-male, modern beefcake cabaret of the sort you would see in the the “Magic Mike” films. The website touts “a high-energy and wild experience” with a line-up of “stunning guys sure to appeal to a variety of tastes.” Not my tastes, certainly. But anyone who shells out $29.99 – $54.99 will get a sickly-produced, flashy, well-danced performance egged on by the whooping, hooting and squealing of a mildly frightening, but also hilarious crowd.

The National Museum of Toys and Miniatures, just off the UMKC campus, is one of Kansas City’s secret gems. After an extensive renovation, the charming museum is reopening this weekend. Celebrate with free admission and activities for the kiddos. Just don’t get tramped by the thousands people you might see running in the streets. Saturday afternoon, the path of the Kansas City Marathon will pass by the museum.

Kathleen Madigan is a pro. She’s been doing stand-up for 25 years. She’s toured relentlessly, been on every talk show known to humankind, and released three comedy specials. Madigan is not experimental humor, by any stretch. She’s not edgy and raw, or particularly political. She writes solid, relatively clean observational humor and delivers it with bite and charm. See her at the Midland for thirty bucks.

Greg Allman is a southern rock legend. He’s been inducted into the Rock and Roll Hall of Fame. He’s won Grammys. Rolling Stone put him in its “100 Greatest Singers of All Time” issue. Now he’s playing in a casino near you, and tickets start at forty bucks. If you remember the 70s – or just want to know what they sounded like – head to Ameristar on Saturday night.

The Chiefs are playing the Vikings on Sunday. But, especially given the loss of Jamaal Charles, the team doesn’t look likely to make the playoffs. Why not DVR the NFL game and head to Kansas Speedway? The NASCAR boys (and Danica) are at the track this weekend for Sunday’s Hollywood Casino 400. The race is a big one for the sport, coming at the midpoint of NASCAR’s ten-race Chase for the Sprint Cup playoff. If you’ve never seen a race, throw those domestic beers into a cooler and see what the fuss is about. It’s a loud, colorful, party, and no thrill in sports that can match the sheer, sonic impact of 43 engines roaring when the green flag drops. Grab earplugs and get your tickets here.