The 'Help Me, I'm Melting' Edition 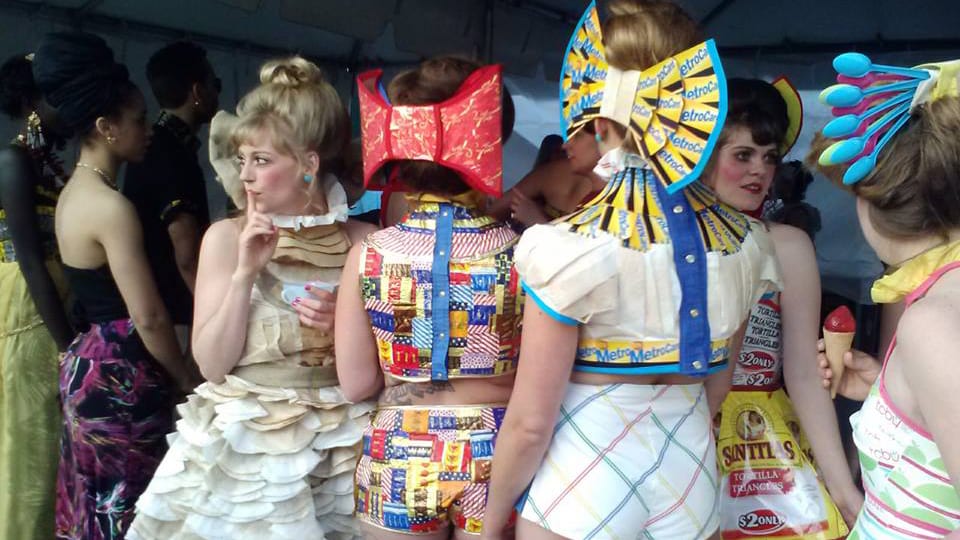 The fashion will be as big as the people spotting during Saturday's West 18th Street Fashion Show. (Photo: Hampton Stevens | Flatland)
Share this story

Summer hasn’t officially started yet, but it’s about to get blazing hot. Temps this weekend are expected to hit the mid-90s. So dress lightly, drink plenty of water, and get out to have some fun. Or, better yet, wear whatever you want, drink whatever you want, and never leave the air conditioning. Inside or out, though, we’ve got a ton of fun stuff to do around town.

Today may be hump day, but Wednesday is absolutely packed with weekend-worthy events. If you want to laugh, you have a pair of fabulous choices, with two of the country’s top comics in town. Unfortunately, both appearances are tonight, so you’ll have to choose between them. Sarah Silverman was working Amy Schumer’s raunchy feminist territory while the latter was still in high school. She’s coming to the Uptown Theater. The mercurial Dave Chapelle, legendary for his impressions of Prince and Rick James, is at the Music Hall.

If you don’t want to laugh, however, get to Starlight tonight. For the first time since 2008 and maybe the last time ever, The Cure is performing in KC. Opening for the godfathers of mope is a band called The Twilight Sad, which, if you didn’t know any better, you would think was the name of a Cure tribute band.

On the subject of tributes, there is Brit Floyd on Friday night at the Midland. Arguably the greatest of the many, many Pink Floyd tribute acts plying their trade around the globe, they’ll perform cuts from “Dark Side of the Moon,” “Wish You Were Here,” “Animals,” “The Wall” and a rendition of “Echoes” in its entirety. You’ll also get tons of special effects, duh, with a purported million-dollar light and video projection show.

For something infinitely simpler, see “I Rise,” the new show from Heartland Men’s Chorus. The group, celebrating its 30-year history, will perform the world premiere of a new commission based on the life and work of Maya Angelou. There will be two performances, Saturday night and a Sunday matinée, both at the Folly Theater.

Want to see a legend? Don’t mind going to secondary ticket markets? The great Paul Simon is performing at Starlight on Saturday night. He’s not only “Still Crazy After All These Years,” he’s still putting on great live shows.

Remember The Lumineers? They sang that hugely successful pop folk hit “Hey, Ho” a few years back. They’ll perform it — at least they darn well better — along with, presumably, a bunch of other songs. That show is Friday night in the Kansas City Power & Light District.

On the subject of one-hit wonders, you wouldn’t think that singer-songwriter John Ondrasik, best known by his stage name Five for Fighting, would be popular enough to play the Kauffman Center for the Performing Arts. Apparently, he is. Joined by the Kansas City Symphony, he’ll perform his best-known songs, including “100 Years” and “Superman (It’s Not Easy).” Which, we suppose, makes him a two-hit wonder.

Country artist Brantley Gilbert is just two albums into his career, but he’s already surpassed that total with a fat parcel of hit singles, including “Country Must Be Country Wide,” “You Don’t Know Her Like I Do” and “Bottoms Up.” He’s also written hits for Jason Aldean, including “My Kinda Party” and “Dirt Road Anthem.” The bro-country star plays the arena formerly known as Sandstone, Providence Medical Center Amphitheater, on Sunday night.

That amphitheater, of course, is halfway to Lawrence. If you want to go all the way to Lawrence, you can see Modern Baseball at The Granada. The Philly-based band has been described as folk punk and indie folk. Let’s just call it rock.

If you like more of an urban vibe, drive downtown on Sunday night. Hot 103 Jamz is presenting A$AP Ferg with support from Tory Lanez. The Harlem Trap king has been sued no fewer than three times for injuries related to his crowd surfing, so you know it’s going to be a raucous show.

If the island groove is your thing, spend Sunday night with Ziggy Marley, carrying on the legacy of his legendary father. He’s at the Crossroads. 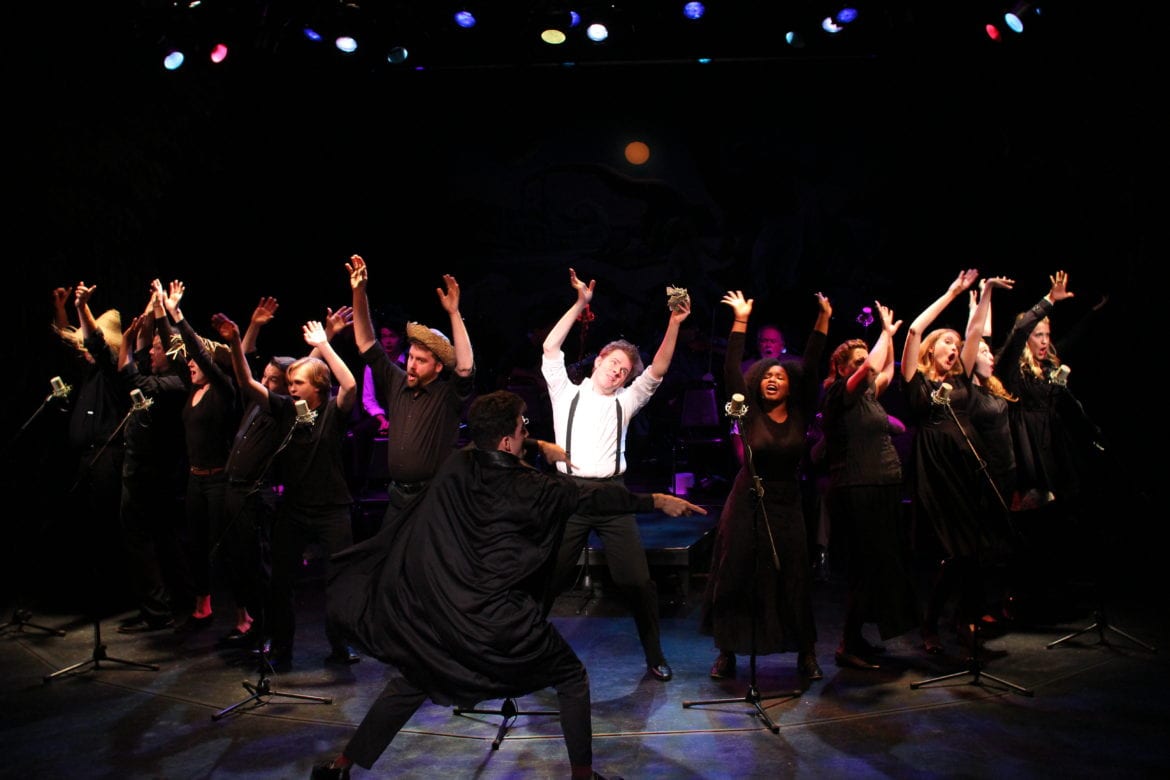 In fact, the Crossroads will host a few good ones this weekend. Saturday, starting at 4 p.m., the venue is having its annual Missouri Chainsaw Grassacre, a celebration of Americana and bluegrass featuring Reverend Peyton’s Big Damn Band, Mountain Sprout, Loaded Goat and more. Also down in the chips, you can catch ska legend Fishbone on Thursday night. That show is free.

There’s another free show on Thursday night, too. This one’s a gem. KT Tunstall, nominated for a Grammy for 2007’s “Black Horse and the Cherry Tree,” is performing a gratis show out south at Town Center Plaza.

What if you don’t like the night life? There’s plenty of day life this weekend, and it includes two great celebrations of the British Isles.

If haggis and hammerthrows are your thing, get down to E.H. Young Riverfront Park on Argosy Parkway. The Kansas City Scottish Highland Games and Celtic Festival is offering two full days of music, food and wildly entertaining, if unorthodox, athletic competitions.

After that, you could metaphorically sail across the Irish Sea. Actually, you’ll be driving to midtown and visiting Browne’s Irish Marketplace. The store is an institution in KC, open on the same site since 1901. On Saturday, they’ll be celebrating Hibernian culture with Browne’s Irish Street Faire. You’ll see music from the likes of Eddie Delahunt and The Elders. You’ll see movement from the Clanna Éireann Celtic Dancers and O’Riada Manning Academy of Irish Dance. You’ll see bagpipers. You’ll see hairy calves at the Best Legs in a Kilt contest. You will, not surprisingly, have a chance to drink Jameson, Guinness and Harp.

There’s more beer on tap, forgive the pun, at Westport’s Sixth Annual Summer Beer Fest. The event, which features more than 80 brews from nearly three dozen breweries, is a benefit for AIDS Walk Kansas City. Because the fest is sponsored by Sporting KC, you’ll also have a chance to meet a few soccer players.

If theater appeals, “Heathers: The Musical” is still running at the Unicorn Theatre. “Big River,” the Rodgers and Hammerstein classic, is showing at Musical Theater Heritage in Crown Center. If you want a play where no one sings, The Living Room Theatre is premiering a brand new show, “Bank Job.” It’s described as an idiosyncratic comedy about a pair of bank robbers trapped in a bathroom. Because that happens.

Feeling like getting stylish? From the humble beginnings of a few folding chairs in the street, The West 18th Street Fashion Show has become a major Crossroads event. Yes, it’s a fun place to see and be seen. It’s also a great way to support local designers, including a pair of very young talents to watch, Avery Dennison and Paige Beltowski. See them now before they’re off to New York. Dress to impress, of course, but don’t forget that you’ll sweat through whatever you wear.

Finally, if you have to miss Sarah Silverman and Dave Chappelle, you can still get your comedy fix. Red Grant is at the Improv. He’s appeared on HBO’s “Def Comedy Jam” and BET’s “ComicView.” Jimmy O. Yang, co-star of “Silicon Valley,” is at Standford and Sons. Both events are cool enough to help you beat the heat. Because comedy clubs, mercifully, have AC.