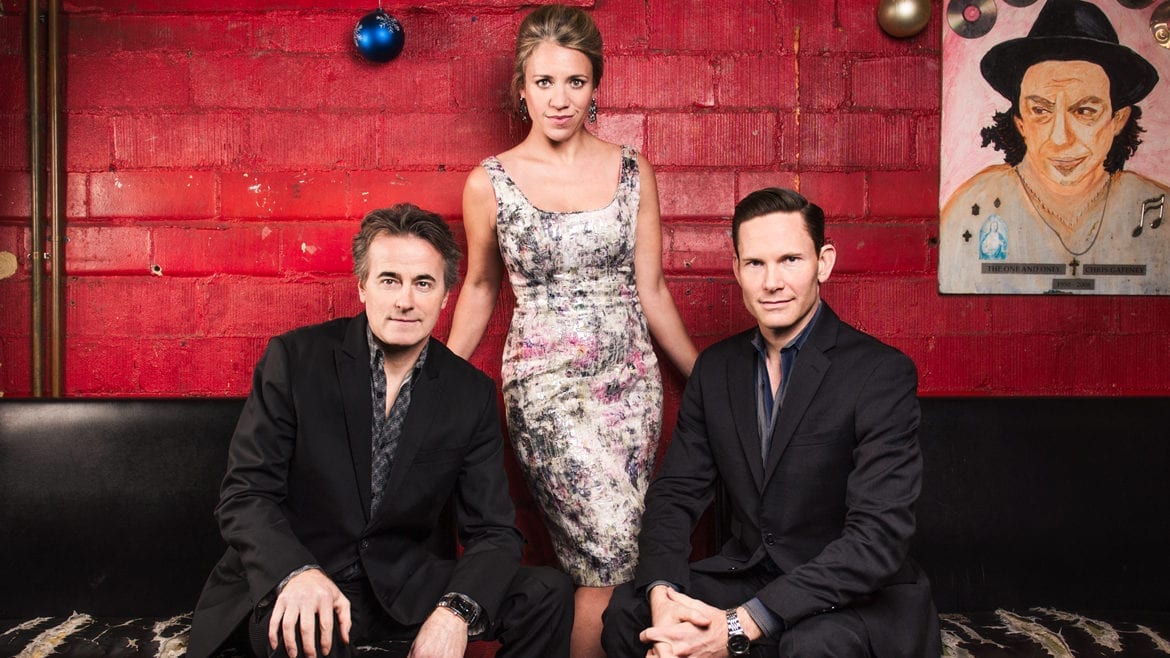 This week has already been a wet one. Like “build an ark” wet. The upcoming weekend, unfortunately, might not be much drier. Luckily, most of the best stuff to do around town will be held inside, so water won’t be a problem.

Except, that is, for the Brookside Art Annual. You might need rain gear for an outdoor, charming, little art fair that runs all weekend. Just pretend you’re René Magritte and carry your black umbrella. And maybe a pipe.

Middle of the Map festival, of which KCPT is a sponsor, is about to kick off. The festival has three elements; Music, Film, and Ideas, and the latter two are first up this weekend. The Ideas fest offers smart, cool, TED-like speakers at the Plaza branch of the public library, plus an appearance by comedy great Fred Armisen at the Folly on Saturday night. A full schedule is here on Middle’s website.

Cinephiles, meanwhile, can click here for the film schedule. Or use Flatland’s handy, silly flow chart to find out what you want to see.

If you don’t want to wait until next week for Middle’s music portion, there’s a ton of tunes coming sooner. You can go see Magic Man tonight, for instance. The two-piece, EDM synth pop act is at The Madrid. Friday at The Uptown you can see the bluesy rock of Foster McGinty, a benefit for Lyric of Life.

Bigger names are coming downtown. Last year The Who, or what’s left of them, had to postpone their 50th-anniversary concert tour stop in KC. Now lead singer Roger Daltrey’s health is better, and the British greats are back on stage. Get to the Sprint Center on Friday night to see what will almost certainly be the band’s final stop in our city.

For music of a more cerebral bent, see the Kansas City Chamber Orchestra. They’ll delve into baroque with a program that includes Handel’s “Water Music” and Haydn’s Symphony No. 60 in C Major. Or catch young French cellist Edgar Moreau. His free Friday night recital is sponsored by the Harriman-Jewell Series, so you know it’ll be a world class show.

You can also journey to the roots of jazz. Friday night at the Kauffman Center you can go from “New Orleans To Chicago” with the Kansas City Jazz Orchestra. The show will offer tunes by the likes of Louis Armstrong, Benny Goodman and KC’s beloved Count Basie. Get tickets through the Kauffman’s website.

Cowboy up at the JCCC. The Kansas Cowboy Jubilee, an all-day celebration of everything cowpoke, is sure to elicit a “Yippee Ki Yay” and “Yeehaw!” You and the kids can see trick-roping, cowboy poetry and barn dancing, plus displays of cowboy paraphernalia and western-themed art. You’ll also get top-notch music, including a headliner performance by Hot Club of Cowtown, a fiery, globe-trotting western swing three-piece led by KC’s own Elana James.

Theater lovers have a smörgåsbord to see. Spinning Tree Theater opens a production of “Amadeus” this week. “The Ghosts of Lote Bravo”, a well-reviewed drama about life on the Mexican border, is having a solid run at the Unicorn. “Marilyn/God” at the Fishtank recently had its run extended, and Quality Hill’s production of “A Grand Night for Singing” offers a fun night of song for Rodgers and Hammerstein fans.

By far, though, the biggest theater event this weekend is at the KC Rep. As part of their Origin KC festival of new works, the company is simultaneously staging two world premier plays, “Lot’s Wife” and “Fire in Dreamland,” presented in rotating repertory through May 22.

If the rain gets you down, close off a potentially wet weekend with comedy. James Johann is your man at Stanford’s. If you like Jeff Foxworthy, Johann’s down-home observations will tickle your redneck. Up north at The Improv, Jeff Dye is your guy. A handsome, hard-drinking lad, Dye was a finalist on NBC’s “Last Comic Standing” and has hosted a pair of series for MTV.

Both comics can make sure that you have a smile as big as an umbrella. If it rains all weekend, though, using an actual umbrella is probably a better idea.

— Hampton Stevens writes about the arts and entertainment for local and national publications. Follow him on Twitter at @HamptonStevens