All around the watch

How the Royals, a timepiece, and Champagne-soaked eyewear connect us all 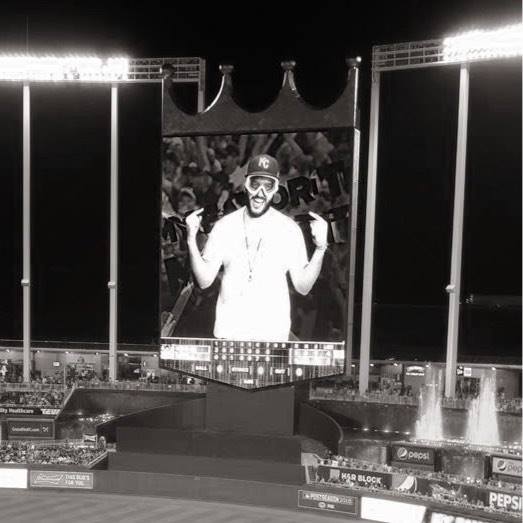 When not wearing Salvador Perez's goggles to Royals games, Cole Blaise is a producer at KCPT.
Share this story

You may have heard how the MLB banned Royals Manager Ned Yost from wearing his Apple Watch in the dugout last week. And since then, how Mike Wilson, CEO of local luxury watch company Niall, gifted a “Niall One.3” timepiece to Yost — royal blue dial, of course — before last night’s ballgame.

During the late-scoring 8-6 win over the Orioles, game-watchers saw KCPT’s own Cole Blaise, a multi-media producer and rabid Royals fan, on the big screen at the K. Last season Blaise became known as “The Goggle Guy” after snagging Salvador Perez’s goggles during the American League Division Series win celebration… and for refusing to take them off until the chase for the crown came to an end.

In March, The Goggle Guy, ahem, Blaise, produced the digital-first series Show Me, which featured Niall, and its CEO Wilson.

But we’re always happy for an excuse to highlight the Boys in Blue, their rabid fans (those with goggles and without), and local innovators. Catch the Show Me series’ video of Niall here.