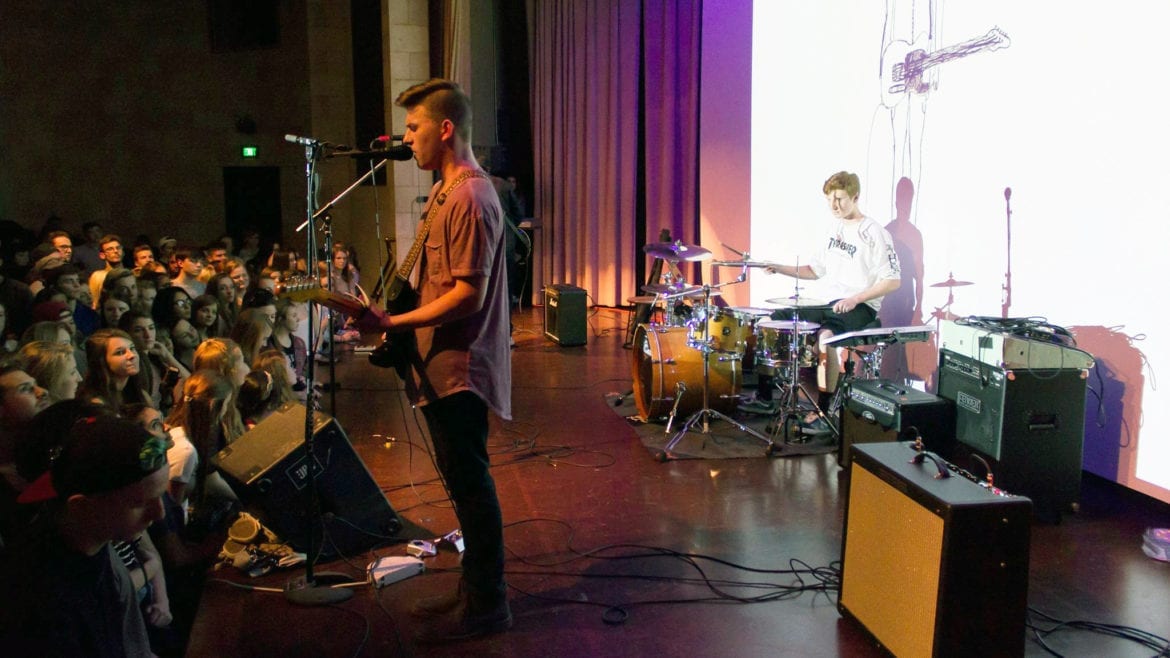 Counterculture, playing here at last year's battle of the teen bands at the Nelson-Atkins Museum of Art, is back for another shot at the ShuttleRock title, which includes a gig at the Middle of the Map festival in May. (Contributed: Patricia Bordallo Dibildox)
Share this story

Some of Kansas City’s youngest musical talent gets ready to duke it out this weekend at ShuttleRock – a teen battle of the bands at the Nelson-Atkins Museum of Art — and the stakes couldn’t be any higher for these four up-and-coming bands.

This year’s lineup includes The Moose, Shades of Blue, Counterculture, and American Slim, all of whom are competing for $500, coveted airtime on The Bridge’s “Eight One Sixty,” and a dream festival slot at KC’s Middle of the Map Fest, where the victorious band will get to share a bill with top local and national acts.

While the festival is a partner, the event is largely organized by the Nelson-Atkins’ Teen Advisory Group, a panel formed by the Nelson in 2012 with the goal of connecting area teens with the museum. Its 15-member board is made up entirely of teenagers tasked with organizing and facilitating a number of events throughout the year. This year marks the third teen battle of the bands and the first under the new ShuttleRock branding.

Wick Thomas, Manager of Teen Programs for the Nelson, said the event is in line with the Nelson’s efforts to draw a wider audience.

“The Nelson-Atkins is really expanding its community outreach and programming. So this event is just a logical step,” Thomas said. “It brings in teenagers who are artistically inclined to use this awesome facility for their art. And multidisciplinary art is a big draw right now, so this is an obvious partnership.”

Each band gets a 30-minute set, with KC synth-poppers Lovergurl closing out the evening before a crowd-polled winner is announced.

And though the prizes are certainly a draw, the participating bands all view the event as a valuable stepping stone in their growth as artists.

For members of Lee’s Summit band The Moose, their selection was something of a shock. The band —  which includes Emma Klein (drums), Tyler Frey (guitar), Parker Tozier (guitar), Alex Huffman (bass), and Jake Hilger (keys) — formed just seven months ago and had precious little content to provide for their application. Nevertheless, their submitted video audition received a large number of votes, cementing their spot.

The band’s style draws mainly from blues and alternative – elements that can be seen in its first professionally recorded single, “New Kind of Love,” released last month. 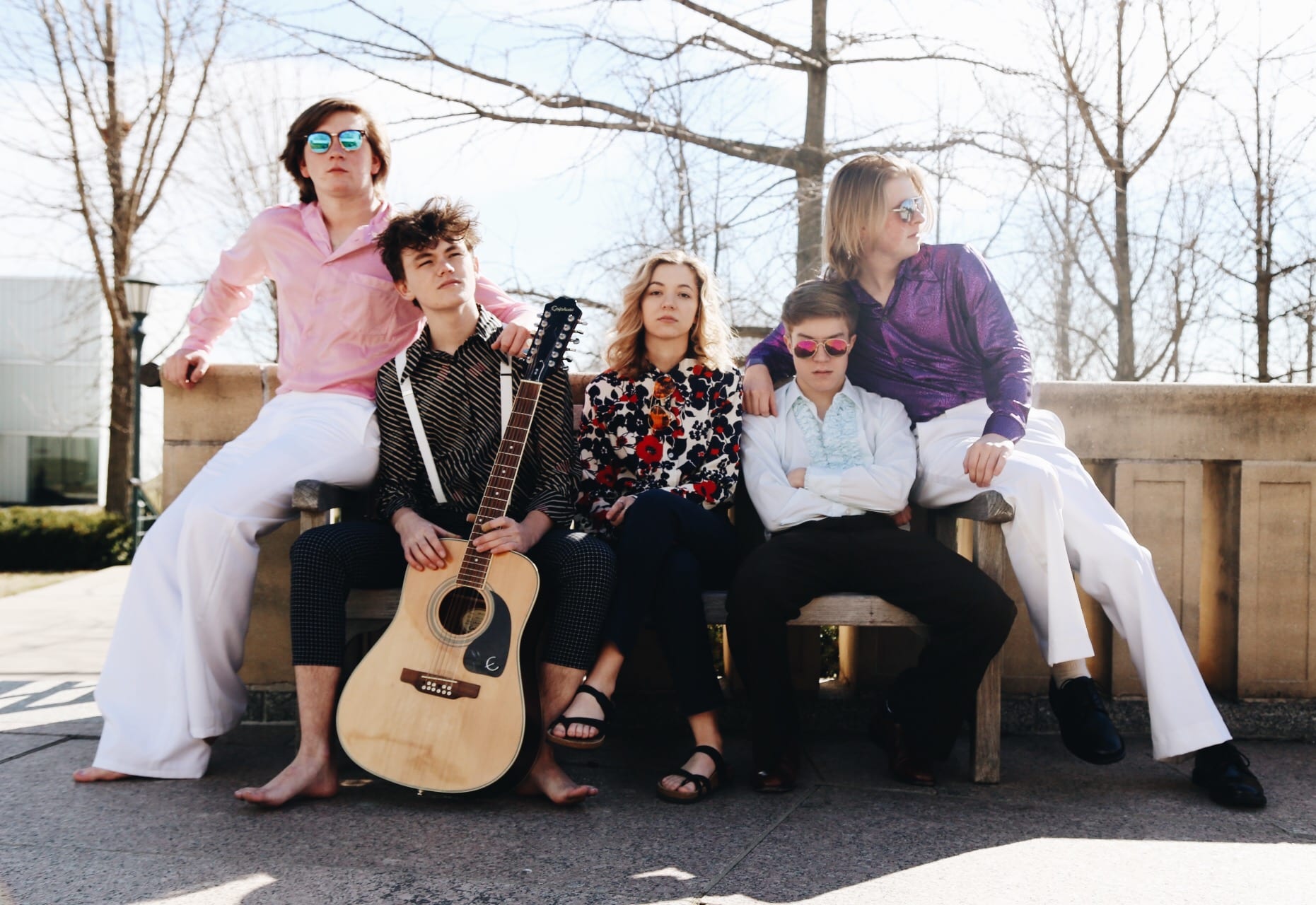 Guitarist Tozier is excited about the opportunity, noting that the spot at MOTM could be a game-changer for them.

“Lewis Del Mar is playing and I really respect him as a musician. Even if we’re very distant from him in actual space and lineup, it’s huge,” Tozier said. “Even if we’re the band playing before the band that people know, that’s a step up for us.”

come from all over the city. And some version of the band has been in existence since 2012, making it the de facto veteran group of the lineup. Band members in Slim frequently swap instruments and vocal duties on stage in their mixture of classic rock, blues and alternative.

ShuttleRock fits in nicely with Slim’s upcoming schedule, which includes the release of its debut full-length on April 1, but Petillo said the band is most excited about competing against other bands.

“Even if we don’t win, it’s just a really great experience and I’m really glad to be able to meet other local up-and-coming musicians in the scene,” Petillo said. “We’re all really excited to show them what we’ve got. We’ve been playing for so long now, and I think it’s time we start breaking that barrier and reaching new audiences.” 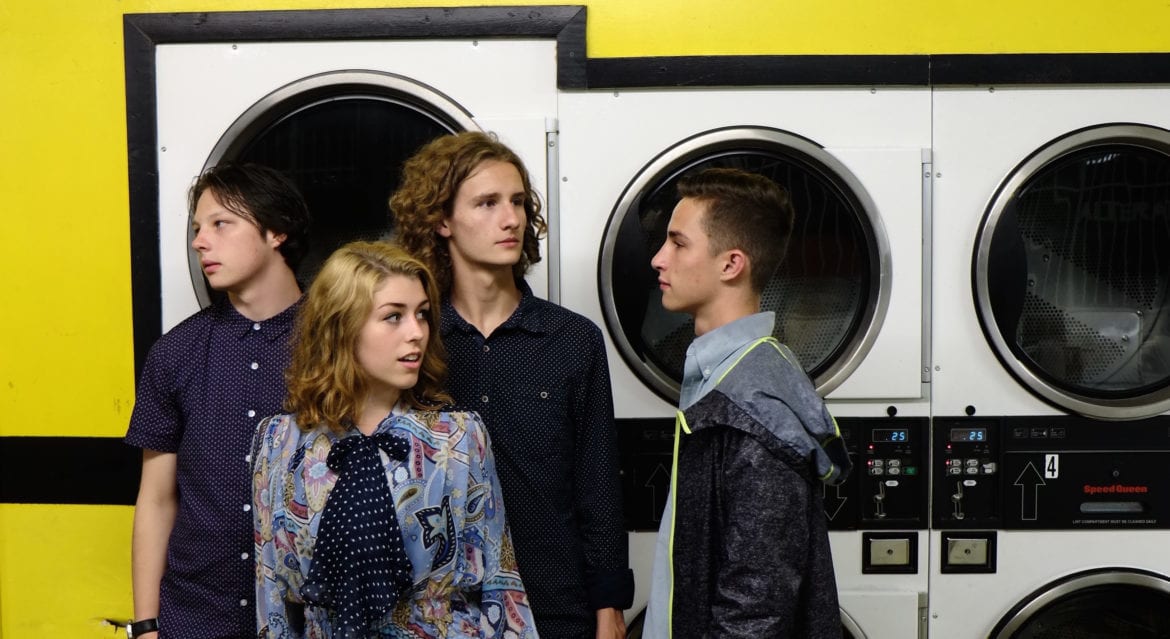 For the members of Shawnee alt/emo punk band Counterculture – which includes Brady Herron (guitar), Jakob Errigo (drums), David Kuk (guitar) and Aaron Hieb (bass) – this won’t be their first rodeo. The band made it to last year’s finals, but lost to winner Theta Intellect.

The band’s members have all been playing music since their childhood and come from a range of musical backgrounds, but collectively landed on emo punk as a preferred style for the group. The band is looking to release a debut full-length by mid summer.

When talking about ShuttleRock, the band said the prestigious prizes were something of an afterthought.

“We want to go out there and have fun. That’s the motivation with anything. And we want to find more people who want to listen to our music,” Brady said. “We didn’t pay a lot of attention to what the prizes were at first. But at this point, if we won and got that stuff, it would definitely be icing on the cake.” 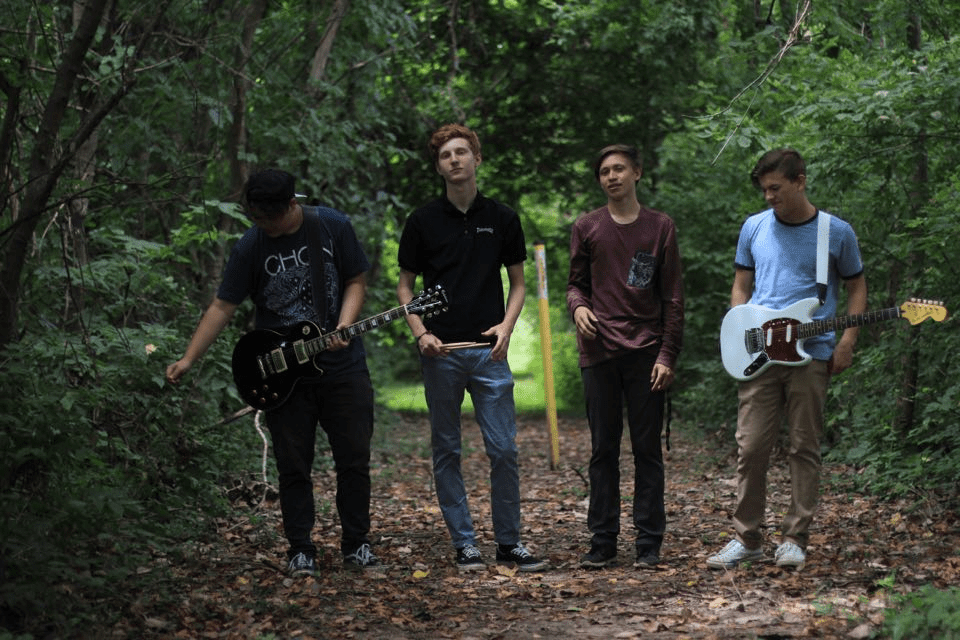 For Overland Park-based alt-blues rockers, Shades of Blue  – Colin McLaughlin (guitar), Thomas Pribyl (drums) Kate Cosentino (vocals), Tommy O’Halloran (bass) and Christian Sanchez (guitar) – this event will be both their debut appearance at ShuttleRock and their last, as all of their members will age out after this year. The band’s original lineup, which formed in 2015,  is still making music together despite the fact that many of its members have moved out of town.

Sanchez said while the slot at ShuttleRock itself is prestigious, the notoriety of a MOTM set is too important to ignore.

“Any exposure, especially on a huge showcase like [MOTM] is a big incentive to play this show,” Sanchez said. “It’s really cool to think about being able to play on the same bill next to some of those big names that Middle of the Map is able to book.” 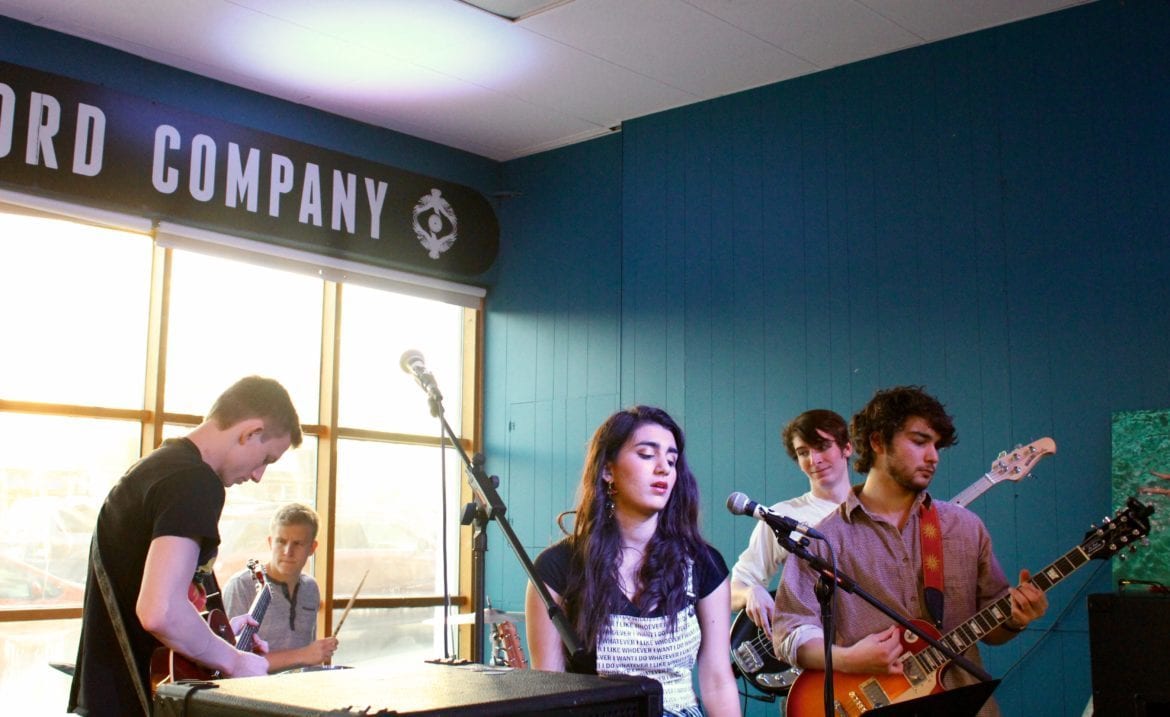 Wick Thomas, who advises the teen board for TAG, and who also plays in a band of his own (Wick & the Tricks), said he was encouraged by the volume and quality of the applications submitted.

“We had ten submissions in a matter of weeks,” Wick said. “I’m just really impressed with the professionalism and talent of these bands that are mostly made up of teenagers. It’s inspiring and motivating.”

ShuttleRock will take place at 6 p.m. Friday, March 24, at the Nelson Atkins Museum of Art (4525 Oak St.). Tickets are $5 and can be purchased at the Nelson-Atkins website.