The Nelson-Atkins Museum of Art, responding to economic tremors that have shaken the art world, is now charging for docent-led adult tours that had been free since the program’s earliest days.

The fees, announced in August, kicked in as Nelson-Atkins on-site tours resumed following the height of the COVID-19 pandemic.

“As we bring programs back on site, we are taking a careful look at all of our offerings and looking at ways to make the museum more sustainable and deliver on our commitment to be as accessible as possible to the broadest population,” said Anne Manning, the museum’s deputy director of learning and engagement.

To that end, the Nelson-Atkins “made the decision to charge for some of our adult experiences with docents,” she said.

The fee for regular tours is $100 for a minimum of two people and a maximum of 12. Regular tours include special exhibitions, collection highlights and the museum’s sculpture park. For a special exhibit, visitors are required to purchase tickets to the exhibit.

The fee for custom tours, which require docents to do extra research, is $300 for two to 12 people.

At the same time, the Nelson-Atkins is offering a new tour option known as “docent spotlight,” where visitors can visit the museum at a scheduled time and meet with a docent in a particular gallery at no charge.

Docent-led tours for school groups (which resumed on-site in April) will continue to be free, as will tours organized by colleges and universities for degree-seeking students.

Nelson-Atkins partners, nonprofits and groups with demonstrated need may be eligible for tour discounts, and Nelson-Atkins members will receive a 20% discount.

The museum’s approximately 120 docents will continue to provide their services as unpaid volunteers.

JoAnn Axtell, who has served as a Nelson-Atkins docent for about six years, said she was not happy when she learned of the decision to charge tour fees.

“Nor were most of the docents I talked to,” said Axtell, a retired educator. “We felt that it might prevent some people from being able to come and spend time in a guided tour if there was a cost involved.”

But Axtell said she accepted the decision after museum staff explained the reasoning behind it. “There are costs involved, even though they’re not paying docents,” Axtell said. “Even though docents deliver the tours, the paid staff develop them. We work as a team. And there are materials and copying costs.”

Decades ago, such considerations probably didn’t draw much scrutiny from Frances O’Donnell, the Nelson-Atkins’ first education director, who began to develop the museum’s docent program in 1934. The first docents were members of the Junior League of Kansas City, Missouri, a women’s organization that advances women’s leadership for meaningful community impact through volunteer action, collaboration and training. Their dress code stated that they would attire themselves for their docent duties as if they were “going to church or working in a bank.”

Impact of the Pandemic

But in July 2020, at the height of COVID-19, the American Alliance of Museums warned that one out of every three museums “may shutter forever as funding sources and financial reserves run dry.”

Citing a survey of more than 750 museum directors, the Alliance said that “without near-term assistance from governments and private donors, hundreds of directors reported their museums may not survive the financial crisis brought on by the pandemic.”

The Alliance added that “of the museums able to reopen, over 40% plan to do so with reduced staff and will need to spend additional funds to ensure their ability to reopen safely.”

In October 2020, The Nelson-Atkins Museum announced that it was trimming its staff by 15% and reducing its budget by 25%, to about $26 million, due to the “debilitating effects of the COVID-19 pandemic.”

In a news release issued at that time, the Nelson-Atkins said donors had continued to be generous with private donations, and that it had secured a Payroll Protection Program loan, but its six-month (mid-March to mid-September 2020) closure due to COVID-19 had cut off revenue it would have received from event rentals, fundraisers, ticketing, the Rozelle Court Restaurant, parking fees and merchandise sales.

Even after reopening, the museum suffered from the impacts of dramatically lower attendance and the cancellation of all traveling exhibitions, in-person tours, classes, public programs and festivals.

Last August, Manning said the Nelson-Atkins had conferred with its docents and other museums before deciding to charge for some docent-led tours. “One of the things we learned is that it’s been a long-standing practice at museums across the country to charge for adult group tours,” she said.

Manning said the museum also did a pricing study that indicated a willingness to pay for adult tours.

Axtell said she doesn’t mind not being paid for giving tours, despite the new charges.

“We’re volunteering,” she said. “We’re doing it because we love art, or we love being at the Nelson, or all of the above. The Nelson values us. They value our time; they use our time well. They are considerate and flexible. It’s just good to be connected with an institution of the stature of the Nelson.”

The Nelson-Atkins’ new policy on tours did not raise any eyebrows with officials from other Kansas City-area museums.

Karen Gerety Folk, curator of education at the Nerman Museum of Contemporary Art in Overland Park, said the Nerman does not charge for docent-led tours but that such charges are not unusual.

“There’s a huge variety of circumstances that museums around the country have found themselves in, with trying to balance staffing needs, as well as demand for volunteers,” Folk said. “Anything that involves extra staff time is fair game to think about.”

Folk noted that, unlike the Nelson-Atkins, the Nerman Museum receives taxpayer support because it is a department of Johnson County Community College and, as such, is a public institution.

“We here at the college are highly supported by taxpayers,” Folk said. “I always am hopeful that our neighboring institutions find what works best for them.”

Kemper Museum for Contemporary Art also does not charge for docent-led tours.

“Kemper Museum never charges for our programming,” said Anne Gatschet, the museum’s educator for docents, schools and tours. “It’s all mission driven. And the mission says we educate in a free and welcoming environment.” 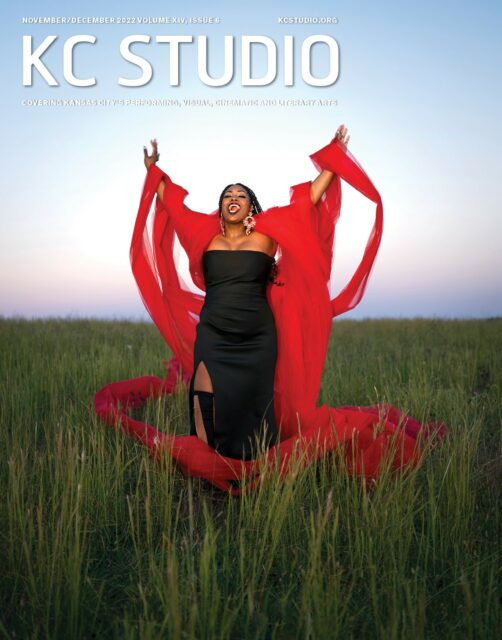 Gatschet added that she was “not trying to say that any other museum is not welcoming.”

“Our donors and members are greatly responsible for our ability to have free programming,” she said.

But Gatschet said charging for docent-led tours is a common practice. “A lot of times it’s an important revenue source for the survival of the organization. Counting on volunteers is a very specific kind of economy, and it’s not easy to maintain.”

Gatschet said Kemper Museum benefits from being “kind of a small museum with sort of a family feel, and everybody knows everybody. That’s an incredible gift that a lot of folks in this town don’t want to see go away. I don’t see any sign that we are going to start charging for any of our programs.”

Whatever their differences, art museums continue to rely on docents. Kemper is recruiting a wider array of volunteers for its docent program, Gatschet said. “We want to see a group of volunteers that look around the room at one another and see a lot of different kinds of faces and backgrounds and hear different accents, just the way the art on the walls represents that.”

In September the Nelson-Atkins hosted the 2022 National Docent Symposium. Attendees were expected from more than 100 North American museums and cultural institutions.

When COVID-19 put the kibosh on in-person museum tours, docents throughout the country organized virtual tours. And while patrons and docents are thrilled to be traversing actual museums again, virtual tours will remain part of the mix.