The Nelson-Atkins Museum of Art recently announced a series of initiatives including higher pay, new board leadership, greater emphasis on diversity, and a Kansas City-focused exhibition series.

The museum said its base pay has been raised to $15 an hour for all hourly employees, which affects about a third of the staff. In addition, all staff will receive a three percent salary or wage increase.

“The Nelson-Atkins thrives today because so many people through the decades have given their time, skills and personal passion to the museum and its mission,” Board of Trustees Chair Richard C. Green said in a release. “The museum leadership is working hard to recognize the value of its staff, volunteers, members and community members who help us grow in every way. Through our new strategic plan and our day-to-day work, we amplify our commitment to inclusion of all people, with the rich diversity that comes from different backgrounds, ideas and experiences.” 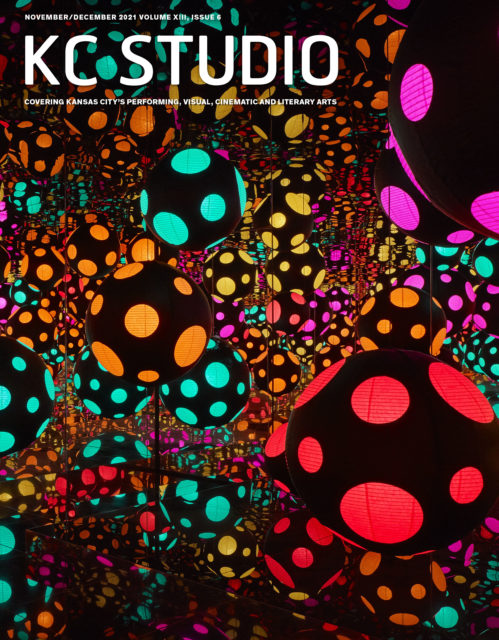 This article first appeared in the November-December issue of KC Studio. It is part of an ongoing content collaboration between Flatland and KC Studio.

The pay increases were unveiled about 10 months after the Nelson-Atkins laid off 36 employees, including well-known photography curator Jane L. Aspinwall, sending shock waves through the Kansas City art world. The museum reduced its staff by 15 percent and cut its budget by 25 percent, to about $26 million.

Nelson-Atkins officials blamed the COVID-19 pandemic for the cuts, which were announced in October 2020. But critics pointed to a reduction of the museum’s curatorial ranks over the past several years and called for greater transparency in decision-making.

In its latest announcement, the museum said Evelyn Craft Belger will become chair of its board of trustees in May 2022. Belger, who has served as a Nelson-Atkins trustee since 2016, has logged more than 10 years’ experience in commercial banking and 16 years in arts management positions. She is the executive director of the Belger Arts Center, and she and her husband, Dick, created the Belger Crane Yard Studios.

“Evelyn is the natural choice to lead the Nelson-Atkins into the future,” Green said.

The museum also announced that the board is bringing on five new members:

At a time when museums around the country continue to be criticized for a lack of artist diversity, the Nelson-Atkins board has adopted a new strategic plan that integrates inclusion, diversity, equity and access, into the museum’s mission.

“The new strategic plan reflects the intentionality with which we project the museum into the future,” Director and CEO Julián Zugazagoitia said in a release. “We have been embracing and living many of the goals through our practices, programs and exhibitions, and we strive to become a model for inclusivity.”

The museum said that during the past year and a half, the Nelson-Atkins has engaged with staff, volunteers and trustees on training and discussions concerning diversity issues. The results include actions such as the new pay structure, expanding the art collection with works by diverse artists, and working closely with the community to find more ways for all people to engage with art.

“. . . an attempt to expunge a portion of the museum’s history is not the answer to fighting racism or advancing our community. The better approach is to ensure and demonstrate that the Nelson-Atkins is a model for inclusivity and that our programs have a profound reach.”

JULIÁN ZUGAZAGOITIA, DIRECTOR AND CEO, THE NELSON-ATKINS MUSEUM OF ART

“Testimony” is the first in a series of exhibitions called “KC Art Now,” a celebration and collaboration with local and regional artists. The museum said the next installment of “KC Art Now,” currently under development, will showcase work by Asian American and Pacific Islander artists. Belger, the incoming board chair, said that show will be curated by Stephanie Fox Knappe, curator of American art at the Nelson-Atkins, and Ling-en Lu, the museum’s associate curator of early Chinese art.

Meantime, the museum announced that the board voted over the summer to retain “The Nelson-Atkins Museum of Art” as its name. The museum considered changing the name because of racist practices associated with William Rockhill Nelson, 1841-1915, who helped found the institution. Nelson also co-founded “The Kansas City Star,” which reported on his segregationist activities as part of a series of stories published in December 2020.

“The board concluded that as an institution rooted in history, an attempt to expunge a portion of the museum’s history is not the answer to fighting racism or advancing our community,” Zugazagoitia said. “The better approach is to ensure and demonstrate that the Nelson-Atkins is a model for inclusivity and that our programs have a profound reach.”