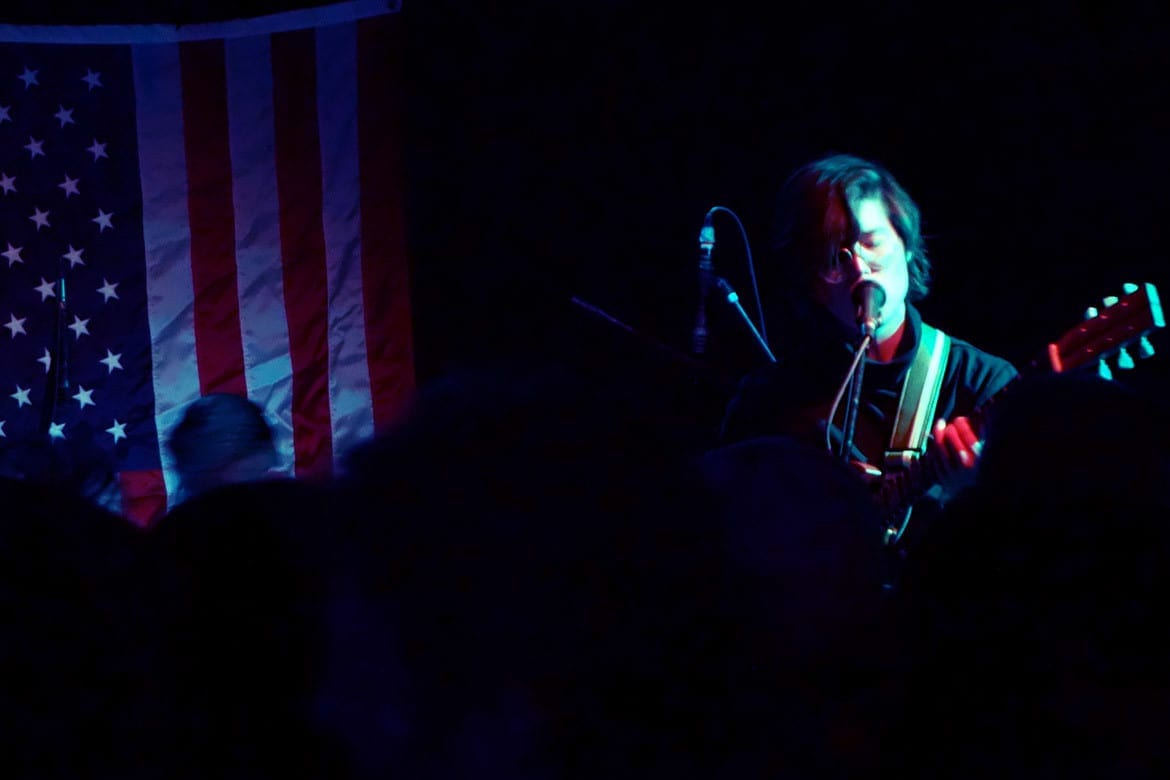 Taryn Miller, performing as Your Friend, just released her debut full-length. She delivered a set at the RecordBar in January, just before it closed its doors for good. (Photo: Dan Calderon | Flatland)
Share this story

Taryn Miller has enjoyed a speedy rise to national recognition in the last three years, due in large part to simply not overthinking things. And to hear her describe the sequence of events that led her from Winfield, Kansas to a major label release, you almost feel sorry for all the bands out there meticulously planning every step of their careers.

Miller, 25, who records and performs as Your Friend, is fresh off the release of her debut full-length album, “Gumption“, which represents her first effort under the Domino-backed recording deal she inked in 2014.

Miller’s story began in Winfield, where she spent the bulk of her childhood. She started learning guitar when she was 13 and eventually moved to Lawrence, on a whim, to pursue a music composition degree from KU. She would later abandon the idea after begrudgingly admitting to herself that she didn’t have the traditional music chops necessary to get into the program.

However, her change in academic pursuits didn’t change her desire to write music. Miller began working on her own songs in the evenings after class and started gigging small shows with the base of tracks she had written. After hearing early versions of those songs, her friend Jordan Gieger (of the Lawrence band, Hospital Ships) encouraged her to record what she had been working on.

Before she knew it, she had recorded an entire EP, “Jekyll/Hyde,” which she independently released. And within a matter of months, during her last semester at KU, Domino came calling. The whole experience was a welcomed surprise to Miller.

“I wasn’t even concerned with making a record. I was just happy to be playing shows. I wasn’t thinking I was going to shop [the EP] somewhere. So it felt really organic in that way,” Miller said.

Miller’s friends describe her music as “ambient folk with an appreciation for the avant-garde” – a description she doesn’t necessarily dismiss, but she would add that the music is focused heavily on songwriting with some experimental undertones.

“Gumption” is true to both descriptions, and represents a significant departure from both her previous EP and her approach to songwriting. 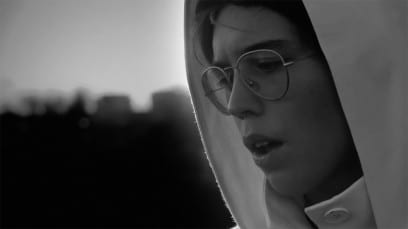 “[“Jekyll/Hyde”] came from such a personal place in a more emotive way. It was very raw and very divulging to some degree,” Miller said. “‘Gumption’ came from this place where I was re-centering a lot and looking at things through a different lens. And so it yielded a lot darker things that I hadn’t really acknowledged before.”

These ideas are certainly evident in her use of atmospherics on the album. Each of the tracks is its own expansive, intricately layered, and expertly produced universe. The album can be cold and literally mechanical at times, as heavily delayed audio loops of machinery churn in the backdrop. And her use of texture and effects expand the environment of her tracks, having the practical effect of making you feel tiny in comparison. Miller’s stark but effective guitar work embellishes these qualities and adds a spoonful of vertigo to the mix.

During its eight tracks, the album frequently evokes a feeling of discomfort that could be off-putting entirely if it wasn’t consistently broken up by moments of sheer beauty. And most of these moments are supplied by Miller’s strong vocal performance, which is clearly and deservedly front and center. Nowhere is this more evident than album closer, “Who Will I Be in the Morning,” in which a dizzying but subtle thunderstorm of sounds briefly relents to allow Miller’s two-part harmony to shine through the clouds.

Much of the album’s mood and sonics owe their origins to Miller’s frame of mind at the time she wrote the songs, which she described as a shift in the way she approached and processed her daily experiences.

“It stems most from a sense of self-awareness and making changes in my own life. The idea of gumption is the inertia that it takes to make those changes. To re-adapt to heal relationships and revisit them,” Miller said. “It was something I had wanted to explore when I was thinking about the record. I didn’t know how that was going to surface. A lot of things came to light as a result of it. I was just paying attention more. I was listening more – even to just sound. It was like I took a wrong turn that ended up being good.”

Miller said she began to apply this idea of listening to both the people in her life and her environments. This led to her taking microphones outdoors to capture field recordings – which she did on her parents’ farm in Dexter, Kansas.

“I would get on this four-wheeler golf cart thing that my dad has and just ride out through the creek and up into hills and fields,” Miller said. “I was going into the tree stands for hunting and dropping bullets around and recording that. There were so many textural things out there.”

Some of these recordings were chopped up and incorporated into the album to serve an instrumental purpose and provide an additional layer of depth to the tracks. And the sounds flow throughout the album, seemingly tying it together.

The idea is certainly inventive but it strikes at a greater theme at play here. Miller’s methods in her debut showcase a confidence in her vision and the, for lack of a better term, gumption to execute upon it. Looking back on her young career, Miller’s successes seem to all arise from moments where she took what was around her and made the most of it.

And given the rate of success she has enjoyed by taking those chances so far, there’s no telling where her wrong turns might take her in the future.

— Have any thoughts on “Gumption”? Let me know by commenting below, emailing me at pdancalderon@gmail.com, or hitting me up on Twitter @dansascity.