My Top Eight Movie Moments Scored By John Williams, Creator of the Star Wars Theme Music and Everything Else Awesome Ever 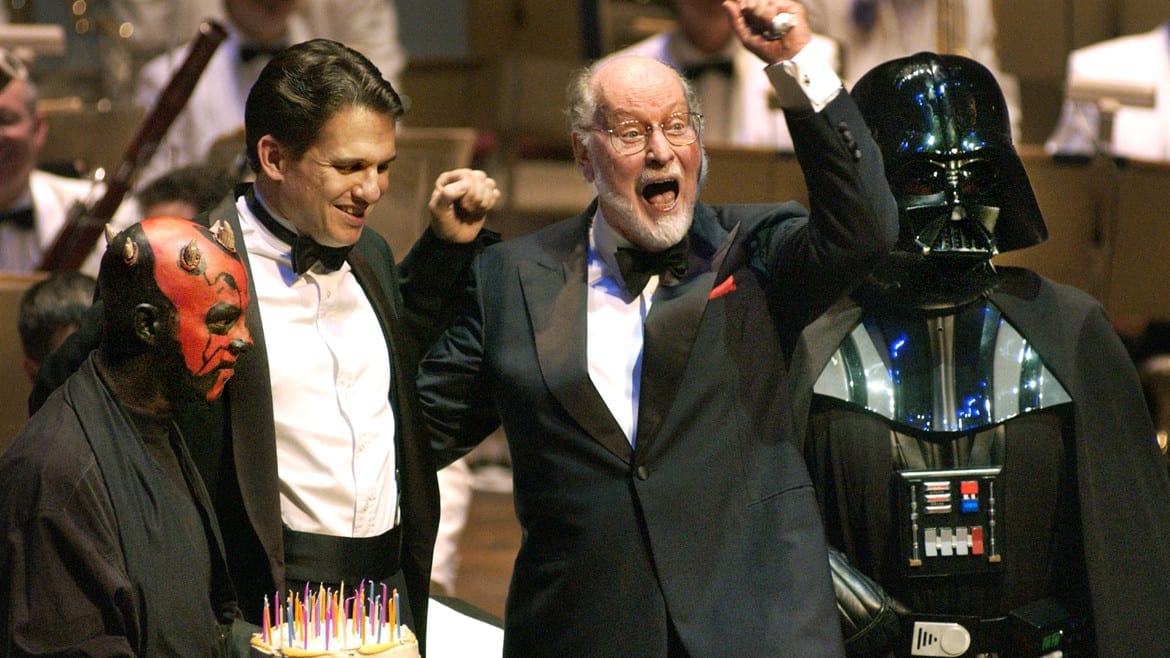 In a week and a half, millions of cosplaying moviegoers will file into theaters in Kansas City and across the country, eagerly awaiting the sound of two iconic horn stabs that will accompany the words “Star Wars” on screen as they fade into a backdrop of space. This music will herald the beginning of “The Force Awakens,” the latest installment in what has become the most beloved and culturally significant film franchise in history.

The “Star Wars” theme song and all other orchestral pieces in the series were conceived in the mind of John Williams — an American-born, Julliard-trained composer whose accolades include five Academy Awards, 17 Grammy Awards, three Golden Globes, and two Emmys. Williams has been nominated for a whopping 49 Academy Awards alone, and is second only to presumed-deity Walt Disney in that particular stat line. To say he has his game on lock down would be something of an understatement.

And while his “Star Wars” pieces may be his most recognizable, they are by no means his only relevant works. Even if you are the most stubborn of “Star Wars” contrarians, you have most likely been moved at some point in your movie-watching lifetime by his uncanny ability to drive home images on screen with masterfully crafted orchestral flourishes. Williams has made a career of capturing the sounds of imagination and exhilaration. And it is a strength he has successfully exhibited in nearly every project he has touched.

To illustrate this, and to celebrate the release of “The Force Awakens” and Williams’ storied career, here are my top eight favorite John Williams-scored movie moments, which exemplify how Williams’ Midas-like touch pushed the experience of watching these films beyond the confines of the screen.

8) Hook, “Remembering Childhood” as Peter Banning becomes Peter Pan
“Hook” was panned by critics (pun shamelessly intended), but for anyone who grew up in the 90s, Spielberg’s re-imagining of J.M. Barrie’s classic tale was a star-studded, fantasy movie goldmine. Williams’ scoring of the moment Peter remembers his past and regains both his ability to fly and his alliance with the lost boys is nothing short of exhilarating. And if the music doesn’t get you here, the reminder that Robin Williams’ brilliance is gone will.

7) Harry Potter and the Sorcerer’s Stone, “The Quidditch Match” during Harry’s first win
Let’s be honest. The quidditch matches were some of the coolest moments in the “Harry Potter” series. The score includes some of Williams’ typical dramatic thrill with some triumphant touches at the end. You can ride on a broom throwing balls at your local park all you want, but nothing beats watching the real thing on screen.

6) Star Wars: Episode I, “Duel of the Fates” during the light saber duel with Darth Maul
When most people think of the “Phantom Menace,” they think of the soul-crushing disappointment of Jar Jar Binks. I like to think of its three-story climax and the accompanying music. It is a manic track that fuses its strings and horns with a dominant choral performance, resulting in a thrilling concoction of sound. And it doesn’t hurt that this track happens to score what is inarguably the pinnacle of light saber duel badassery for the whole series.

5) E.T.: The Extra Terrestrial, “The Magic of Halloween” during Elliot’s bike flight
I was very young when I first saw “E.T.” and the idea of a flying bike may have been about the coolest thing my mind could have conjured up at the time. This track starts with a dreamy swath of strings and piano as Elliot and E.T. ride his bike through the woods at sunset, and ends with a crescendo of strings as Elliot takes flight.

4) Jurassic Park, “Welcome to Jurassic Park” as Dr. Grant and Dr. Sattler see their first dinosaur
Before this film’s release in 1993, there had only been a handful of movies that made use of CGI for special effects. And none of those films had any delusions of being able to pull off a convincing representation of an animal. That made this scene all the more mind-blowing. And its soaring orchestral arrangement, with its franchise signature horn melody, perfectly encapsulated the feeling of awe that we all felt at that moment as moviegoers.

3) Raiders of the Lost Arc, “Escape from the Idol Temple” during the first scene
The moment we meet Indy is one of the most memorable of the series — complete with booby traps, the rolling boulder, and the first of many slowly falling doors in the series. I always believed that if you ever dove under your dangerously-close-to-being-closed garage door without humming Indy’s theme music, you were doing it wrong.

2) Jaws, “The Empty Raft” during Jaws’ first attack at the beach
The attack music from “Jaws” is the stuff of legend at this point. The track begins with a slow and brooding blend of cellos and basses repeating a two-note bar that gets faster and faster as Jaws approaches his victim, and slowly adds horns and drums leading up to its crescendo during the attack. This particular scene is made more horrific by the fact that Jaws’ victim is a child – an experience that kept me out of all bodies of water, including swimming pools, for a brief period when I was eight.

If, by some chance, you haven’t seen “Jaws,” this scene is somewhat graphic. No severed limbs, but a lot of blood and a child being eaten.

1) Star Wars: Episode IV, “The Battle of Yavin” as Luke destroys the Death Star
This clip is Luke’s “one-in-a-million” shot that blows up the Death Star and (at least temporarily) defeats the Empire. The score here goes all over the place as Luke simultaneously fights off Vader, listens to Obi-Wan’s voice from beyond the grave, learns to trust in the Force, and fires off the perfect shot. I like to think of this moment as my nerd birth. Hooked for life. 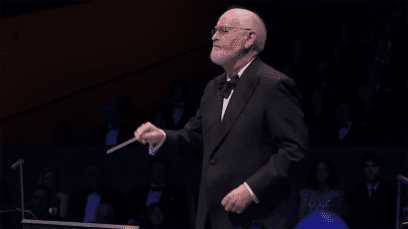