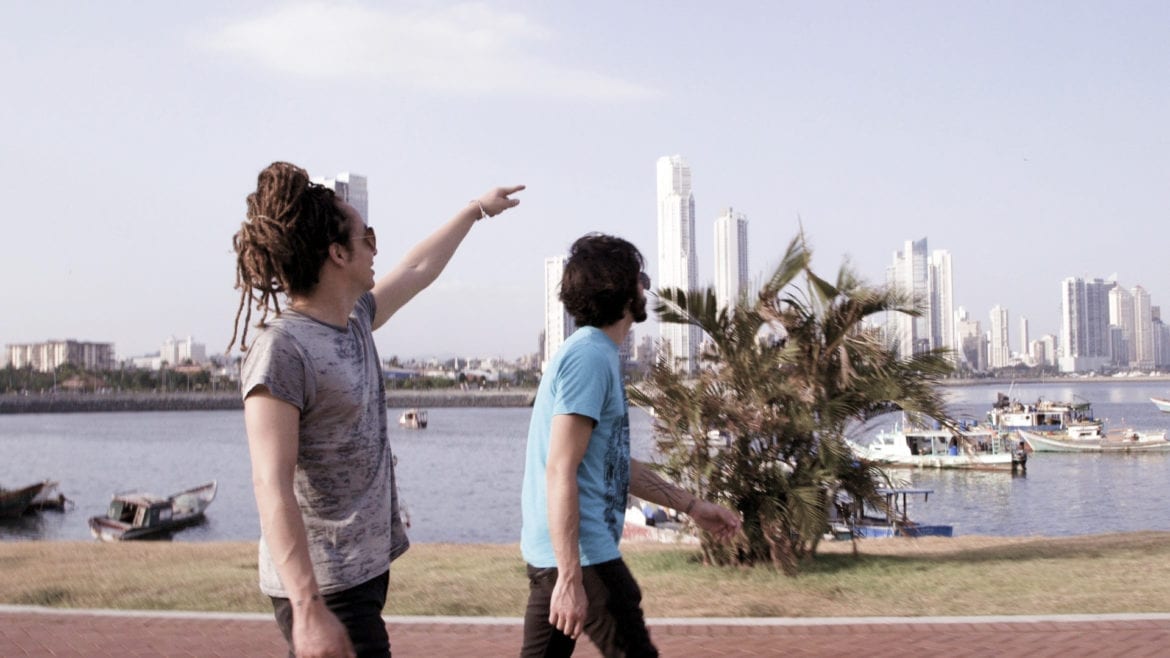 Chi brothers Enrique and Diego, of Kansas City-based band Making Movies, visit family and friends in Panama in this short film by Summer House Films. As the band tours for its latest album, "I am Another You," a focus on giving back to the local and larger immigrant communities has intensified. (Summer House Films)
Share this story

No, that’s not a typo caused by an errant elbow. It’s a single phrase – a greeting – in the Mayan language which has been lovingly adopted by local latin rock band Making Movies. The phrase roughly translates into “I am another you, and you are another me,” and the ethos behind the saying has both propelled the band over its last whirlwind of a year and motivated its many social activism campaigns.

Enrique Chi, who fronts the band with Diego Chi, Juan-Carlos Chauran, and Andres Chaurand, also borrowed a portion of the translation to title their 2017 LP, “I am Another You,” which has enjoyed overwhelming local and national critical praise, topped at No. 3 on the Latin Billboard Charts, and earned them a red carpet shout out from latin music legend Rubén Blades.

And while both the national tour in support of the album, “Immigrants Are Beautiful,” and their rally cry of “we are all immigrants” might seem like a symbolic middle finger aimed at the White House, their latest LP was surprisingly tracked well before Donald Trump had even announced his candidacy.

In fact, the album was meant to reflect the sentiments of Making Movies’ members, whose roots include the United States, Panama, and Mexico, and their position of being caught between arbitrarily separated worlds. Some of that idea can be attributed to Enrique’s experience of introducing his Venezuelan cousin to his Midwestern friends and finding that they had more in common than one would think. 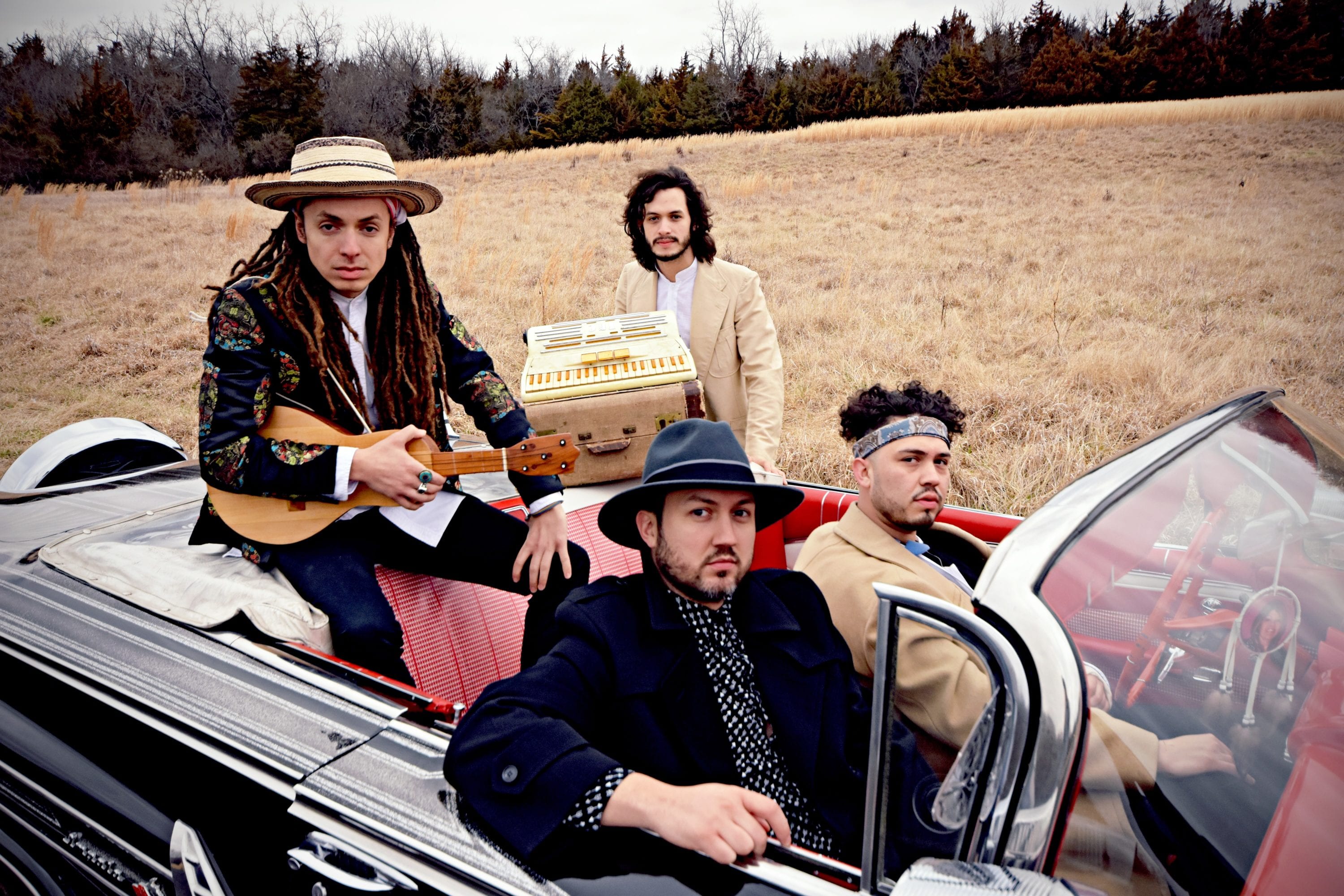 “When they got past surface level things, they connected, because we all share similar views of the human experience, with similar questions, similar pain and concern, and similar joy,” Enrique said. “There’s some struggle with the immigrant life, but moments like that show that there is some beauty. And I wanted to make music that told that story.”

But the interpretation of that idea changed, given the timing of the album’s release. In response to the political rhetoric of the time, the band directed its efforts toward empowering immigrant cultures that had become disenfranchised. That goal has evolved considerably as the band became more entrenched in the issues.

It began with the release of the album, when the band pledged to donate 5 percent of all album sales to The National Immigration Law Center – a nonprofit aimed at providing civil and constitutional legal services to immigrants and their families. And in the months leading up the May release date, the band blistered through a PledgeMusic campaign, offering fans a host of experiences along with their album purchase, with the aim of increasing sales and, ultimately, the amount of money raised for NILC.

Diego, bassist for the band, said partnering with the NILC to release the album fit well with their social work in the city.

“The NILC has been a longtime advocate for immigrant rights – especially those of lower income immigrants – which is exactly the community that the band has worked with in the Historic Northeast Kansas City. So we felt like there was a natural synergy and alignment,” Diego said. “At that time DACA had not been rescinded, but as we were seeing that that was a part of the conversation, we knew that the next phase for fighting for immigrant rights was going to be a legal battle. And with the NILC being at the forefront of that fight, we wanted to pledge our support and raise awareness for the organization.”

Enrique said that the band was proud to be able to write multiple checks to the nonprofit as a result of the campaign, but they still felt like there was more they could do.

In October, about a month after President Trump ordered an end to the Obama-era Deferred Action for Childhood Arrivals program, the band set out on a national tour in support of the album. And in a gesture of resistance, it offered free tickets to DACA recipients during the entirety of its tour, which had its intended effect.

“During the exchanges with those people who came, we learned that it made the show seem like they had entered a space where everybody in the room was welcome, and that they deserved to be given a fair shot at life,” Enrique said.

The tour ended in November, but Enrique continued his pro-dreamer efforts with solo shows at Ça Va in January benefiting The Pell Project – a local nonprofit aimed at providing scholarships to students who are either undocumented themselves or are the children of undocumented parents, thereby disqualifying them from federal financial aid. Thanks to the efforts of Enrique, Ça Va and a matching donor, the shows were able to raise thousands of dollars for the nonprofit.

In the process, the Chi brothers and Making Movies learned that by focusing their efforts on a more local level, they can make a greater impact, which has led them to expand their yearly music camps to a nonprofit – recently launched as Art as Mentorship. Enrique will be playing another solo show at Knuckleheads tonight to raise funds for the organization.

The nonprofit will be aimed at connecting underprivileged youth with music and artistic professionals and showing them all the different ways that a love of music can be turned into a way to generate a living.

Focusing on Making Movies brothers Enrique and Diego Chi as they return to Panama to visit their grandmother, explore their musical influences and perform songs from their shared cultural heritage, this film from Summer House Films and Kansas City PBS blends the trip to Panama with tapings from live in-studio performances from 90.9 The Bridge. Use the schedule to find repeats of the show.

And for Enrique, this idea of empowering others, particularly those who have been disenfranchised, is a way of putting the concept of “I am another you” into action.

“I see myself in these young people. That’s where it started in interacting with these DACA kids. Their stories are identical to mine, minus a few legal documents that my parents were able to finagle,” Enrique said. “A lot of systems beat into our heads the idea that our voices are useless. I would love to hear how these kids express themselves as adults. And we hope to leave them feeling empowered to express their voice.”