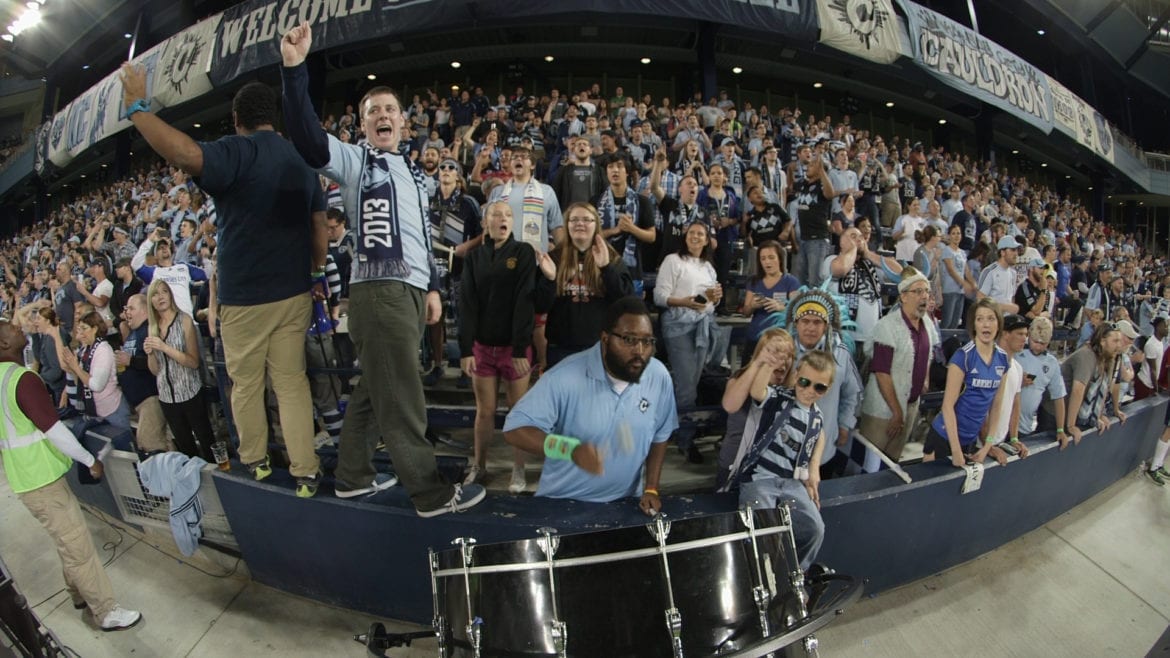 A fish-eye lens view of the Cauldron in action. (Video: John McGrath | Flatland)
Share this story

Last Thursday, Sporting Kansas City’s season ended following a 1-0 loss to Seattle Sounders FC in the first knockout round of the MLS playoffs. The loss was devastating – delivered after the Sounders netted a squeaker in the 87th minute.

Sporting’s success in getting a playoff bid this season is no doubt owed to solid play, good coaching, and getting wins. And Sporting wins a lot at home.

Children’s Mercy Park, Sporting’s home stadium, has become a U.S. soccer destination. It first opened its gates in 2011, as Livestrong Park, to welcome the city’s then newly-rebranded team. And fans of the MLS franchise who attended that first season in the new digs immediately noticed that something was different.

That something was the wall of sound being generated by a group of supporters on the North end of the stadium known as the Cauldron. And they have been an integral part of the franchise’s perennial success since its rebranding.

The section is hard to miss. Blue-clad fans bustle, wave flags, beat drums, ignite smoke bombs, and – perhaps most importantly – sing. The atmosphere they create is electric, their sound output penetrates chest cavities throughout the stadium, and their group kinetics cast a looming presence over the field that can actually affect what’s happening in the game.

Though the Cauldron has existed, at least in some format, since the franchise’s first season at Arrowhead, it matured at Sporting’s current stadium – thanks in large part to a partnership with Sporting’s ownership.

Sean Dane, 39, has been president of the Cauldron since 2010, right before the move to the new park. He recalled that during the planning phase, he and other Cauldron members were approached by Sporting’s ownership group to collaborate on designing the 2000-seat supporters section dedicated to the Cauldron.

Their demands were few, but important. 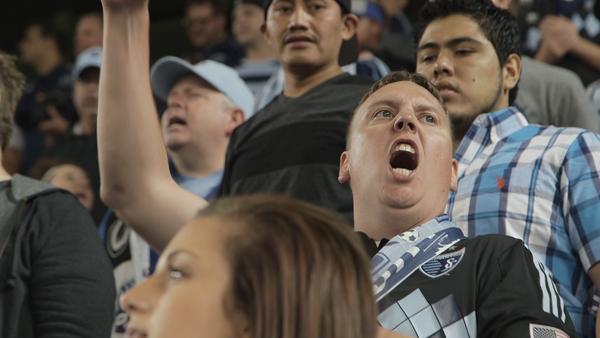 The original plans for the park contemplated the supporters section as an open-air location, but after hearing the requests from the group and doing research, the ownership determined that a roof was necessary – not to keep weather elements out, but to keep the sound of the Cauldron in. The architects then modified stadium plans to add a roof that has the acoustic effect of a band shell.

With the stage set in the stadium, the group turned its focus to the chants that have become its calling card. Drawing inspiration from international soccer fan bases, the Cauldron’s musical identity is a bit of a hodgepodge.

“It’s a mix of the Northern European style of traditional chants with the more percussive South American beats that are far more primal,” Dane said. “But at the same time, we play off popular music – adapting songs that people know and using them for our own device and story.”

One of the more pervasive chants stadium-wide is the “Shots” chant, which was lifted from the LMFAO/Lil John hit of the same name, and is deployed during corner kicks and some free kicks. Then there is “We Love Ya!,” which borrows lyrics and melody from “I Will Follow Him” by Little Peggy March.

“The main goal with the songs is having something that will unify the Cauldron. That our people will really connect to,” said Zach Cobb, who has been with the Cauldron since 2011. And because everyone has bought into it, it will be loud and fun, and the effects of that are going to go across the stadium.”

Final veto power is given to lead capo, Josue Molina, 29, who spends his days teaching music in the Independence School District. If approved, Molina teaches the chants to the larger group and directs the section’s musicians during games. He’s also charged with the tactical direction of chants – coordinating with other capos in real-time during the games to determine which chants should be used when.

“We hear from guys from other teams around the league and everyone loves coming to play at our park because it’s just such a great atmosphere.” — Seth Sinovic, Sporting KC player

“It’s a feeling unlike anything else to be in those little moments where you pick the right chant at the right time and it sets off the stadium. It’s a chain reaction. It builds and builds, and then, when it climaxes with a goal being scored – it’s unlike anything else in the world. You catch this new high and you take it with you all week when you’re out working or going through life.”

Capos like Molina aren’t paid for their efforts. They still have to buy their own tickets and show up every game to lead the Cauldron. To top that off, they spend the majority of games with their backs to the action on-field, miraculously getting usually-inebriated Cauldron members to chant in unison – a task Molina described as “herding drunk cats.”

Even the players, like KC-raised left back Seth Sinovic, can’t deny that the atmosphere is a factor in that success and serves as a point of pride for Sporting players.

“It’s big. We get a lot of energy from [the Cauldron],” Sinovic said. “The weather is pretty miserable in the summer. It’s humid and hot, and we rely on them. They give us an extra boost of adrenaline,” Sinovic said. “We hear from guys from other teams around the league and everyone loves coming to play at our park because it’s just such a great atmosphere.”