Nick’s Picks | Snow Day, Earth Day and the Rest of the Week’s News

This is not a late April Fool’s joke. Prepare yourself for snow Tuesday morning.

The National Weather Service forecasts you can expect from 1-3 inches of the white stuff.

Of course, this could still turn into a dud with barely a flake hitting your windshield. But the National Weather Service has issued a winter weather advisory for the metro from 10 p.m. Monday until 10 a.m. Tuesday. Slushy roads could lead to a tricky commute.

Kansas City Mayor Quinton Lucas has set up a meeting this week with Black Lives Matter activists. He’s trying to head off potential violent protests amid an imminent verdict in the Derek Chauvin trial.

He’s the former Minneapolis police officer accused in the killing of George Floyd. Closing arguments in the trial are expected to get underway today.

Officers must minimize displays of force such as bringing out armored vehicles and there are limits placed on the use of tear gas. In addition, police must create a buffer zone between officers and demonstrators and avoid intentionally escalating tensions.

Will we hear the pitter-patter of tiny feet in the Kansas City mayor’s office? A cryptic social media post from Mayor Quinton Lucas is raising questions about whether he’s about to become a dad.

The 36-year-old mayor sent out a tweet Friday in which he expressed his appreciation for the “high risk pregnancy folks at KU Hospital.” Then asked his followers to “pray for us.”

Of course, he could be asking for prayers for a family member. But the Jackson County Recorder of Deeds offers more clues about life behind the scenes for Kansas City’s best-known elected leader. Earlier this month, Lucas got married in a private ceremony to Katherine Carttar. She serves as director of economic development for the Unified Government of Wyandotte County.

That brings up its own set of questions.

For decades, Wyandotte County has had a residency requirement for employees. Kansas City, Missouri, also requires employees to live in the city in which they work. So where will the two live without skirting their respective residency rules?

Everyone is entitled to their privacy, but for a mayor who freely shares so much about himself on social media, it’s unusual that he’s chosen not to share details about this aspect of his life.

I know a lot of people’s eyes glaze over when you mention state politics. But there are a lot of critical questions searching for answers right now in Topeka and Jefferson City. Here are five big questions looking for answers this week.

1. Will Kansas Gov. Laura Kelly sign or veto a transgender sports bill that lawmakers sent to her desk? It’s been sitting there for several days now. Will this be the week she finally makes a decision? The measure would ban transgender athletes from participating in girls sports at any public school or university.

2. What about Missouri? Will lawmakers in Jefferson City follow their colleagues in Kansas? Or will threats of boycotts from sports organizations halt plans for a similar transgender athlete ban in Missouri?

3. Will Kansas Gov. Laura Kelly sign or veto changes to the state’s election rules? Lawmakers sent her a bill that makes it harder for a friend or a relative to help you complete a mail-in ballot. It also blocks state election officials from unilaterally changing any election rules without the legislature’s approval.

4. Will there be a breakthrough this week in the Missouri legislature over funding voter-approved Medicaid expansion? So far, lawmakers have refused to budge on that question. With threats of lawsuits, will legislators finally find the money this week?

5. Will Missouri lawmakers send to Gov. Mike Parson a bill banning vaccine passports? A measure gaining momentum in the legislature would block private businesses from asking workers or customers to show proof of a COVID-19 vaccination. And what are the implications for sports stadiums, companies and concert venues in Kansas City if this passes?

The nation’s top infectious disease expert, Dr. Anthony Fauci, says the fate of the Johnson & Johnson vaccine should be settled by Friday.

Both Kansas and Missouri hit the pause button on the one-shot dose last week amid reports of a possible causal link to a handful of rare blood clots.

No problems were found in either state but none of the vaccine has gone into local people’s arms since then.

The Johnson & Johnson vaccine had been widely used by the state of Missouri for its mass vaccination events, including a recent event at Arrowhead Stadium where as many as 8,000 people got the dose over two days.

Even without the Johnson & Johnson shots, both state’s say they’re now at the point where they’re struggling to find people to vaccinate.

At a mass clinic at Independence Center on Friday, health workers planned to vaccinate 1,000 people, but only 200 people showed up.

In Johnson County, public health leaders say demand has dropped off so sharply they may halt all mass vaccination events at the end of this week.

It’s become easy to now get the coveted dose without having to spend hours online trying to snag an appointment. The bad news is that only one in three adults in both Kansas and Missouri have bothered to sign up for their first shot.

That’s a long way short of the goals of public health leaders who say herd immunity could require more than 80% of adults getting the vaccine. 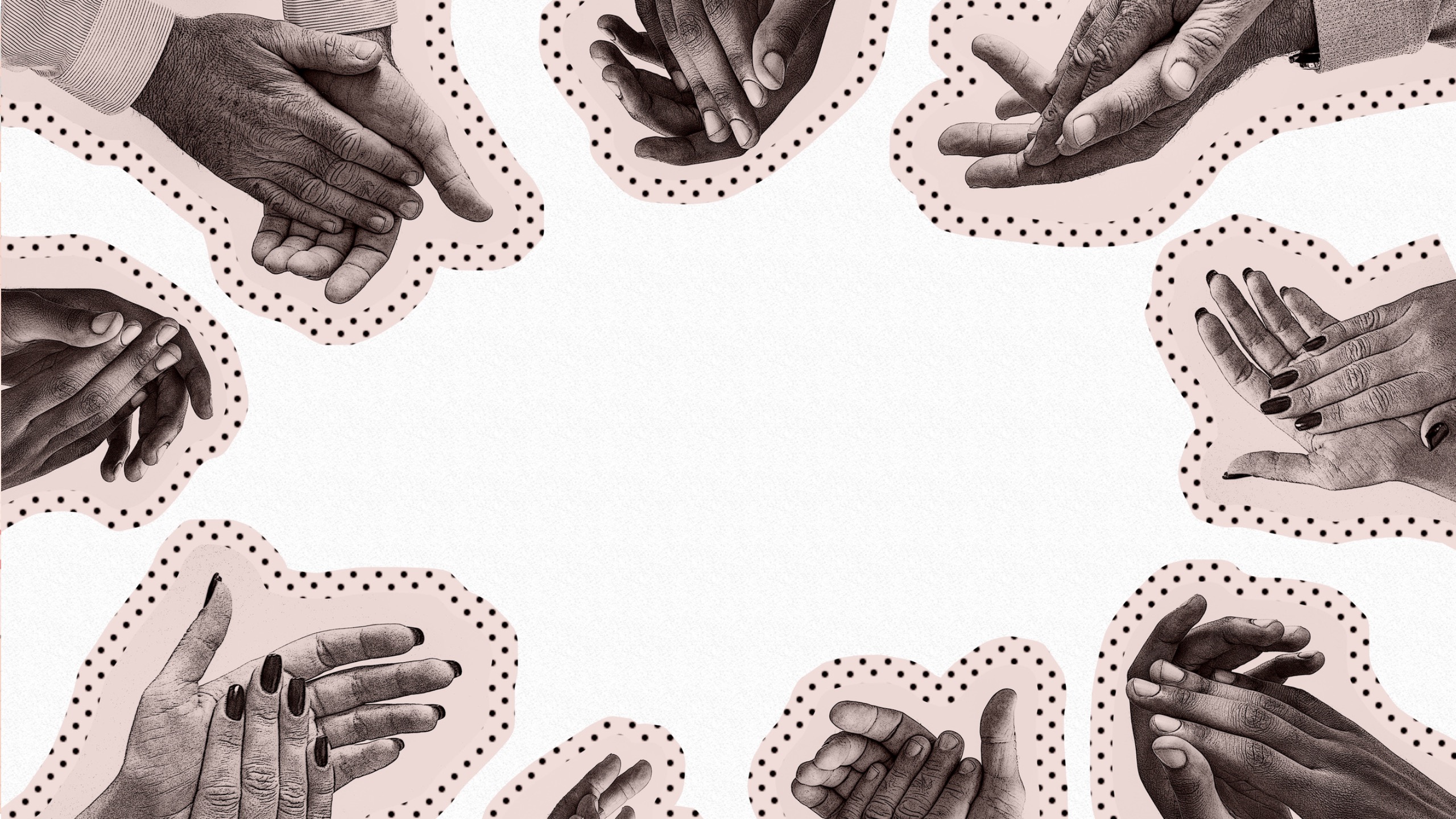 This Thursday is Earth Day.

I wanted to compile a list for you of all the amazing improvements that have happened to our environment over this last year. With fewer cars on the roads, flights grounded and industry grinding to a halt, wouldn’t you think planet Earth is in slightly better shape after a year in lockdown?

Well, apparently it’s not as clear cut as that.

It’s true that early in the pandemic, global restrictions led to the largest monthly reduction in greenhouse gas emissions in history. But it didn’t last.

December’s numbers actually exceeded emission levels from the same time a year before.

Also of concern to environmental leaders is that the pandemic gave governments an excuse to ease up on enforcing environmental standards and following through on green initiatives. Big companies and our local governments have been walking back promises to hit all sorts of goals, from reducing single use plastics to meeting benchmarks for more fuel-efficient cars.

And the verdict may still be out on some other big societal trends. Even after lockdown, will Americans return to public transit again or will they rely more on cars? Will fewer people be willing to live in dense cities?

I don’t have all the answers. I think it’s just safe to say that we’re still awaiting the final results of this pandemic year report card.

Funeral services are this week for former Kansas City Chiefs Hall of Famer, turned politician, Fred Arbanas. He died over the weekend at the age of 82.

Arbanas played a key role in the Chiefs first Super Bowl win in 1970. He would trade in his name recognition to run for elected office. Arbanas served more than 40 years in the Jackson County Legislature. Briefly, he served as head of Jackson County government after the abrupt resignation of County Executive Mike Sanders in 2016.

In 1999, the Longview Lake golf course was renamed the Fred Arbanas Golf Course in his honor.

Britain’s Queen Elizabeth II will be back in the spotlight this week. Just days after burying her husband, the queen will mark her 95th birthday on Wednesday.

She is already the longest-reigning monarch in British history. She’s been on the throne for 69 years.

This week, executives with the Texas-based burger chain Whataburger will fly into town for two groundbreaking ceremonies.

On Thursday morning, they’ll put on hard hats alongside Overland Park Mayor Carl Gerlach to break ground on their first Kansas location, at the site of the former Salty Iguana restaurant near 135th Street and Antioch Road.

They’ll then speed over to Lee’s Summit for a similar ceremony with the mayor there.

The chain plans to have four restaurants open in the metro by this fall. The two other locations are in Independence and Blue Springs.

About 6,500 fans are being allowed into the stadium to watch Friday night’s game against Orlando City. Kickoff is at 6:30 p.m.

And the Oscar Goes to…

This Sunday is the Oscars. Will you be watching?

In a pandemic year where movie theaters shut their doors, did you even have a chance to see any of the films?

Audiences for the big award shows have been plummeting during this pandemic year. The Golden Globes saw a 64% drop in viewers from the year before. The Grammy’s recorded a 51% drop.

But the Oscars are trying to jazz things up. The producers have taken a stand against Zoom. There will be no virtual acceptance speeches. The nominees are required to attend in person. The telecast gets underway at 7 p.m. on Sunday.