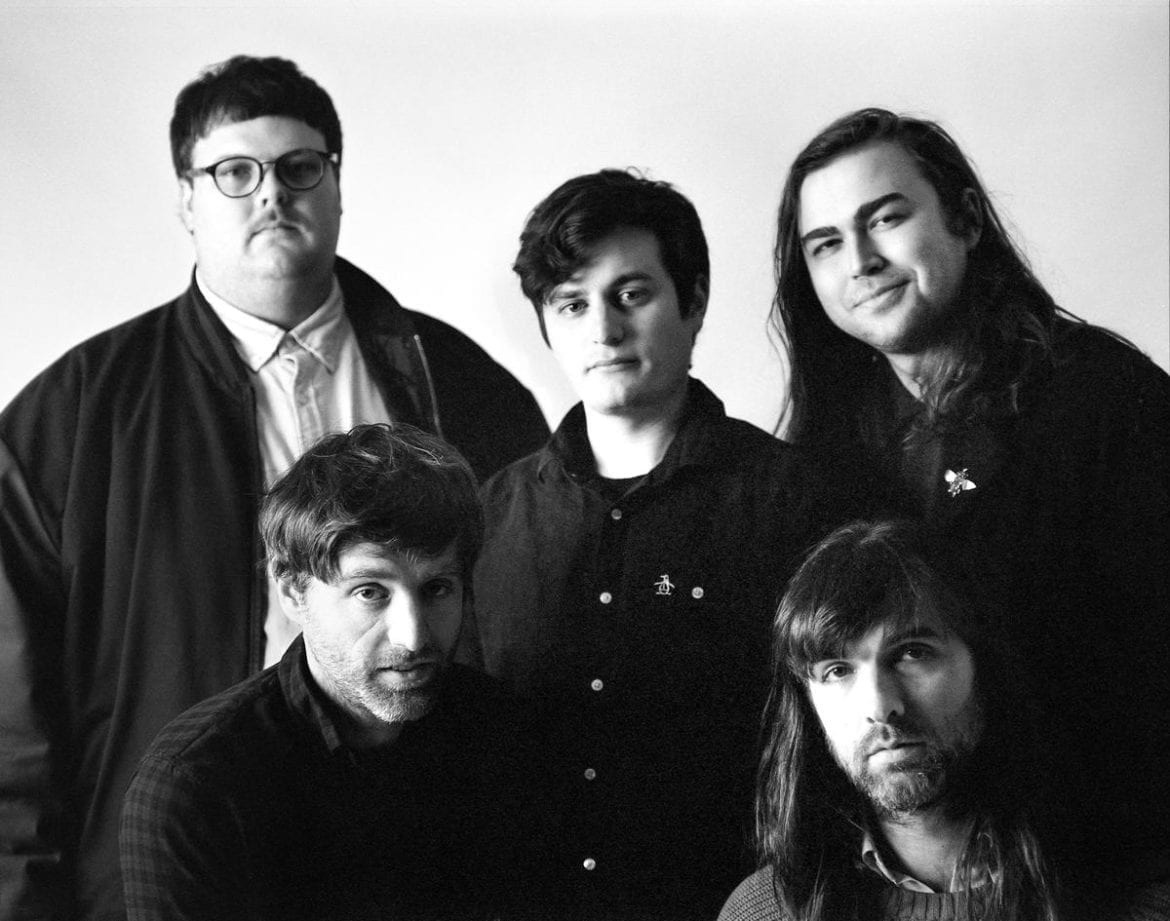 Local music fans unleashed a collective fist pump last spring when word began spreading that Shy Boys, one of the area’s most beloved indie outfits, was back in the studio tracking its much anticipated sophomore effort. That album, “Bell House,” will release next week through Polyvinyl with an album release party at recordBar on August 4th.

Much of the excitement arises from the fact that it’s been so damn long since the band released its first album. That 2014 debut was a syrupy, reverb-heavy jaunt that – despite being charmingly rough around the edges – was a strong indicator of band’s adept talent for crafting colorful pop songs.

In fact, it was that same skill that earned its founding members, Collin Rausch (guitar, vocals), his brother Kyle Rausch (bass, vocals), and Konnor Ervin (drums, vocals), coveted features on indie blogs Pitchfork, Spin, and Stereogum – that generally praised the group for its lo-fi arrangements using all manner of landlocked adjectives in a ham-fisted attempt to sleuth how a band from Missouri could write such authentic surf pop.

Since that time, the Boys have remained patient, consistently gigged, and added Kyle Little (guitar) and Ross Brown (guitar) to the lineup. 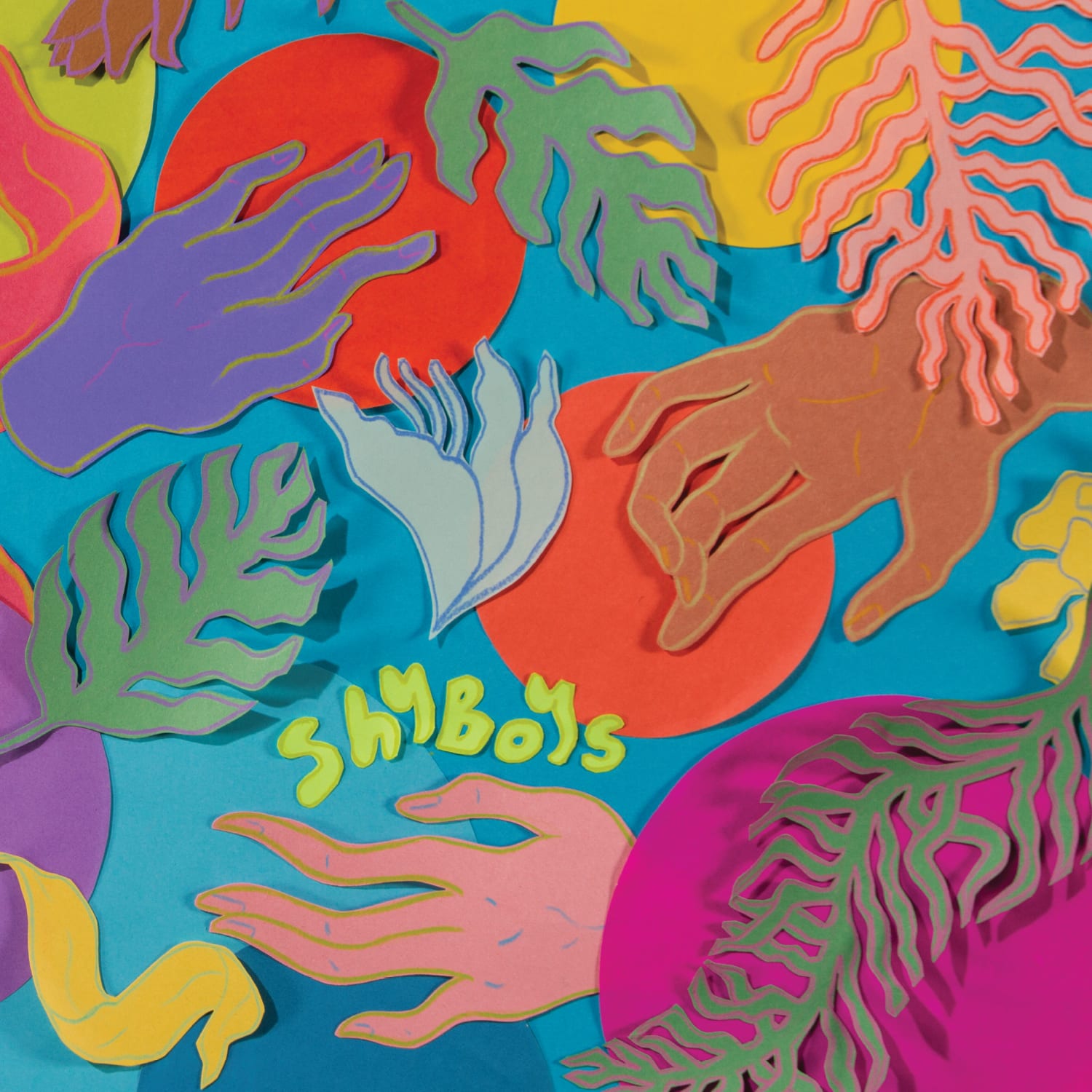 But there was another change that served as the inspiration and central focus for the band’s new record: They all moved out of what the Rausches described as a beat up, trash-ridden old house in the West Plaza where they had been roommates for much of the band’s formation and existence. Hence, the album title.

“We lived in that house for five years. For me that was between the ages of 25 and 30, but it was a very formative time for all of us,” Kyle Rausch said. “There are a lot of special memories that are associated with that house and the album is sort of a way to help us remember the experience.”

According to Collin Rausch, the band also used the house to write songs, record, rehearse, and play live shows with sister bands like the ACBs, Conquerors, and Ghosty. The house also happened to be a block away from the Westend Recording Studio, where the band tracked its debut record.

And though the bandmates continued playing together, they said their roommate goodbyes a couple of years ago. Collin Rausch got married and moved back into his childhood home with his wife. And it was there, reflecting upon recent years while walking through rooms that still had his childhood scribblings on the walls, that Rausch wrote the songs for “Bell House”.

In that sense, “Bell House” is certainly a pensive, longing look backward. But it’s not all happy memories. The array of emotions in Collin Rausch’s songwriting point to a narrator who is still coming to grips with how to process those memories and use them to take the next step. And he attributed much of that theme to his mental state during the writing process.

“That period was an exit from me being a bachelor to being a married man. And maybe this is a generational thing, but I never feel like I’m going to grow up. Here I am, thinking I had finally reached some sort of platform where I’d have things figured out. But because I had no money, I had to move back in my parents house with my wife,” Collin Rausch said. “It was like I’d taken a step backwards and somehow regressed further into adolescence than I already was. I was struggling to take care of myself as an adult while simultaneously trying to make music work. I can’t ever seem to have both of those things, which is really frustrating.”

Musically, the work is a departure from the no-fuss, reverb-laden sonics of the band’s debut. The Boys explore a lot of styles here with fairly consistent success, including elements of punk, country, R&B, and garage. But while they may have intentionally waded away from surf rock, there is still plenty of ’60s pop pastiche leftover to satisfy their most ardent fans.

By the same token, for those who appreciated the brevity of the band’s first album, “Bell House” goes one-further – cramming 10 tracks into the span of a paltry 22 minutes. And in typical Shy Boy fashion, the tracks still manage to create a lot of depth in small spaces – so even the one-and-a-half minute songs come off more like vibrant classroom daydreams than shrill blasts of album-filler.

What’s more – the band seems no longer content to retread old paths. Instead, each member has focused on honing his craft as a musician and singer.

“The first record is a wash of reverb and room sounds that kind of covers up a lot of scars. And on this one, we saw it as an opportunity to see what it sounded like to do it the other way,” Kyle Rausch said. “At the same time, we were trying to push the envelope a little bit of what we were cable of doing, arrangement-wise, as players.”

The band has succeeded on that front. The instrument tracks in “Bell House” go mostly unfiltered throughout much of the record. And the arrangements are tight – most prominently in “Take the Doggie,” one of the album’s strongest offerings in both instrumentation and vocal performances. But that track is no anomaly. Throughout the album, the band’s technical craft is constantly on display with a subtle, seemingly effortless confidence that would have been unthinkable a short four years ago.

And perhaps that’s the most noteworthy development in the Shy Boys’ world. Four years and many tours later, they’ve grown up in all of the important ways.

“When we released our first album, there was this zeitgeist of slacker potheads in indie music who just wanted to be on the beach,” Collin Rausch said. “We weren’t really quite there, but we had this laissez faire, lazy perspective in our lives. And with this album we wanted to be more honest. We aren’t beach people. This was us trying to figure out who Shy Boys actually is.”