A ‘Royal Celebration’ for KC Royals and Fans

It's official: Tuesday is celebration day. 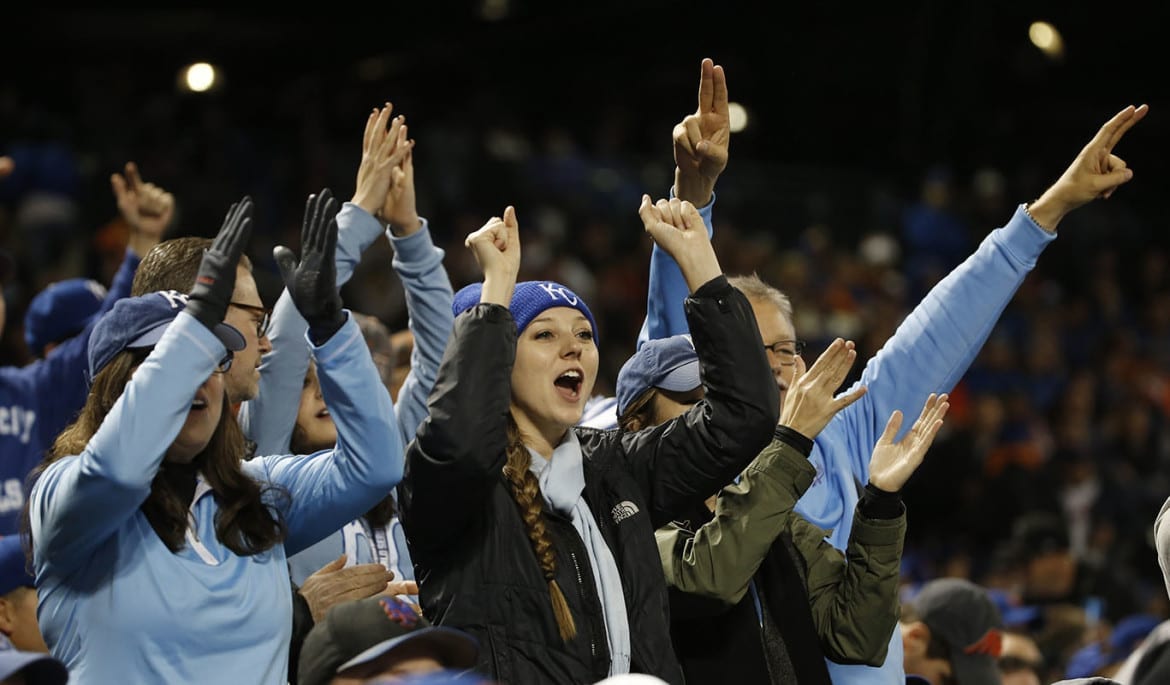 Minutes after the Royals’ exhausting 7-2 win over the Mets in the 12th inning of Game 5 of the World Series, the Kansas City Royals and the City of Kansas City issued an invitation for fans and supporters to a “Royal Celebration for our World Champion team,” Tuesday, Nov. 3.

The celebration will begin at noon with a parade, beginning in the Power & Light District and proceeding north to Ninth Street, followed by a victory rally in front of Union Station at 2pm.

According to the city announcement, there will be free “parade express” transit service providing transportation to the celebration from Kemper Arena, Country Club Plaza, Metro North, 47th and State streets, Swope Park, and Strang Line park and ride.

Following the World Series win, fireworks, cheers and honking horns greeted the midnight hour and filled the city with the sounds of celebration.

For more information about Tuesday’s festivities, see the city’s official celebration announcement, with logistics and parking information, and a map of parade routes.