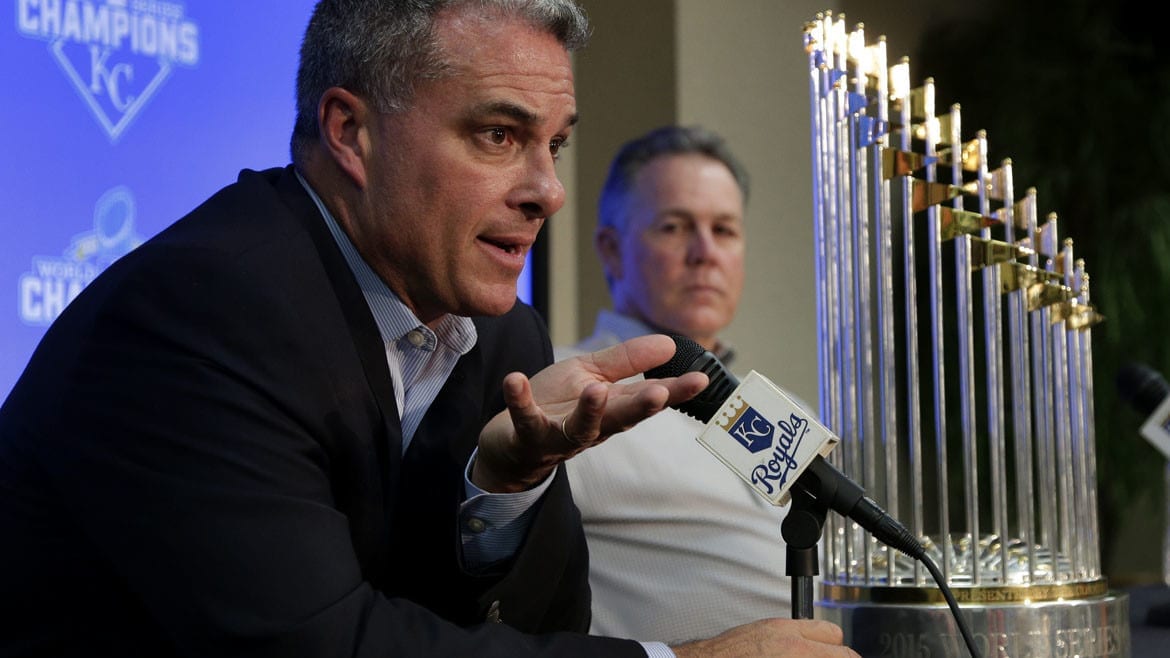 The Kansas City Royals completed a blockbuster trade today, sending two of the team’s best-known players to Toronto. Coming just days before the start of the 2016 season, the surprising deal sent fan favorites Eric Hosmer and Salvador Perez to the Blue Jays in return for slugger José Bautista and a player to be named later. Bautista, a right-handed hitter, is expected to add a heavy bat to a power-hungry Royals lineup. Bautista is also expected to play in right field, a position of need for the Royals since speedster Jarrod Dyson injured his oblique in Spring Training.

Royals general manager Dayton Moore described himself as “elated” about the deal. “We love what José can bring to the team,” said Moore. “Not only will he bring pop to our line-up, his low-key attitude is fantastic. José is just the kind of humble, team-first player that we are looking for in KC.”

Royals manager Ned Yost agreed. Yost also claimed that the team will have no trouble replacing Hosmer and Perez, both all-stars in 2015. “Drew Butera can be an everyday catcher,” said Yost. “We’re not quite sure who will play first-base for us,” Yost continued. “At the moment, we are leaning towards one of our batboys. Or possibly Sluggerrr.”