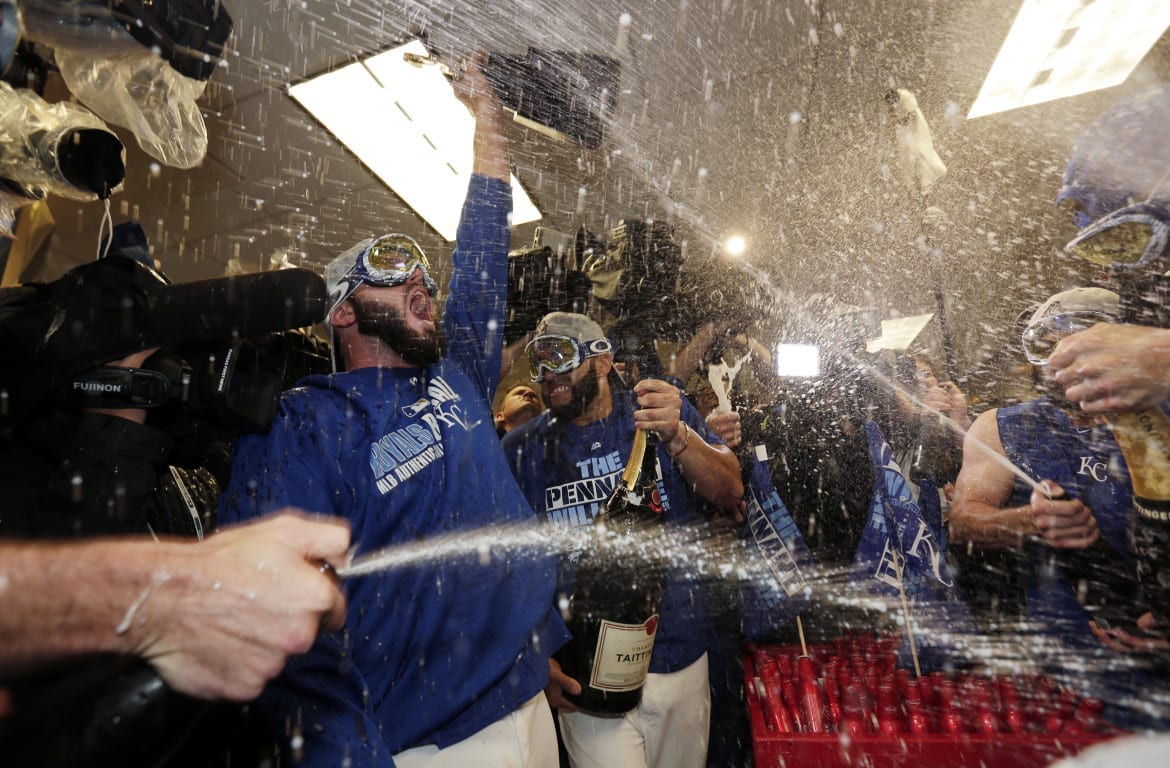 (Associated Press) The Kansas City Royals are headed to the World Series.

The Fall Classic begins Tuesday in Kansas City, pitting the Royals against the New York Mets. The Mets won their last World Series crown in 1986, one year after the Royals claimed their lone title.

The Royals wrapped up their second straight American League pennant last night by outlasting the Toronto Blue Jays 4-3 in Game 6 of the ALCS. Eric Hosmer broke a 3-3 deadlock with an RBI single in the bottom of the eighth, a half-inning after Jose Bautista tied it with a two-run homer.

The Royals never trailed in clinching their fourth AL pennant. Ben Zobrist homered in the first inning and Mike Moustakas added a second-inning blast to put Kansas City ahead 2-0. Bautista cut the Blue Jays’ deficit to 2-1 with a solo shot, but Alex Rios restored the Royals’ two-run cushion with an RBI single in the seventh. Rios and Moustakas each had two of Kansas City’s nine hits.

Wade Davis was credited with the win after pitching in and out of a ninth-inning jam, and enduring a 45-minute rain delay.