Fresh from the Eight One Sixty Studios Come the Favorites 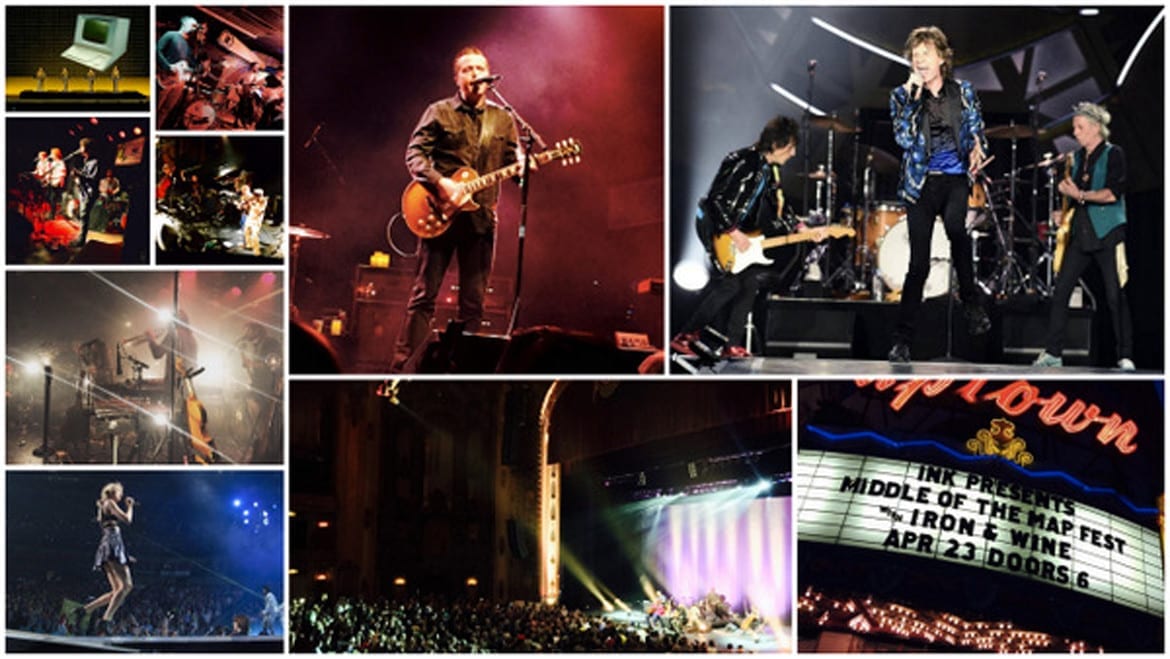 To say the hosts of The Bridge‘s Eight One Sixty music show, Sarah Bradshaw and Chris Haghirian, have heard some tunes this year would be a massive understatement. Here’s their actual statements on the year that was in music:

6/27/2015 The Rolling Stones | Arrowhead
Went into it with no expectations and left stunned. These sexagenarians (and up) put on one of the best live shows I’ve ever seen. Mick Jagger appears to have the endurance of Lance Armstrong and you know the words to every song. An amazing night.

9/21/2015 Taylor Swift | Sprint
Yeah, I know, but there’s no denying that she and her crew put on one of the best shows you’ll ever see. So many moving pieces. So many screens. And 13,000 LED wristbands to light up the arena.

2/17/2015 Jason Isbell/Damien Jurado | Uptown
Stripped down, no production, just Damien opening the show with his guitar and Jason leading his band through a wonderful set of simple music with stories told through gut-wrenching lyrics.

4/23/2015 Iron and Wine | Uptown
From Middle of the Map Fest, Sam Beam is one of my favorites and to have him on the fest was too perfect and too much for me to handle. I lost it during “Trapeze Swinger”. So happy to add him to the on-going story of Middle of the Map.

10/9/2015 Kraftwerk | Midland
Had no idea what to expect and I got a history lesson in electronic music and a captivating video show as well. They’ve been making music for 40-plus years and it still sounds brand new.

1/15/2015 The Appleseed Cast | Replay
It was so packed at Replay the walls were sweating but I was so close to the hard working subwoofers, the breeze from them kept me cool. They will always be one of my favorite bands.

4/24/2015 Seoul | recordBar
The goal of Middle of the Map is for you to come and see your favorite bands BUT leave having fallen in love with new bands. Seoul was that band for a lot of people. Four young men from Canada won over a lot of new friends that night.

5/18/2015 Other Lives | recordBar
There were five guys on stage and they played 22 instruments during their set. It was phenomenal. Felt like church.

8/20/2015 Madisen Ward and Mama Bear | Midland
To see a Kansas City band play to 1500 people was really something special. During the song “Down In Mississippi” I lost it, happy tears for Madisen and Ruth.

11/17/2015 Glen Hansard | Uptown
Every time I see him, his show ends up on my Best Of list. The ultimate professional, amazing showman, with a crew of old jazz cats backing him up. And then the encore from the balcony, what a night.

“Something More Than Free” | Jason Isbell