Live entertainment venues, among the hardest hit businesses during the COVID-19 pandemic shutdown, are finally getting some long-sought economic relief from the federal government.

In late December, a glimmer of hope for the struggling industry came in the form of the Shuttered Venue Operators Grant (SVOG) program when the Economic Aid Act was signed into law.

After multiple delays, technical issues and plenty of frustration from tens of thousands of hopeful applicants across the county, deposits from the $16 billion dollar federal program are now landing in the bank accounts of venues hardest hit by the pandemic.

So far, the amount of money distributed within Kansas City, Missouri, totals about $20 million to 13 recipients. The American Theatre Guild, which stages Broadway shows in 13 markets, is the largest recipient listed so far in Kansas City, getting $9,653,116 in relief.

Six groups in Lawrence, Kansas, have seen about $11 million in deposits, including Massachusetts Street staples The Bottleneck and The Granada Theater. The largest recipient in Lawrence so far is national event production company Mammoth Inc., which has received $9,743,465 in federal funds.

Federal help also has been received by three Overland Park, Kansas, applicants, including The New Theatre Company and Museum at Prairie Fire Foundation. The New Theatre is listed with $4,430,391 in assistance.

The long-delayed distribution of relief money has prompted a collective sigh of relief for applicants that have received awards. But others, namely those who suffered revenue losses somewhere between 25-70% in 2020, continue to hold their collective breath and refresh the SBA webpage.

“The process was arduous to say the least,” Willoughby said after KCFW was notified in late June that it would receive $87,545.

Despite shared frustration with a lack of communication from the local SBA and a few pushed deadlines for the distribution of funds originally planned for late May, Willoughby and Wenzel are grateful and ready to get to work using the relief funds.

KCFW reported more than a 90% loss of annual revenue in 2020, qualifying the organization as part of the Tier 1 group of applicants and a top priority for the “Save Our Stages” grant money.

Willoughby said KCFW received the amount of money “to the cent” that it anticipated after filing the application. The funding has warranted some celebration for Willoughby and his staff, especially considering the nature of running two large biannual events.

“We are unique because we work for six months before having an event. We had worked for and spent funds for five-and-a-half months and that’s when the emergency declarations went through,” Willoughby said, adding that refunding already-sold tickets put his company in a pretty big hole.

Willoughby now plans to manage Fashion Week’s May and September events more conservatively to ensure costs associated mostly with production and paying independent contractors is under control for the next three or four scheduled events.

Wenzel is in a similar situation. She was forced to cancel Boulevardia due to the mandated lockdown in 2020 and again in 2021 because of challenges planning the music and culture festival following 2020 losses, not to mention the unknowns surrounding the spread of the coronavirus.

Boulevardia’s $472,434 SVOG deposit will do more than ensure the festival will happen in 2022. Wenzel plans to use the money to make Boulevardia bigger and better than before, while also building a bit of cushion for festival years to come.

Wenzel is concerned that the funding is not coming quick enough for live entertainment venues who were unable or unwilling to manufacture creative ways to stay afloat during the mandated shutdown.

That was the case for The KC Melting Pot Theatre.

Aside from a few virtual improv and acting lessons to put some money in the pockets of Melting Pot performers, the small drama theater in Penn Valley Park has been closed since March 2020.

In contrast to organizations like Mammoth and Starlight Theatre, which received $6,542,242, Melting Pot received $22,735.

Melting Pot President and Executive Director Linda Williams said her theater received the amount of money that was expected, based on 2020 losses. And it’s going to make a difference.

“It’s going to allow us to come back strong,” Williams said. “We will be able to do shows that have more cast members, have more advertising and (the grant) will allow them to pay actors more — the actors who had a hard time performing.”

Planning a return to on-stage events in September, Melting Pot expects to ease into normal operations. For Williams, questions remain regarding the spread of the virus and the future of the company’s main venue, Just Off Broadway Theater, which is still in the dark while it waits to learn the fate of its own “Save Our Stages” grant application.

Steve Tulipana, who runs the recordBar, miniBar and Lemonad(e) Park live music venues across Kansas City, also was in the dark until he received notification that his grant request would be fulfilled on Tuesday afternoon.

“We didn’t get the amount we thought we were eligible for, but what we did get will be an immense help in getting through this winter,” Tulipana wrote in an email.

On track to raise prices considerably in his venues and in need of at least 30% more business to survive by the time the outdoor concert season ends, Tulipana said the funding should help his group ease into the re-opening and soften the sticker shock for customers.

“We are super grateful to everyone at (National Independent Venue Association) NIVA for their hard work last year in getting this passed through Congress,” Tulipana added.

“And to the SBA workers for administering it as fast as possible.”

The SBA’s Kansas City district office did not respond to requests for comment. 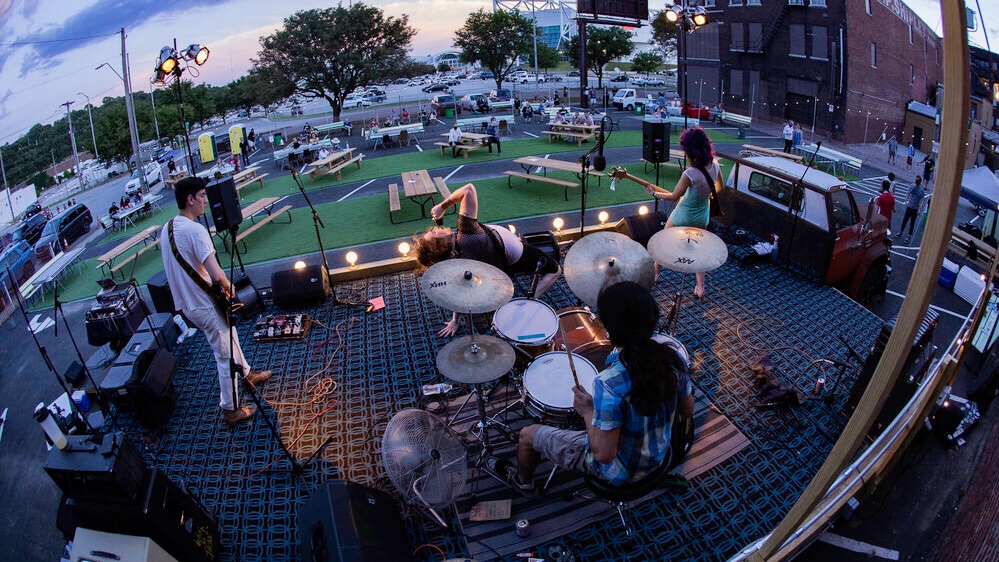 Live Venues Shuttered by Pandemic Could Start Getting Grants For an industry all but completely shut down since March 2020, getting back to normal is going to take a major jumpstart.

Uncounted: Inaccurate Death Certificates Across the Country Hide the True Toll of COVID-19

Some counties, like Cape Girardeau, have seen a spike in deaths that aren’t attributed to COVID-19. Many of them, blamed on natural causes, are likely from the coronavirus

Studies Have Repeatedly Found Mandates Encourage Mask Use and Slow COVID Spread. Politics and Lawsuits Make Them Unattractive to Policymakers

‘What Do We Tell Our Customers?’: Labor Shortage, Material Delays Hamper Home Construction