Discover KC with Made in the Middle 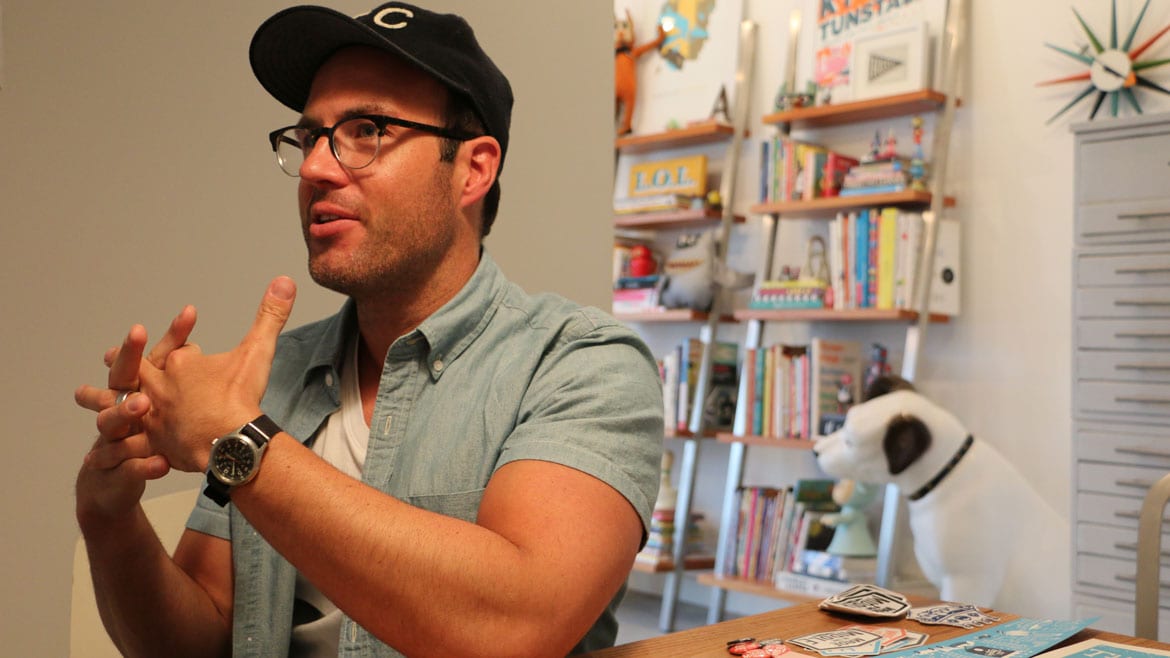 Designer Tad Carpenter just launched Made in the Middle, a passion project devoted to showing the country how cool KC is. (photo by Caitlin Cress/Hale Center for Journalism)
Share this story

Graphic designer Tad Carpenter grew up in Kansas City, and he said he can’t remember a time that felt quite like this.

“I’ve lived here my entire life,” he said, “and I can’t remember the feeling I feel in the city right now. There’s an electricity happening. On a national level, people are recognizing Kansas City.”

The year 2014 has been good for Kansas City: in large part to the majorly successful Royals season, KC has been on the radar of the whole country.

And what the rest of the nation is starting to notice — that Kansas City is cool — has been common knowledge among the local creative community for a long time. Carpenter, who is nationally recognized himself for his design work, often travels to speak at design conferences and colleges.

“Every time I go to one of those, without fail, people think I live in New York or San Francisco,” he said. “They say, ‘No. Really? Kansas City? Why?’

“Then I have to give the spiel about how incredibly fantastic Kansas City is and how rich it is from a creative standpoint, not only now but historically, and then half my talk ends up being about Kansas City,” he said.

Carpenter said he was frustrated by how little awareness there seemed to be about his hometown. He set out to put a dent in this problem.

Over the past couple years, Tad Carpenter Creative has developed a side project: Made in the Middle. Launched in early December, Made in the Middle features profiles of local “makers” and a history of creative culture in Kansas City.

“Anybody that’s making unique things themselves and following their passion in some way, they qualify,” Carpenter said. “That makes it a pretty wide umbrella.”

The makers section of Made in the Middle is currently graphic designer and illustrator–heavy, which Carpenter recognized.

“I think that comes from our background influencing us a little bit,” he said. “It’s going to be design-heavy, but we’re just trying to make it as diverse as possible.” 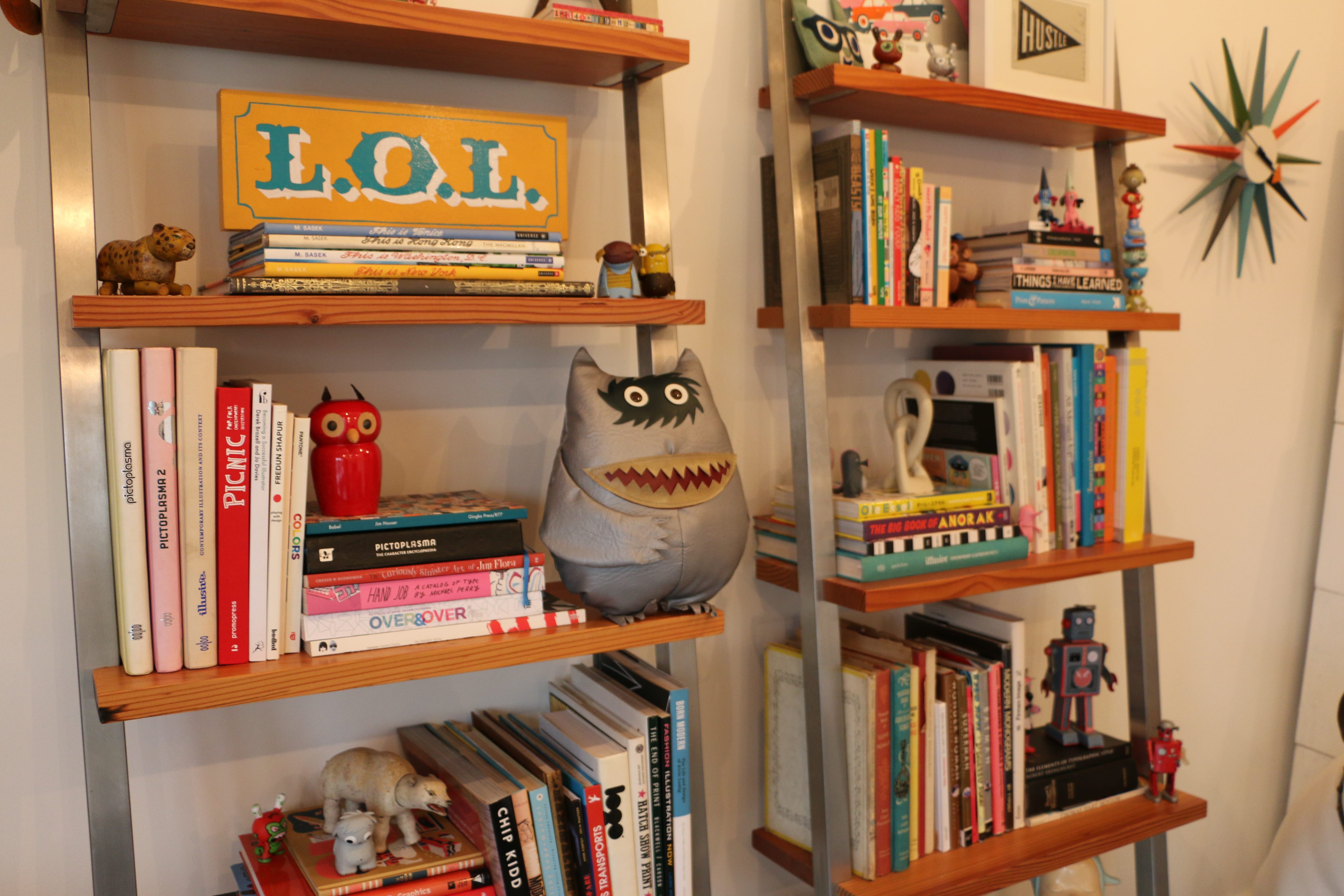 Suggestions for future profiles, which are posted every Monday, can be submitted through the website. Carpenter said he’s been thrilled by the response, which quickly expanded beyond what he expected.

“(People are submitting) things that I never even thought of, like actors and activists and even real estate,” he said. “I never even imagined where that creativity would come from, but it does.”

He said he has gotten encouraging feedback about these maker profiles, as well.

When the makers are interviewed for their profiles, Made in the Middle is collecting some information that hasn’t made it to the site yet: the makers’ personal recommendations for the best spots in the city.

These recommendations will soon populate a “local” tab on the site. The local page was inspired by a frequent email Carpenter receives from friends who will be traveling to Kansas City: “I have an email that’s growing month-by-month that I just copy and paste (to reply). What I wanted was a place, like this local section, that I can just send them a link.”

The local section will include picks from all the makers when it launches in January. It will be carefully curated, but Carpenter said he’s open to all the suggestions he can get.

“Part of starting this site, yes, I go out and pound my chest about Kansas City when I travel and stuff, but part of me was like ‘I want to make sure I know more about this city,’” he said.

Knowing more about the city means learning about its past, as well, so Carpenter seems to be particularly excited about the “history” page on Made in the Middle.

Developed in collaboration with KU professor Jeremy Shellhorn and Tad Carpenter Creative intern Lexi Griffith, among others, the history timeline tracks important creative moments in Kansas City history from the founding of Hallmark Cards in 1910 to the first handbag KC-born brand Kate Spade sold in 1993.

Just like the local and maker sections, Carpenter welcomes suggestions: “I’m not an expert in Kansas City history,” he said. “These are the things I know of.”

An entry on the timeline of seasonal note is Paul Coker, a production and character designer on Christmas specials like “Santa Claus is Coming to Town” and “Rudolph’s Shiny New Year.” Coker was born and raised in Lawrence, Kansas. He is also credited with designing the original “Frosty the Snowman” for the 1969 T.V. special.

Carpenter sees Made in the Middle, and the knowledge-spreading purpose it serves, as his “little, tiny duty to Kansas City.”

Made in the Middle does include merchandise: shirts, hats, even baby onesies.

“We wanted this to be a place where people can wear Kansas City on their sleeves and be proud of it,” Carpenter said.

And it’s clear from speaking with Carpenter, if anything, he is proud to be a Kansas Citian.

“I’m from here, and I had a lot of friends leave here, and I — this sounds weird — I didn’t ever want to quit Kansas City,” he said. “I want to see our city to continue to be successful, and if I could be even a tiny part of that, I didn’t want to move away.”

As far as Carpenter is concerned, KC’s outlook is bright. As he unironically adjusted his baseball cap emblazoned with the letters “KC,” he said: “It’s so easy to fall in love with our city.”