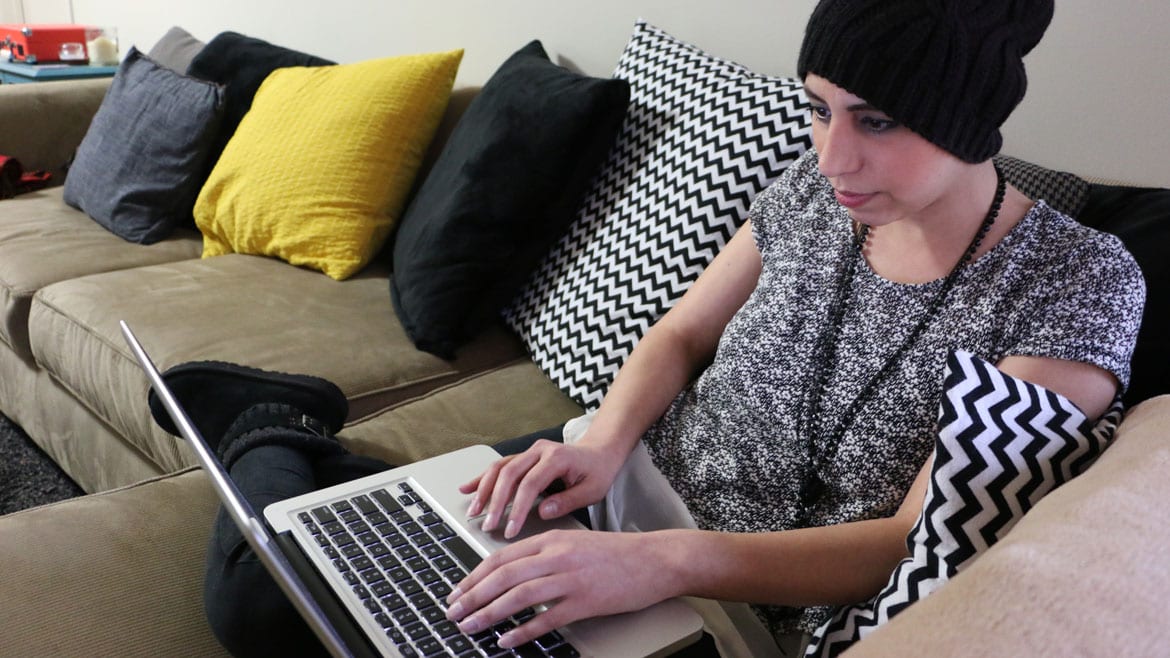 When Sarah Kallail was diagnosed with lymphoma in September of 2014, she immediately knew what her first move would be: She would write about it.

Kallail has always been one to put her feelings on paper. Long emails to friends and her boyfriend were not uncommon. She said it made sense to write about this new challenge.

So, on Sept. 26, 2014 — just two days after Kallail received her cancer diagnosis — the blog “Got the Cancers” was born.

From the first post, which is just one explicit word long, to today, Kallail has used humor to talk about her journey from diagnosis to being cancer-free.

“Anytime I’ve gone through something, I’ve always gone right for the joke,” she said. “It makes me feel better. It makes the people around me feel better.

“There are a lot of really depressing things about cancer,” she continued, “but if you’re joking about them, then they don’t get to you.”

Dixie Bell, a two-time breast cancer survivor from Overland Park, feels the same way. She blogs at “The Road to Hana.”

“I wanted to bring a little bit of humor to (it),” she said. “That just seems to be the way our family is, you know?”

Bell’s most recent blog post pokes fun at her post-chemo hair. She writes that she’s still wearing a wig, and that her hair underneath looks something like celebrity chef Anthony Bourdain’s short and spiked grey hair.

“I thought this style would give me the spirit to be a better cook,” she wrote. “ … No such luck, I still struggle to prepare delicious meals. Lately, my son who lives in town, has declined to stop by for some home cooked dinners. I even wear my wig when he is here so not to scare him off.” 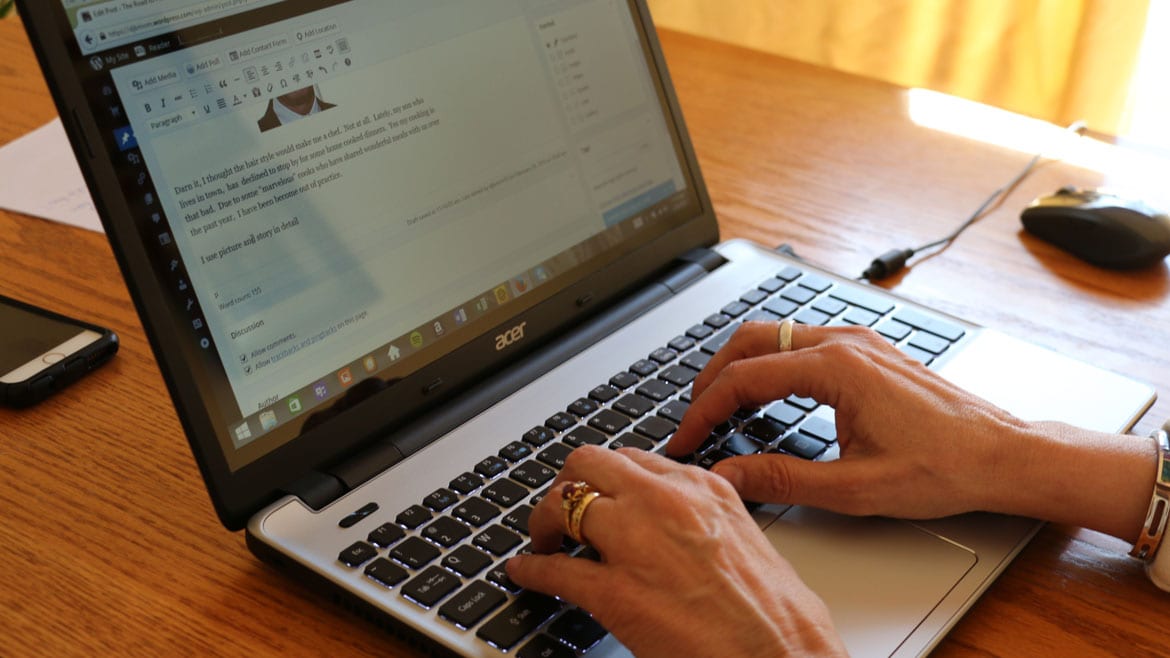 “Forget the No-No Hair remover, Nair, razors, lasers, and shavers. Want to remove unwanted hair? Get yourself some Cancers! It’s as easy as one, (puke), three!” she writes.

A running joke on Kallail’s blog is “Walt,” the name of her tumor, after the meth-cooking cancer patient Walter White from AMC’s television show “Breaking Bad.” A few blog posts are written in the voice of Walt, who has taken on the character of a cantankerous, possibly drunken man.

“And hey, be grateful I’m not colon cancer, I hear that’s a real pain in the ass,” Walt has said. 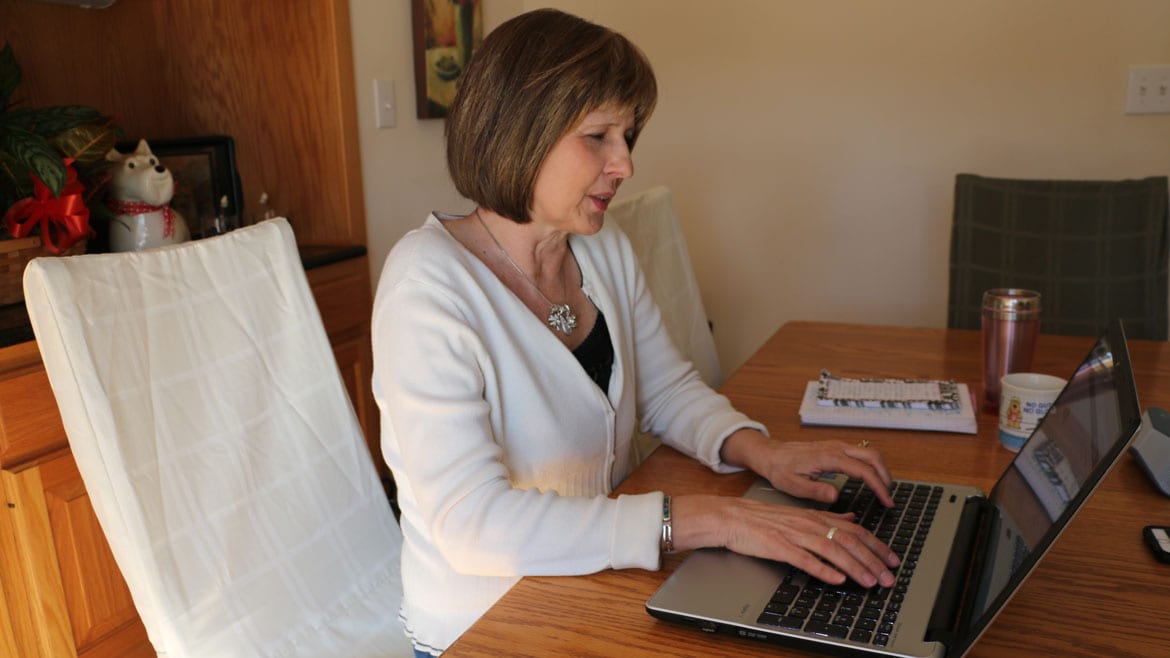 Bell will turn 60 this year. She is of the generation that grew up when “cancer” was an unsayable word.

“It was back in the days where nobody said anything,” she said. “It was all (whispers). I didn’t really even know she had cancer … You said ‘C,’ and you said it in a whisper. My parents never talked about it. My mother’s sisters got together, and they whispered about it, but that was it. That was all.”

This reticence carried over to Bell’s first diagnosis 14 years ago. Her three sons were in elementary school, and she did her best to hide the diagnosis and treatment from them.

“At that point in time, you want everything to be normal for the kids,” she said. “I had a wig I wore 24/7. I never took it off, even for bed. I just had everything as normal as I could not to scare them or anything.”

This time around, her sons are grown: in undergraduate and graduate school and working full-time in Kansas City. Bell said her blog has helped to facilitate conversation between she and her sons.

“Before, they didn’t know what was happening … and I probably should have done a better job with keeping them informed for that,” she said. “This time we just talk about it. They read my blog, and they respond to me on it.

This blog is Bell’s first foray into any extended form of writing. She said she has surprised herself with how open and honest she’s been while blogging.

“I am a very private person, and you wouldn’t know that,” she said. “I don’t necessarily share a lot with people, but you can’t tell that from the blog.”

Bell said she’ll read a post after it’s published and think, “Oh, I can’t believe I put that out there.”

Kallail has had some similar moments while writing. Perhaps the most vulnerable posts on her blog came early on, when she had to decide whether or not to harvest eggs before undergoing chemotherapy.

Spoiler alert: on day twenty of her cancer journey, Kallail had 12 eggs harvested.

While Kallail obviously found the humor in her situation, she said the deeper implications of making fertility decisions before you’re even sure if you want kids weren’t lost on her.

“Those aren’t thoughts that I was ready to have or (was) having before I had cancer, but I was forced into that,” she said last week.

She said writing about this fertility process has lead to some awkward realizations, like a friend telling her that his mom was reading all about her vagina.

Kallail does censor herself to a certain extent, noting that her parents both read her blog.

“I wish sometimes that I could have no filter,” she said. “As much of a ‘no filter’ as I have, there are some things I don’t say.”

Bell and Kallial both originally intended their blogs to exist to update family and friends during the treatment process, but both blogs have evolved into something more.

Kallail said readers have reached out to say her blog is inspirational.

“That’s awesome,” she said. “I never expected that. I love writing, and obviously you want to share your writing with people, but it’s not me that I want the attention on. People are reading the blog and loving my writing and stuff, and it still very much freaks me out.”

Bell said she hadn’t put a lot of thought into her blog helping others coping with cancer. She did say a friend of a friend who also had cancer read the blog and found it helpful.

Bell’s blog has turned into much more than a generic update to friends, though: It’s a sometimes laugh-out-loud document of her journey with cancer.

The title of Bell’s blog, “The Road to Hana,” can be confusing if you’re not familiar with Hana, a small town in Maui, Hawaii.

“Hana is not a destination. It’s not some place that you want to go,” Bell said. “It’s everything that’s along the way: the waterfalls and the beautiful sceneries, all the foods. They have this whole guide of places that you can stop. The whole thing is supposed to be the journey.

“(Cancer) is part of my journey,” she continued. “This is something I have to go through, but it doesn’t define me. I’ll have stops along the way, but you just go on to the rest of your vacation.”