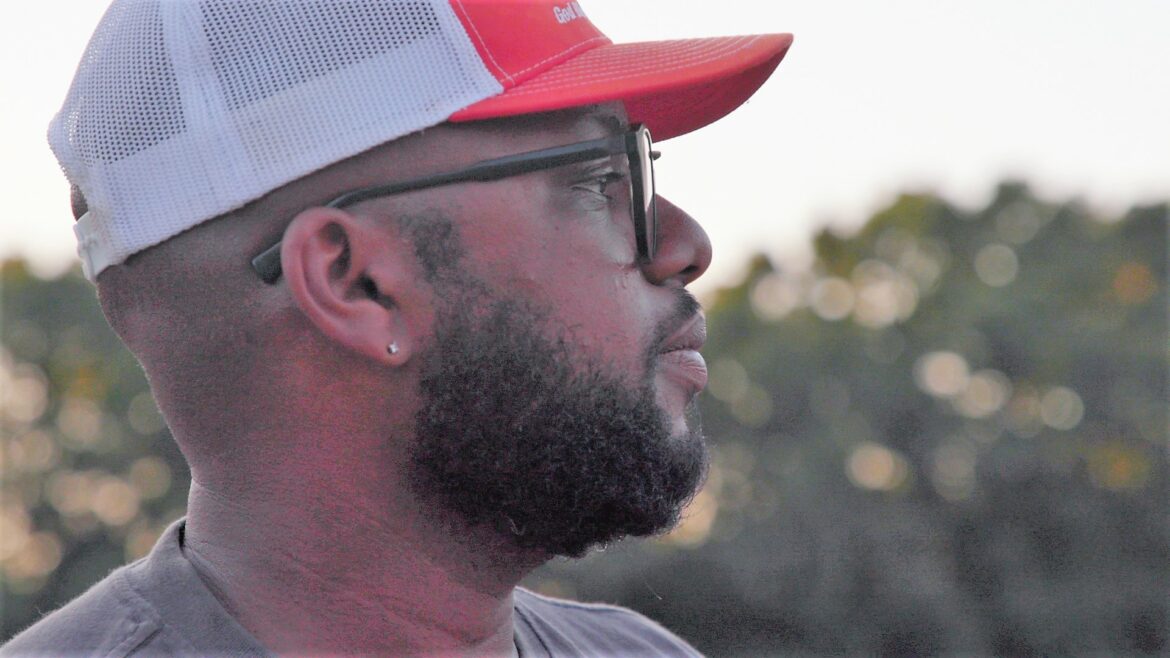 When Netflix went looking for someone to speak on the history of Black cowboys, they came to Kansas City. Local cowboy and children’s author Trae Q. L. Venerable answered the call.

Netflix released the Black western (or as some might call it, a western) “The Harder They Fall” in 2021. The star studded film was co-produced by Jay-Z, and Venerable spoke at the film’s pop-up event in New York.

“It was a mountaintop experience,” Venerable said.

Venerable comes from a long line of Black cowboys on both sides of his family. After the Civil War, many of his elders started to homestead and raise livestock. Much of his family has stayed on that land in southern Missouri growing the operation ever since.

They were among the quarter of cowboys that were Black – the ranch hands that were doing the dirty work that no one else wanted to do. The very word “cowboy” comes from white ranchers referring to Black and enslaved cattle workers as “boy.”

While rugged white cowboys were shooting the bad guys and saving the damsels on the silver screen, Black and Hispanic cowboys were often entirely left out of the picture.

“Being Black and being a horseman, a lot of times those two don’t really go together in our culture now,” Venerable said. “But back in the old days, that was the story.”

Venerable and his family own Tennessee walking horses, which are a highly prized breed. They’ve encountered reactions ranging from shock to hostility at the fact that Black people can not only own horses, but a high caliber of horse.

The truth is, Black cowboys have been behind some of the most iconic characters and innovations in the cattle world. For example, consider Missouri’s own Tom Bass.

In 1859, Bass was born enslaved in Columbia, Missouri. Records say that he was a gentle horse trainer and invented a bit that eases pain for horses – a tool that is still used today.

Bass spent several years in Kansas City building a name for himself as an elite horse trainer. He performed in front of many U.S. presidents, and was invited to London’s diamond jubilee by Queen Victoria in 1897.

The legacy of famous Black cowboys and horsemen like Tom Bass, Bass Reeves, Nat Love and Bill Pickett went unrecognized for a long time. Even more forgotten were their female counterparts such as Mary Fields and Biddy Mason.

Now as cowboy culture is seeing a resurgence in the media, Venerable wants to make sure that the lifestyle is acknowledged without being glamorized. His passion for education is what led him to author three children’s books on Black cowboys.

Venerable has partnered with local organizations like Lead to Read KC to bring this history into the classroom. Through his books, he travels the country teaching kids about Black cowboys both past and present.

Last week, Venerable helped secure Aug. 6 as Honoring Black Cowboy Day in the state of Kansas and is in the process of planning the first celebration in 2023.

“I’m here to let people know that Black cowboys are real, Black horsemen are real, and we can do it just like anybody else,” he said.

To learn more about Venerable and the legacy of Black cowboys, watch the attached video.