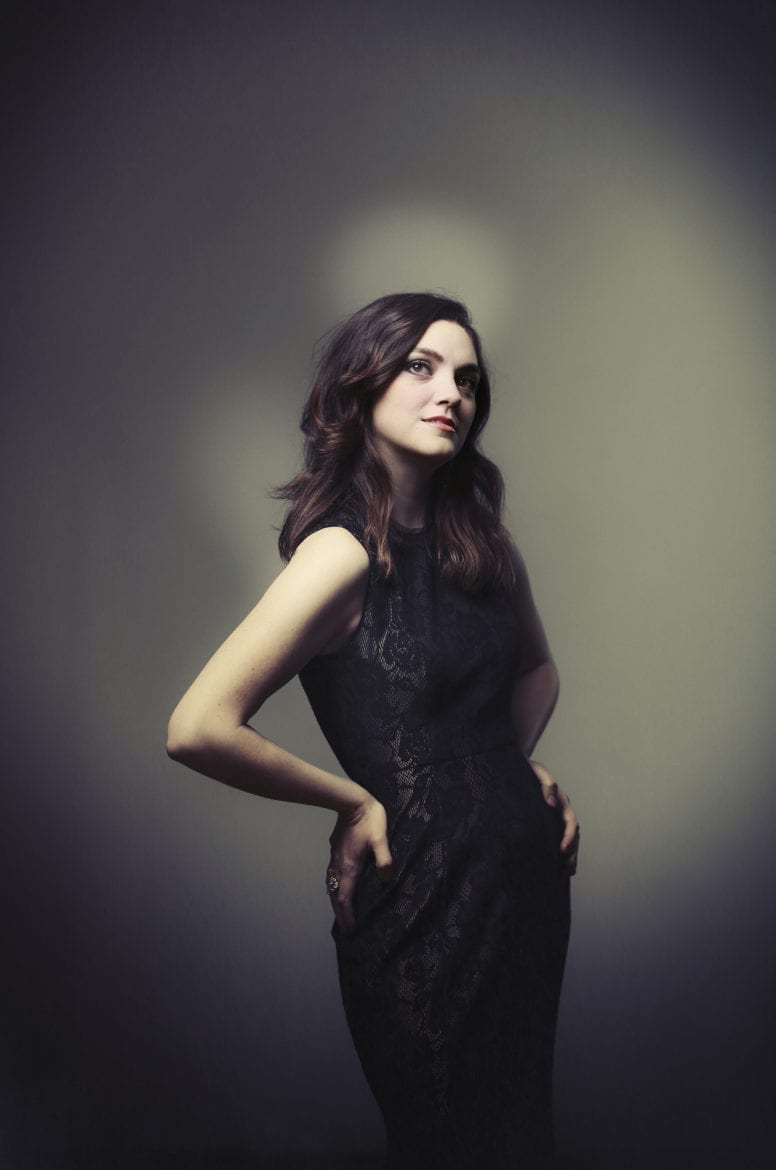 “I was ‘Mississippi Meg’ and I had a big monologue and a big solo, all requiring a thick southern accent — definitely a comedic role. I remember everyone laughing so much and thinking I was ‘adorable,’  and I remember my second-grade self being perplexed by that, because in my mind, I was just doing what I was supposed to do; I was committing to the role!”

In sixth grade, Gossard had a small solo in a school-produced musical review of Gershwin music. Her parents sat in the audience, hearing the potential. After the show, they asked if she wanted to take voice lessons. She did, so at age 12 she started studying privately.

Samantha Gossard is one of four young singers selected for the Lyric Opera of Kansas City’s first Resident Artist Program.  As part of KCPT’s collaboration with KC Studio magazine, producer Randy Mason talks with Gossard about how she trains her voice, and the rigors of opera performance in the 21st Century.

Opera found Gossard much later, in college, when she sat in the audience of the Lyric Opera of Chicago during a performance of La Traviata. She was captivated but, though she’d always felt at home on stage, she didn’t view operatic singing as something she could do for a living. She continued her studies and graduated from Indiana Wesleyan University with a degree in Church Music and Christian Worship.

Then she met Vinson Cole while pursuing her master’s degree at the Cleveland Institute of Music. Cole made making a living as a performer seem possible.

“Samantha is an exceptional talent and a great actress, all essential in the competitive world of young singers,” says Deborah Sandler, General Director and CEO of the Lyric Opera of Kansas City. “I frequently bump into folks who ask me who she is, a sure sign that she has captivated our audiences. We have had the joy of witnessing her maturation as an artist and have exceptionally high hopes for her.”

To be a young opera singer in America is a challenging career choice. Though Gossard’s resume is filled with the expected milestones that are harbingers to success, the road is never easy.

But Gossard has that unique quality of ambition, humility, and gratitude that marks successful singers. In early 2016, she went to New York to sing on stage at the Met as a part of her journey as a national semi-finalist.

“Before you sing, the Met staff takes all the singers out onto the stage together, to experience the space. As soon as I stepped through the stage door, I was overcome with emotion, gratitude, and humility. How many great artists had walked this same path I was on? How many people have sat in that beautiful house and had their lives changed because of what they saw or heard? How many had laid their souls bare for the audiences and their fellow colleagues? I could feel every bit of history almost electrifying the space. I know that must sound dramatic, but it was truly overwhelming. I looked out into the house and I couldn’t stop the tears. I was overcome with gratitude, knowing that I did not by any means come to this stage on my own. Standing there, with fellow singers and friends, in the history and beauty that lingered in the air under the warm stage lights, I felt like I was home — the way I’ve felt on every stage for as long as I can remember. And that feeling surprised me because, I mean, it’s the MET!”

In the fall, Gossard will take another step down the difficult road. She has been named one of the four Resident Artists in the Lyric Opera of Kansas City’s new Resident Artist Program; as a Resident Artist, she’ll sing mainstage roles like Kate in Pirates of Penzance and Cherubino in Le Nozze di Figaro.

A Resident Artist program is a huge achievement for a young singer, as it allows them to make a living while developing their art. Gossard is approaching the honor with her typical graciousness.
“I love singing; I love telling stories. I love being part of creating something beautiful for a world that so desperately needs it. Sometimes I still cannot believe that I make money performing some of the most beautiful music ever composed,” Gossard says. “It’s absolutely humbling.”