The Eight Most Annoying Things Fans Do 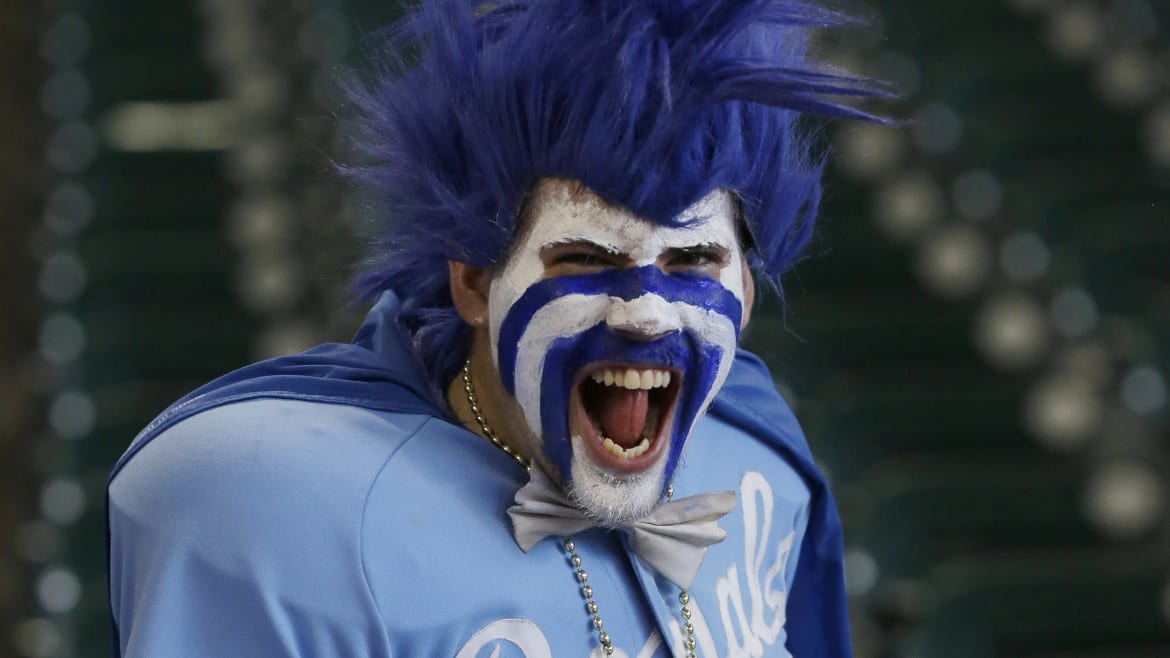 We all know the Royals have some of the most passionate and knowledgeable fans in baseball. But even the best can go overboard. “Fan,” after all, is short for “fanatic,” and the level of crazy rises as a team gets deeper into the postseason. We all start acting like lunatics. Myself included. Nevertheless, it’s best to avoid the madness as much as possible. Here are a few of the most common – and most annoying – fan behaviors to avoid.

No, the umpires are not biased. They do not hate the Royals – or any other team. Similarly, Major League Baseball does not have a nefarious cabal that secretly helps big-market clubs as part of a diabolical plot to boost ratings. Also, the moon landing wasn’t faked and the Great Wall of China was not built by aliens. Quit being a weirdo.

Consider Jose Bautista. He came off cocky. He flips his bat. He can be kind of a jerk. That doesn’t make him a terrible human being who spends his off-hours barbecuing kittens. Similarly, some of the Mets are undoubtedly nice guys. Some, like Daniel Murphy, have opinions that may differ from your own. All, however, are merely baseball players. And, for that matter, human. You can enjoy rooting against them without imagining them as the embodiment of all things evil.

There is nothing more grating than fans who pull rank. For example, people who start every sentence with “I’ve been following the Royals since…”. After that comes a lengthy description of how long they have loved the team, complete with anecdotes about meeting Cookie Rojas and sleeping in a Fred Patek onesie. The idea seems to be that longevity provides some sort of special privilege. It does not. Fandom is beautifully egalitarian. It doesn’t matter whether you have seen every pitch since 1969 or started following the Royals yesterday. Everyone has the right to root.

Talking About a Player’s Looks

Yes, Eric Hosmer is a dreamboat with bedroom eyes. Lorenzo Cain has a winning smile. Drew Butera has fabulous hair. Commenting on these facts when the game is tied in the bottom of the 9th inning, however, will not win you much admiration from fellow fans.

These are the scary ones. They stalk the fan message boards of opposing teams. They post savage smack. They write angry emails to reporters and columnists for daring to critique their club. They furiously cuss at the screen. These folks tend to think, of course, that they are only being fun and passionate fans. The rest of us think they have unresolved anger issues.

Your superstitions matter. They might even help the team win. But they aren’t necessarily interesting to other people. It’s one thing to point out that you’re wearing your lucky hat. It’s another to spend several minutes describing — in explicit detail — precisely what you ate before the game, where you watched, and how long it’s been since you showered. Especially the last one. No one needs to know that you haven’t bathed since the playoffs started. Frankly, if it has been that long, most of us can probably tell anyway.

Enough already with Buck hate. The photoshopped memes, the petition to get him removed from the broadcast, the constant Facebook updates complaining about supposed bias. It’s silly. Yes, Buck can be pedantic. Yes, he spent most of last year’s World Series raving about Madison Bumgarner. That’s because Bumgarner gave a historic performance.

This week, you will undoubtedly hear fans complain that Buck favors the Mets. That’s ridiculous. The idea that a man so profoundly connected to the St. Louis Cardinals would root for another National League team is absurd. But suppose Buck was pro-Met. So what? Baseball isn’t a presidential debate. There’s no sacred duty for broadcasters to be impartial journalists; they’re entertainers. If the FOX team can offer a little extra insight, great. If not, listen to the radio. Or turn off the sound and play polka all night. Just stop yakking about it. Complaining about bad broadcasting is like whining about high prices at the stadium concession stand. Everybody might agree with you, but they still probably wish you would shut up about it.

This might be the most important advice of all: You should chillax. Unfortunately, this is advice that yours truly is utterly and congenially incapable of following.

Watching the World Series is supposed to be fun. That’s doubly true for Royals fans, because our boys take such obvious joy in playing the game. Yet, many of us live and die with every pitch. There’s something hilarious about that. It’s ludicrous to see a fan get all stressed out because the other team hit a single, then see Hosmer laughing and joking on 1st base with the guy who hit it. I know because I’m usually that hilariously over-stressed fan. The actual Royals may be great at staying loose and enjoying themselves. But I’m going to be a mess all week.