Musings on Baseball, Luck and Quantum Physics: Making the Case for Magic Socks 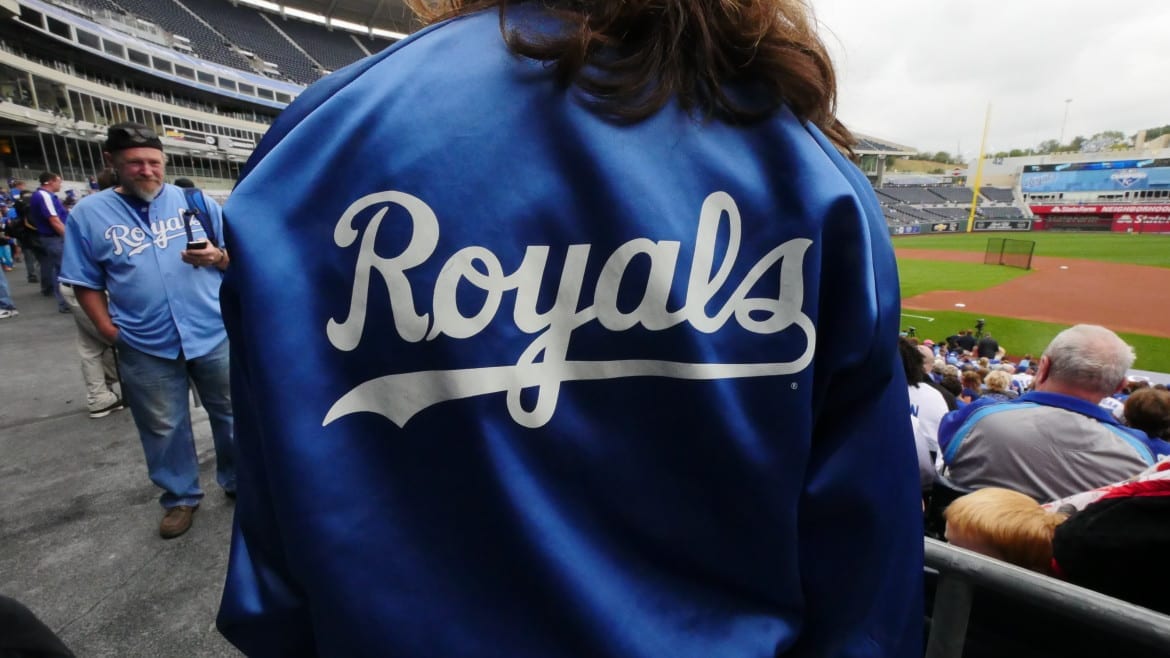 Whether it's an original 1985 World Series jacket or a turned-back rally cap, there's an argument for superstitions. (Photo: John McGrath | KCPT)
Share this story

Ask any sports fan about superstitions. We’ll likely give you an earful. We love to wear our lucky socks, hats and jerseys. We sit in a favorite chair for the game or only listen to the radio. We fidget, knock wood, rub totems and visualize. Bud Light had a fun, popular series of commercials a few years back that showed how intense the mental gymnastics can be in the mind of a fan.

This column, fair warning, is going to be a strange, abstract, and fairly long-winded justification for those mental gymnastics. In fact, citing a combination of hippie-dippy spirituality and poorly understood science, I’m going to argue the seemingly irrational case for sports superstitions. I’m contending that, for reasons perhaps beyond the ken of humankind, superstitions are powerful if imperfectly understood tools for impacting the outcome of a baseball game.

You are perfectly free, of course, to think I’m crazy.

Skeptics will tell you that superstition is a futile human construct; a self-delusion that provides a false but comforting sense of control. Which most of us need. Watching our favorite team play can wrack the nerves. We tether our hearts and happiness to a bunch of young men chasing a little while ball in a green field. Sometimes they are hundreds of miles away. By wearing lucky hats and socks, skeptics say, we get the illusion of power over an ostensibly powerless situation.

Superstitious fans believe no such thing. We know, or at least deeply intuit, that donning a lucky cap or knocking wood does much more than merely expend nervous energy. For us, every form of sports superstition is really an expression of something profound about fandom. We are embracing the mysterious, fervidly held, and seemingly spiritual belief that it’s actually possible for fans to impact what happens on the field. Superstitious fans (like yours truly) believe, even if we only sometimes want to admit, that performing the right rituals in the right mindset can actually change the outcome of a baseball game.

Crazy, right? At the very least, it sounds like faith. Certainly, the distinction between fandom and religious ritual has always been blurry. Be it using a rosary, prayer rug or a rally cap, all are dependent on the idea that consciousness and matter can interact in ways that seem impossible to those who believe in a purely mechanical universe.

“In the realm of sports, [the Many-Worlds theory] means there’s an unlimited number of possible futures in which the Royals have already won the 2015 World Series.

But my argument, strictly speaking, isn’t theological. It’s rational, albeit wildly speculative and self-indulgently poetic. (Stay with me here. Because this is where it starts getting weird.) I’m arguing that the ideas we have about lucky hats and socks are fundamentally sound – that consciousness and matter really do interact in ways we don’t understand.

My contention, in all seriousness, is that good luck is not an illusion, but a real force at work in the universe. Humans obviously don’t understand how it works. We may never. But not being able to understand something doesn’t necessarily mean it doesn’t exist. There are, in fact, all sorts of real, physical forces demonstrably at work in the universe that, until relatively recently, would have sounded like magical nonsense to the average human mind.

Imagine, for instance, traveling back in time to the Middle Ages. Then try to explain radio waves to the locals. They’d call you crazy. The perfectly real invisible forces you’d describe would sound to them like a sort of wizzardry. Arthur C. Clarke touched on this idea with his Third Law: “Any sufficiently advanced technology is indistinguishable from magic.”

Maybe, just maybe, the good luck generated by sports fan superstition is a similarly mysterious sort of “magic.” Lucky socks or shirts might somehow help us tap into energy fields that we haven’t discovered yet, or which are simply ultimately imperceptible by humans.

Anne Hathaway’s character in “Interstellar” alluded to this intersection of the spiritual and scientific in the film’s climactic speech. Love, her character said, might be “…Some artifact of a higher dimension that we can’t consciously perceive.”

Sports “luck” could be a similar evidence of things unseen. Call it superstition, prayer, visualization, the power of positive thinking, using The Force or just giving good vibes, our sports rituals could be a little-understood, but nevertheless effective means by which we physically manifest a desired reality.

Or, more accurately, rituals help us find a preexisting desired reality. (Hang on even tighter here, because this is where the argument gets super abstract.) I’d posit that good luck rituals (or prayer, for that matter) don’t help us manifest a new reality. They are instead a means by which we navigate into one of the infinite number of alternative realities that already exist.

In quantum mechanics, you see, there’s a mind-blowing but scientifically plausible theory called the Many-Worlds Interpretation. Stated very simply, the hypothesis asserts that every possible past and future that could exist, does exist in an infinite number of alternate, concurrent universes. In other words, nutty as it sounds, the Many-Worlds theory states that everything that can happen, does happen.

In the realm of sports, that means there’s an unlimited number of possible futures in which the Royals have already won the 2015 World Series. For fans of the club, then, the ultimate purpose of every superstition is to help us navigate into one of the universes where KC has already won it all.

Granted, this is a very unusual argument. Nevertheless, there’s a scientifically plausible case that “good luck” is a real, physical property at work in the universe. It’s at least conceivable that all the crazy things sports fans do, all the goofy rituals and positive visualizations, are a primitive, intuitive but nevertheless fairly effective means of directing those good-luck energies.

Therefore, writing as a Royals fan who does believe in things unseen, here’s my plea to all those KC fans who don’t. It’s a simple message to anyone who scoffs at lucky shirts and hats. Please suspend your disbelief. Seriously. Call me mad if you must, but why not give so-called superstition a shot? Fans like me fervently believe, for only moderately wacky reasons, that your choice of socks or how loud you clap could have an impact on the team. So please put on those blue socks. Clap until your palms hurt. Embrace your credulity, visualize victory. Help our team take the crown. We’re trying to win a championship here, and every little bit helps. Then, if we do win, you can brag to anyone who’ll listen that you wearing your magic socks was what finally put us over the top.