About Us Reporters Careers Support Contact Subscribe
Home | Video Series | Today's Special | Who — and what — is defining the Kansas City food scene?

Who — and what — is defining the Kansas City food scene? 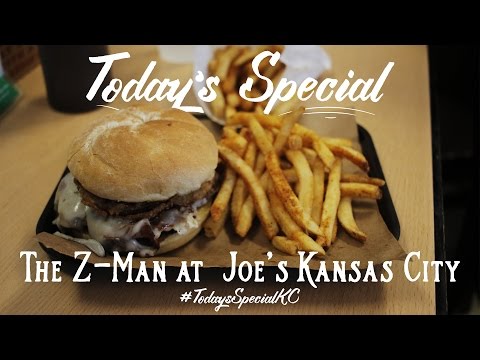 Discover the tastemakers and tastes defining the Kansas City food scene with “Today’s Special: Going Off Menu in Kansas City.” The series, premiering here on Monday, September 28, follows KCPT producer Cole Blaise (Show Me) and Recommended Daily‘s Jonathan Bender as they visit the establishments and people who are making the food, drinks, and innovations that are inspiring a local and national following.

Boulevard’s Beer Backpack at The K (Oct. 5 | TV Oct. 8)
A draft beer poured at your seat in Kauffman Stadium? Two, please. We take a peek at how Boulevard created beer backpacks to bring the craft brew experience into the stands with Master Cicerone Neil Witte.