Watch: Dance in the Park and Chalk and Walk Festival 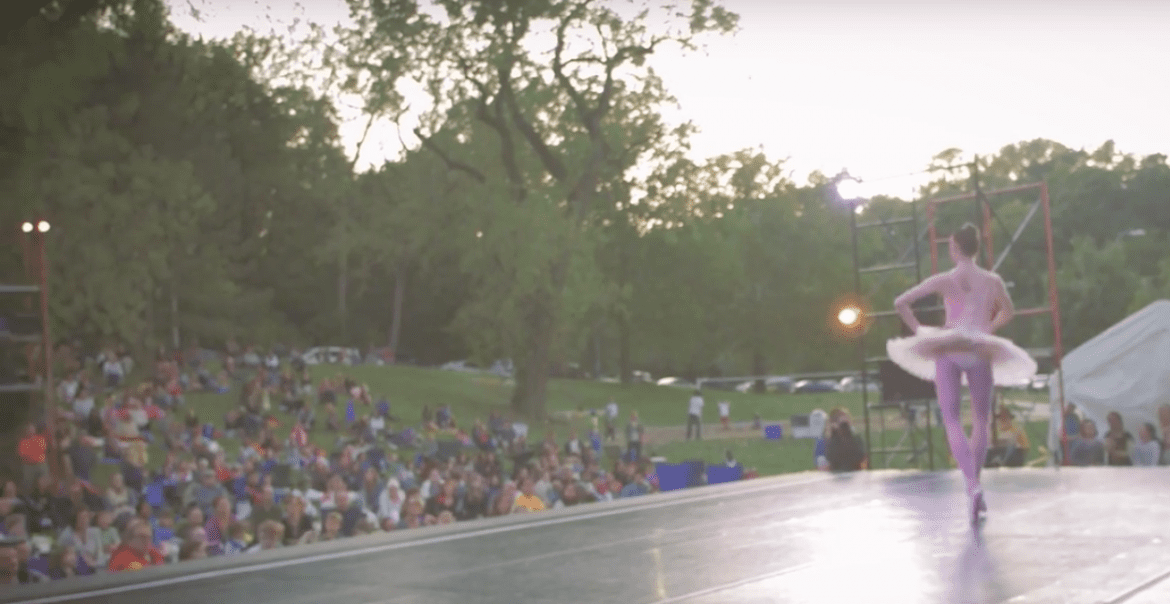 A cool summer night, a pretty park in the city’s heart, and some 500 friends and families gathered under the stars for celebration of the movement arts. What more could a dance fan want? Well, a little more professionalism wouldn’t have hurt. But that’s not the point of Dance in the Park, a kind of mega-recital for local dance companies and schools. Saturday, September 12th at Roanoke Park marked the 17th annual version of the popular, kid-friendly event.

There was, of course, ballet. The the Kansas City Ballet’s Second Company performed a pair of pieces including Clique, choreographed by KCBII’s manager Anthony Krutzkamp. There was modern and contemporary with Heartlines, Defy Dance Project, KC Touch and City in Motion. There were ethnic dance groups, from Driscoll School of Irish Dance to Danza Mexica Calpulli Iskali, and the glittering Oriental dragons of Pho Hein Lion Dance Troupe. There was, maybe most of all – and maybe most importantly – a ton of really proud parents who came, watched, and picnicked as they whooped and cheered.

More than 100 community chalk artists spent two days creating 2-and 3-D masterpieces at Crown Center Square in Kansas City during Kansas City’s Chalk and Walk Festival. Check in at KCPT’s Arts Upload will air more on the even later this Fall.

Local 3D and master chalk artists were on hand, along with muralists for the 2015 Chalk and Walk Festival.