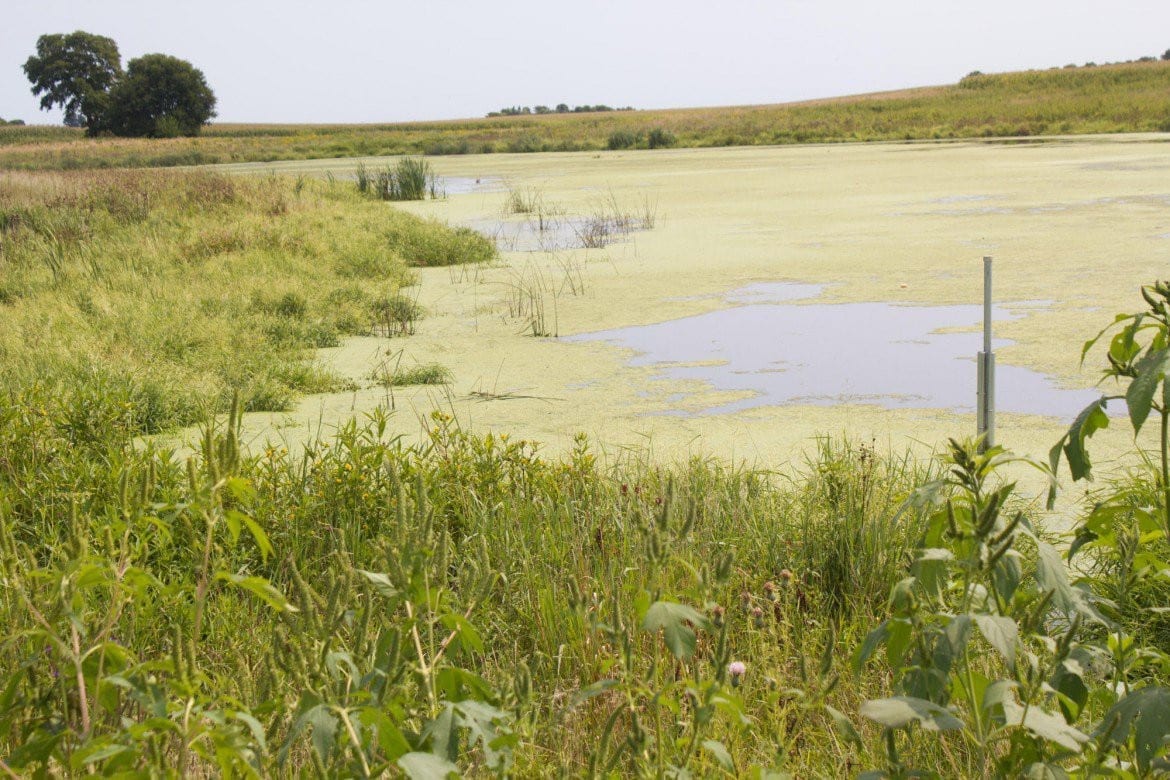 Throughout the cropland of the Midwest, farmers use chemicals on their fields to nourish the plants and the soil. But excess nitrogen, phosphorus and other nutrients can wash off the fields and into streams, rivers and eventually the Gulf of Mexico.

New tools can help farmers monitor their soil and water so they can become part of the solution to this widespread problem.

In Central Iowa, some farmers recently got a look at the 360 Soil Scan, a portable machine that can test soil right away, in the field. A few tablespoons of soil get mixed into a solution and within a few minutes the iPad attached to the machine reveals the nitrate level.

Bringing monitoring technology right to the farmer’s field means the farmer instantly knows how much fertilizer that area needs. With that information, farmers can avoid applying too much. One of the mantras of good nutrient management is to apply the right amount of fertilizer at the right time to maximize benefit and minimize runoff.

“In the past, we’ve had the late-spring nitrate test available,” Benning said, “something you would need to take in the field and send to a lab. So that can cause some challenges, in terms of timing.”

Decades-old systems of field tiling, which drain fields of excess water, keep crops from drowning. But they also concentrate nutrients in water flowing across the Midwest and into the Mississippi River. That’s contributed to a dead zone in the Gulf of Mexico, an oxygen-starved area where marine critters die.

For years, many farmers denied their role in the spread of the dead zone. Mark David, a biogeochemistry professor at the University of Illinois, says more farmers today, and the agriculture industry more broadly, are owning some of the responsibility and trying to make changes that will help.

“That’s the big change that’s occurred, from denying that there’s any involvement to saying, yeah, we know we’re part of it and we need to do something,” David said.

“Conservation management depends on each individual farmer, on his or her own farm,” said central Iowa farmer Carol Miller. “So that’s what we’ve been looking at, too.”

When she applies nitrogen, Miller says she uses a stabilizing product, which is designed to prevent runoff, and some of her fields have terraces or grass buffers to prevent erosion. 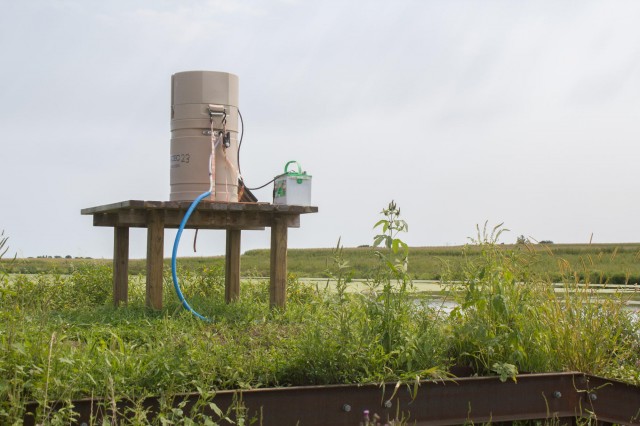 Researchers use this equipment to monitor for nutrients as water leaves a constructed wetland and flows toward streams.

But to take another step toward preserving, or improving, water quality can mean a significant up-front or recurring investment, potentially thousands of dollars. It could also include taking some land out of production. Government incentive programs can also help farmers reduce the expense of planting a cover crop, putting in a wetlandor trying other land-use changes to keep nitrogen on the fields.

“It’s not a cookie-cutter type, industrial type situation where it works here, it should work there,” Miller said, which is why she is still exploring the options that will work best for her land.

And Benning says that’s another reason why being able to measure what’s in your own soil or water is so important. The state of Iowa has a citizen science water monitoring program, IOWATER, which has attracted many volunteers to run simple tests on ponds, creeks and rivers. But Benning says among those were few farmers. So she took a simple chemical test from that program and created a kit specifically for farmers. With two dips they can get a useful pair of nitrogen measurements. She’s hoping by next summer many farmers will be regularly monitoring their own runoff.

“It’s very simple,” Benning said. “We have the tagline 61 seconds to cleaner water because it’s something that can be done very quickly.”

Implementing the clean-up strategies, of course, will take more time. And money. But farmers are coming around to the notion that if they don’t take action on their own, the government may force them to. And that prospect is almost universally reviled in farm country.