It took three years and two superintendents, but in 2013, a band of Kansas City Public Schools parents achieved the unthinkable: the reopening of an elementary school in a rapidly contracting district.

The school was Hale Cook, which began with kindergarten and first grade in borrowed space at Hartman Elementary, at 81st and Oak streets.

The next year it moved west into its renovated building at 7320 Pennsylvania Ave., adding a grade level each year, so that when school opens in the fall it will run from preschool through fifth grade.

Enrollment is set to be more than 200 students, small for a KCPS building, but exceeding expectations, Principal Julie Lynch said.

But just as petitioning KCPS to reopen a school is unusual, Hale Cook also seems to be a one-off example of parental activism that is an unlikely school-choice template for poorer areas of the district.

Hale Cook served the district for decades until it closed in 2009, part of a consolidation driven by enrollment declines. The school had last served as a Montessori preschool.

Not long after Hale Cook shut its doors, young families in the neighborhood began pushing for it to be reopened.

Then-Superintendent John Covington told them he would consider reopening the school if they could enroll 300 students.

They failed to hit that mark, but Covington’s successor, Steve Green, agreed to start the school at Hartman while the district renovated Hale Cook. It began with just more than 50 students.

It was the work of parents such as Paul Bartel, a real estate agent, that made Hale Cook happen. Bartel is a founding board member of the Friends of Hale Cook Elementary, a nonprofit established to build support for the proposed new school.

Along with initiating an enrollment campaign and informational meetings, the leaders served as a “communications conduit” between parents and the district. Surveys and market research also contributed to a glossy, 74-page feasibility study.

The boundaries stretch south from Brush Creek to around 77th Street and also run from State Line Road east to around Troost Avenue.

Parent leaders insist they focused on creating a neighborhood school that was close to the families it served, rejecting any notion that they carved out a white enclave in a largely minority district. Yet that is a perception that has been hard to shake.

“We wanted to see families in the neighborhoods around the school that might send their kids to a charter or private school rally around and recruit other families,” Bartel said.

Lynch, the principal, said the school helps parents become involved and caters to their interests. “You just have to figure out a need and how to fill it.”

The district closed 29 buildings combined in 2009 and 2010, most of which were either slated to be demolished or sold. A handful were saved for potential future use by the district.

Shannon Jaax, head of the district’s repurposing program, said Hale Cook was unique in that it hadn’t been vandalized and had been updated, unlike most other closed schools. It needed only minor repairs before reopening. 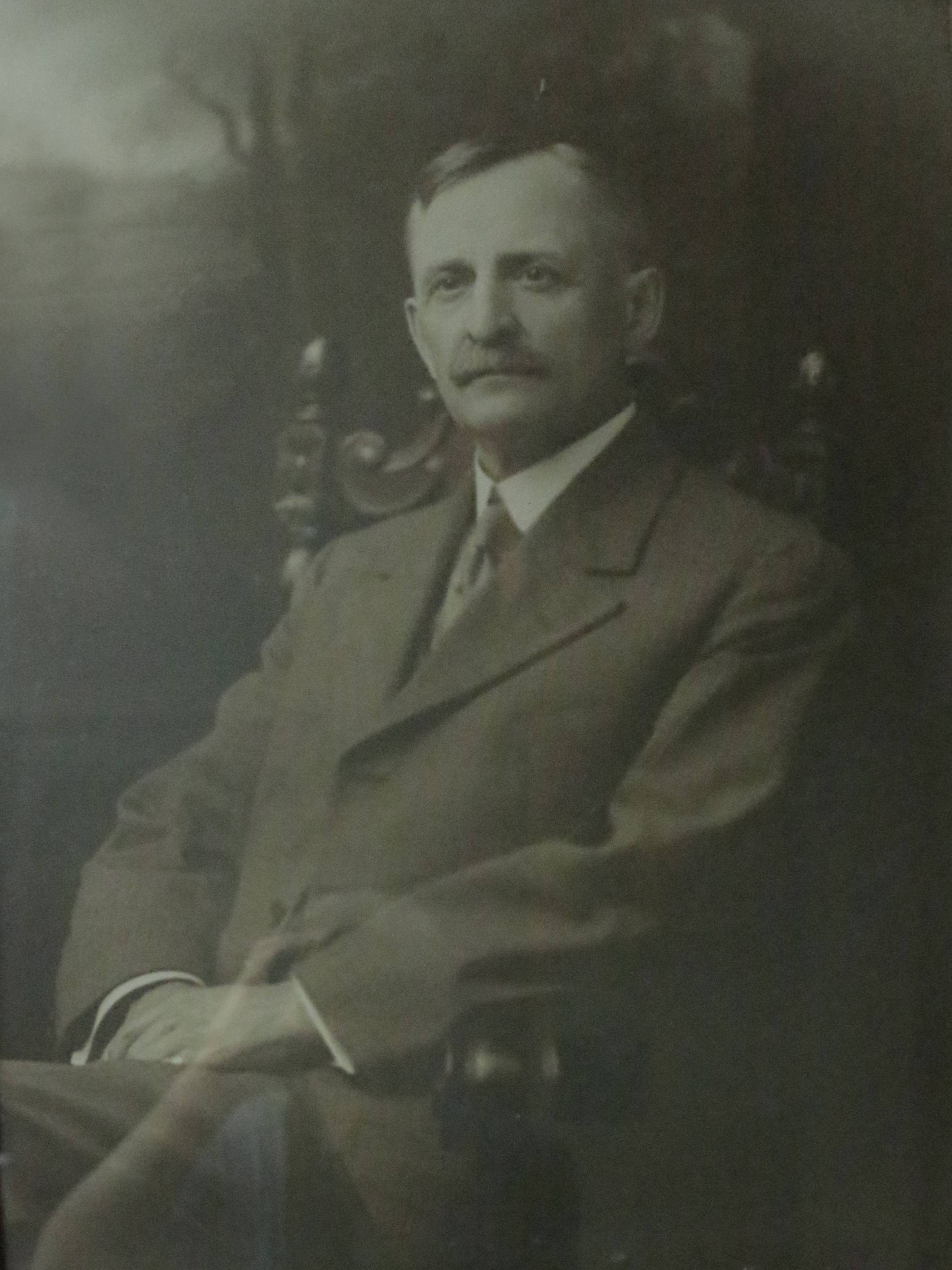 This picture of Hale Cook’s namesake, a one-time president of the Kansas City school board, hangs in the entryway of the school. (Mike Sherry | Flatland)

Today there are only two of those schools available for reuse. One is Bryant Elementary, in Hale Cook’s boundaries. It is being considered for reuse if Hale Cook’s population outgrows its space in coming years.

Demographics, however, could prove to be the most challenging aspect of the Hale Cook model to recreate elsewhere in the district.

According to the feasibility plan, produced not long before Hale Cook reopened, nearly all parents in its boundaries were high school graduates, and most had college degrees. The median family income of $91,656 a year was more than double that of the city’s as a whole.

And today, the school’s population is nearly two-thirds white, whereas Hartman is 68 percent black. Other nearby elementary schools, Troost and Banneker, are both about 90 percent black.

The district’s new superintendent, Mark Bedell, who came on in July of last year, argued that parents in other parts of the district — sometimes working two or three jobs to make ends meet — can’t match the time or know-how of the Hale Cook families.

Pam Kingsley is no such newcomer — as an education advocate from Brookside — and time has not diminished her animosity toward the new Hale Cook. Kingsley, whose two daughters attended Kansas City public schools, said it was unfortunate that the parents hadn’t taken on a more “rising tide lifts all boats” mentality.

“If they had put a shoulder to plow,” she said, “those well-educated people in Waldo and Brookside could have made a dynamic and lasting impact on the quality of education and academic achievement of all the students in Hartman.”

According to information she received from the district, only about a third of Hale Cook’s 104 students in 2014 had incomes low enough to qualify for free or reduced-price lunch. The district’s average at the time, according to data from the Missouri Department of Elementary and Secondary Education, was nearly 80 percent.

“I support parents wanting the best education for their kid,” she said. “But I don’t support creating little enclaves that function as well-vested private schools and calling them public.”

People like Matthew Oates, a school district board member and former member of FOHC, lament that Hale Cook has not fully delivered on the feasibility plan’s proposed “sister school program,” which envisioned connecting its students with others across the district.

Yet, Hale Cook has partnered with neighboring elementary schools on things like a float for a St. Patrick’s Day parade and a joint field day. Friends of Hale Cook also turned an empty classroom into a teacher’s lounge at Hartman as a thank-you for hosting the school that first year.

But even if Hale Cook does not provide a model for other parts of the district, supporters said it is doing its part to reverse the exodus of middle-class families from Kansas City Public Schools.

Lynch encountered a family who moved into the district this past year so their children could attend Hale Cook. Oates has heard similar stories, and he has noticed a distinct shift in the conversation about education.

“On this side of town,” he said, “talk has shifted from the district being a vile institution to cautious optimism about what is possible.”

Correction: This story has been updated to reflect the time period of school closings in Kansas City Public Schools.

—Tammy Worth is a freelance journalist based in Blue Springs, Missouri.
Follow “Take Note: Our City. Our Schools. Our Future” as together, we tell the stories that matter, the stories that make an impact. We want to know — what stories do you have for us, and what can we find out for you? Email us at contact@takenotekc.org and follow the entire project at takenotekc.org.
This story has been supported by the Solutions Journalism Network, a nonprofit organization dedicated to rigorous and compelling reporting about responses to social problems.