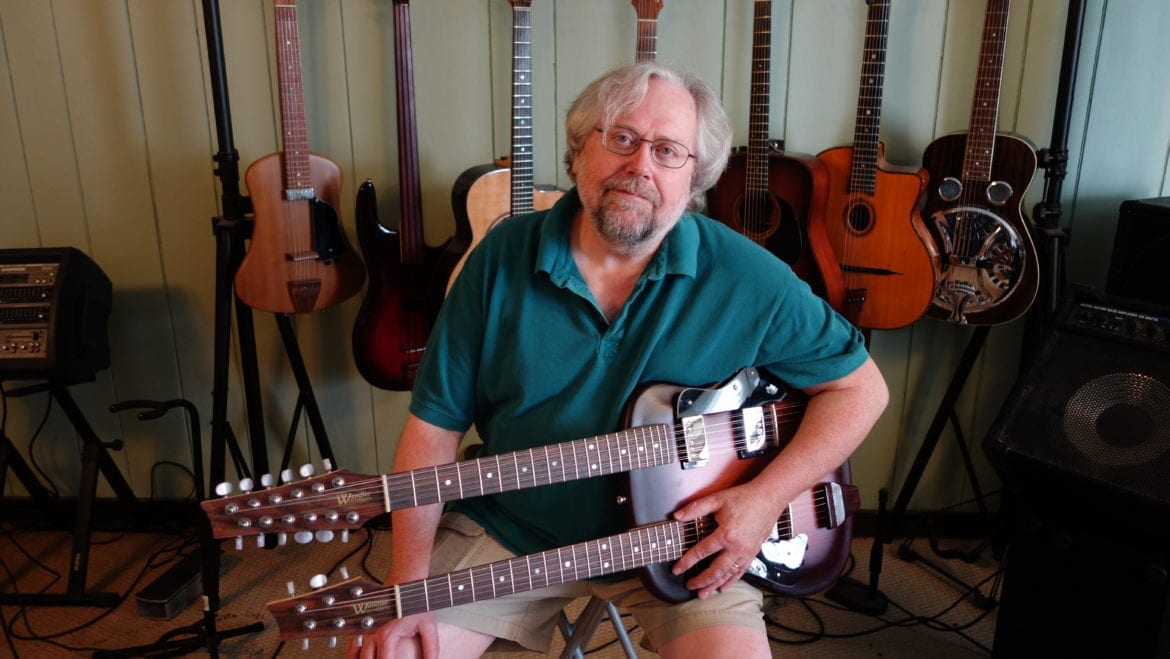 Guitar-maker Dave Wendler with Wendler a custom built electroCoustic double neck 12-string/6-string that is being shipped today to a repeat customer in New York. (Photo: Dan Calderon)
Share this story

Dave Wendler is obsessed with tone. So much so that he has spent the majority of his life striving to unearth the tonal potential of every instrument he comes across.

And it’s at his unassuming home in the south Kansas City suburbs where Wendler hones his craft. Wendler is the owner and operator of Wendler Instruments — part guitar repair shop, part custom guitar manufacturing house and part guitar science lab — and it’s where Wendler spends the bulk of his waking hours making good instruments sound better.

Wendler was born in Dighton, Kansas, and began his first foray into guitar playing at age 11. After spending a few years playing in cover bands and working farm jobs around western Kansas, Wendler developed an appreciation for acoustic music, like folk and bluegrass. He also grew to love the pure acoustic sound.

“It’s a very physical connection,” Wendler said. “There is no filtering. It’s straight from your hand to the ear. There’s no electronic stuff in between; it just is what it is. So you learn to get the tone by using your hands and using your ear. And that’s really what fuels me to this day.”

In the late 1970s, Wendler moved to Lawrence, Kansas, and scored a job at local music store Steve Mason Stringed Instruments, where he cut his luthier teeth making guitars and doing repairs. The experience led him to develop an idea to address what has been a well-known and longstanding drawback to amplifying acoustic instruments.

For the majority of its history, acoustic electric amplification has relied upon “piezo electric pickups” to generate amplified sound. And while the devices are certainly successful in replicating the sound of acoustic notes, they typically have failed in delivering the same warmth and tonal character created by the acoustic instrument itself. Wendler set out to fix this problem.

The first iteration of his fix was in 1991, with the development of his Dynafield microphone, which turned the face of the guitar into a microphone diaphragm. The goal of the device was to create an accurate amplification of the actual sound the acoustic instruments made. Wendler developed and patented the idea and then set out on the road to sell the devices. He sold more than 2,500 of them to a wide range of guitar manufacturers, including big names such as Alvarez, Martin and Taylor, but the venture was ultimately a loss.

“It’s a very physical connection. There is no filtering. It’s straight from your hand to the ear.” — Dave Wendler, luthier

This was due, in large part, to the design of the Dynafield microphones, which required its users to make certain adjustments to live setups in order to increase the volume of the instrument while avoiding feedback — the high-pitched distortion sometimes generated when microphones pick up the same sound they amplify. And it was this unfortunate learning curve that kept the product from truly getting off the ground.

Though the setback was frustrating, it failed to stifle Wendler’s thirst to create and learn more about guitars. So he took a job as a quality control manager at Peavey Electronics, where he learned everything there is to know about the process of guitar manufacturing.

Meanwhile his ideas kept brewing — specifically about a new acoustic electric guitar that would avoid some of the issues of the Dynafield by utilizing different technology. And in doing so, he sought a different authenticity to the tone than pure accuracy of sound.

“I wanted to make an acoustic guitar that was directed to the way an acoustic instrument responds to your touch,” Wendler said. “And I wanted to have that in an instrument that would be easy. Where all you have to do is plug it in and crank it up, and you get this great tone.”

Using existing, off-the-shelf products that he modified himself, Wendler developed what he calls a “MagPi” system, which combines a dual-coil magnetic string pickup with a traditional piezo. This system would allow for a reasonable level of acoustic tone while affording the feedback-free volume levels necessary for most live setups. More importantly, the system would pick up variations in the touch of the stings that made the amplified sound more authentic — something that was lost in traditional piezo systems. He made his first prototype in 1999, as he was leaving Peavey, and set up his own shop to make guitars from scratch that utilized the system. 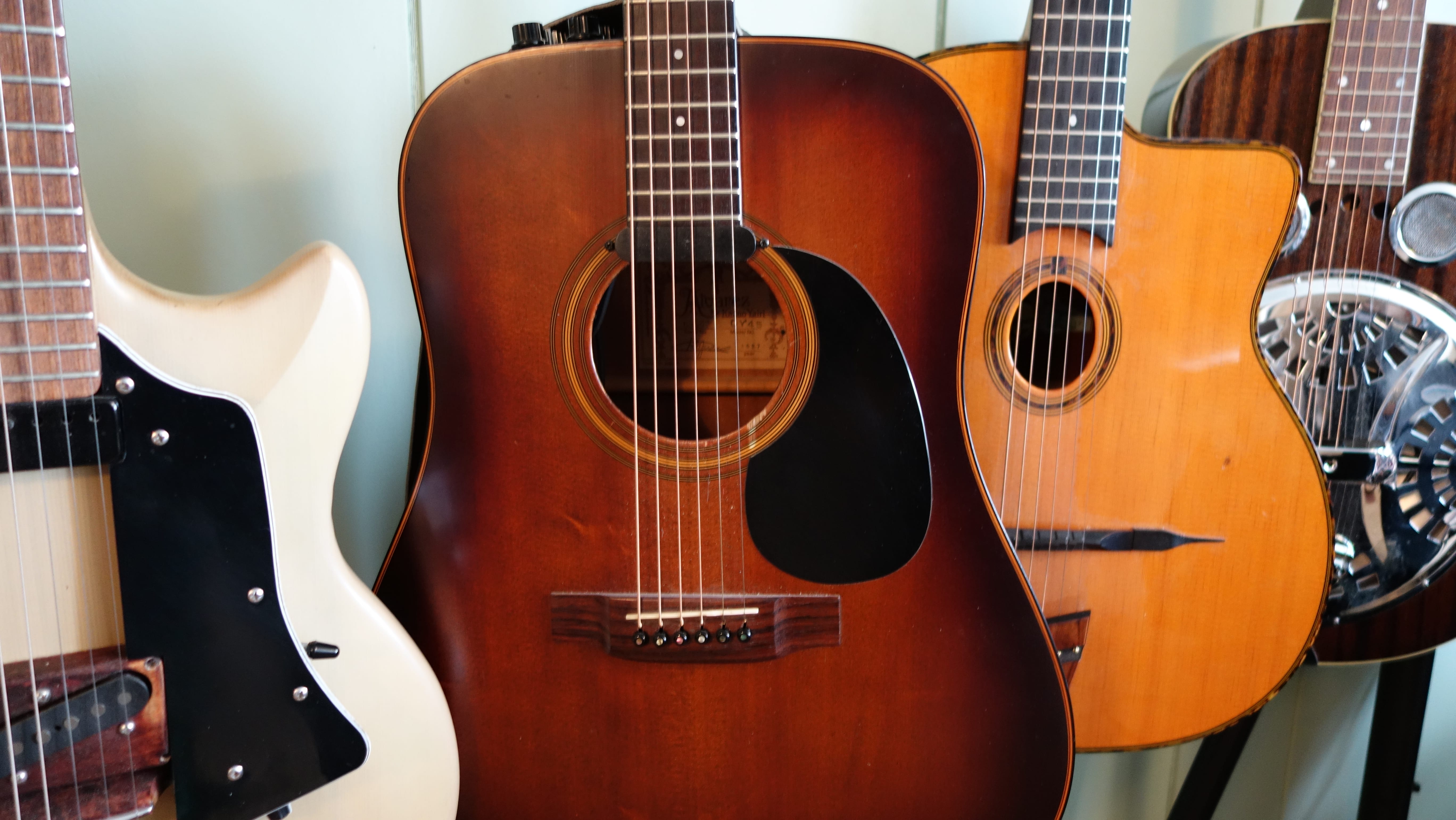 Over the past 16 years, Wendler has made and sold 235 MagPi-powered custom guitars, tailored specifically to the music and playing styles of his customers, and all were built from scratch in his shop. Many of those can be seen on his Facebook page, where he documents his progress, explains his tech, and keeps an open dialogue with his customers.

While Wendler has sold some guitars locally, the bulk of his sales have been to customers outside of Kansas City, with some of his guitars finding homes in locations like Japan, Sweden, Germany, Spain, Italy and Australia.

Wendler’s passion for his craft is evident when he talks about his products. He is modest but proud of the pickup system he has developed. And while his accomplishments have made him revered amongst acoustic audiophiles, he still gets his greatest enjoyment out of seeing his product in the wild. 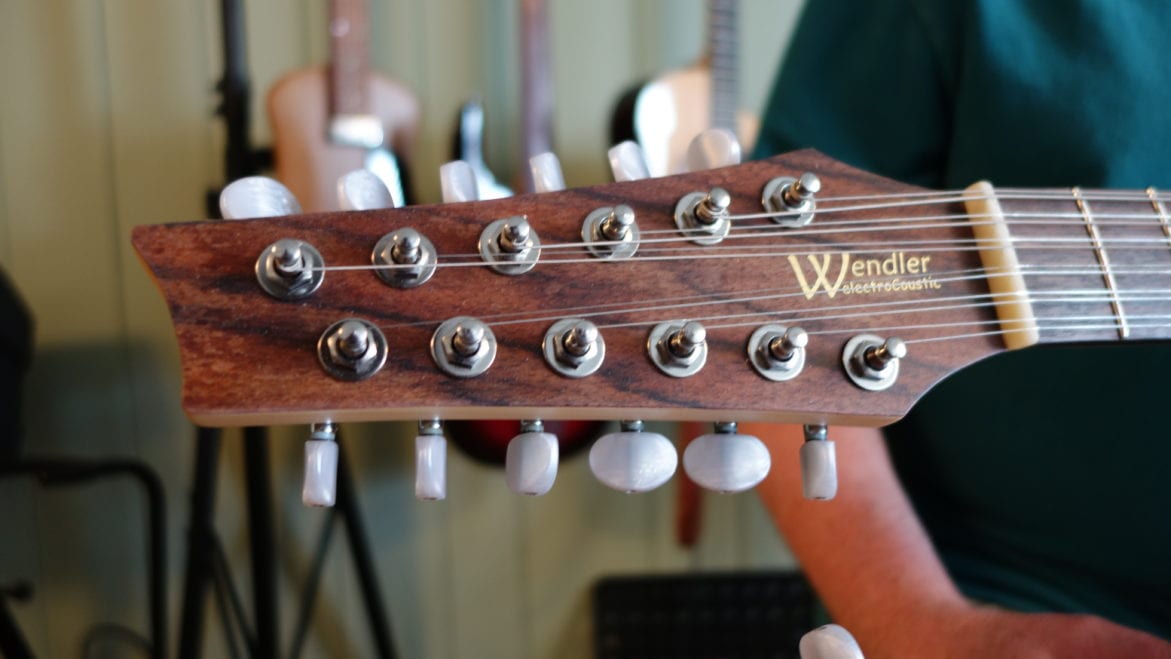 “I’ve always wanted to have a guitar that responded like I wanted it to respond,” Wendler said. “Just like anything else, it’s not perfect. But to be able to design it from scratch and make it work like that. … Man, it’s a good feeling. I really enjoy going out and hearing someone else play them.”

— Have a Wendler electroCoustic? Have any thoughts of your own on the subject? If so, share with us by commenting below, emailing pdancalderon@gmail.com or tweeting us @dansascity.