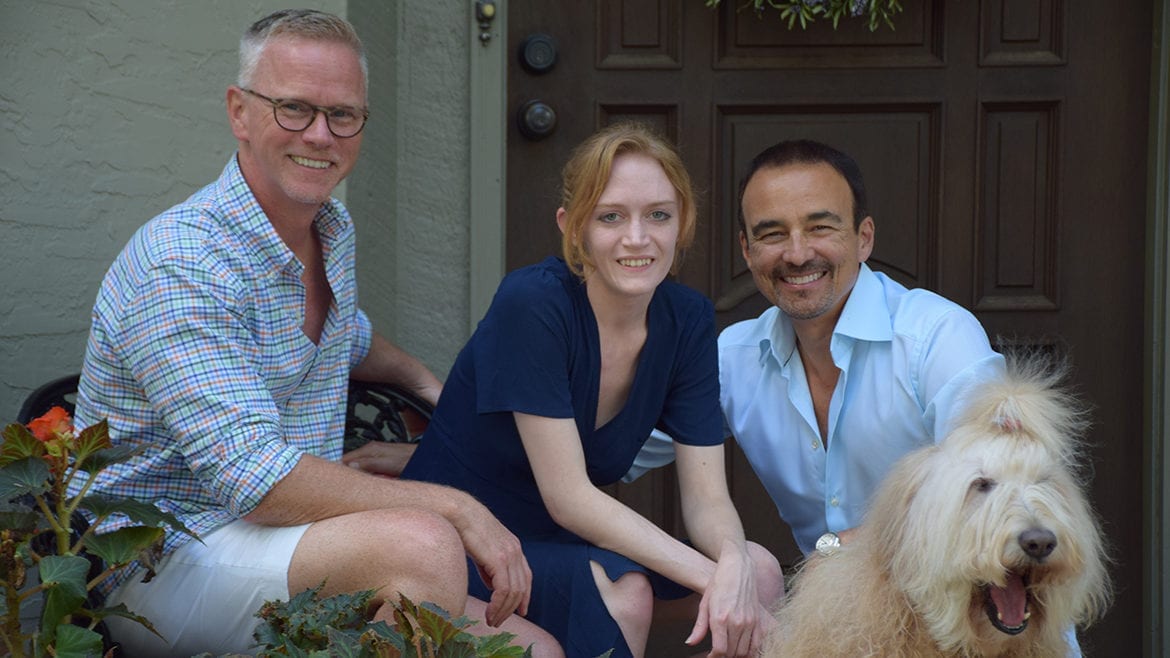 It has been more than two decades since Darrel Brenneke broke the news to his mother that he was gay, but the memory still brings him to tears.

He knew his mom would worry that this was a death sentence, since it had not been that long since his brother had died of AIDS. But he needed to tell her why he was getting divorced.

“There comes a point when you just can’t do it anymore,” Brenneke said. “You can’t continue to lie to your loved ones.”

The situation was also delicate with Brenneke’s preschool-aged daughter, Jessica, who was too young to fully grasp the relationship between her father and Lance Orozco. The two men wed in March 2014. (See the video above.)

The ceremony was in Washington, D.C, a special spot for Orozco because he had lived and worked there previously. It also happened to be a place where gay marriage was legal at the time.

D.C. is also a special spot for LGBTQ advocates as a whole, who remember it for the historic gay-rights march on Washington in 1987, the anniversary of which is marked every year as National Coming Out Day. Today is the 30th anniversary of that celebration.

The event is organized through the Human Rights Campaign, the nation’s largest LGBTQ civil rights organization. It recognizes the courageous and, at times, agonizing decision to openly declare one’s true sexuality.

“It’s a chance for us to be a voice for those who can’t, and maybe it will inspire somebody to take that next step,” said Abbey Logan, who serves on the board of the Kansas City Human Rights Campaign.

To mark National Coming Out Day, Flatland is featuring the stories of Kansas City-area residents who have taken that next step. Their experiences are as diverse as the individuals themselves.

Gabriella Rodriguez had dropped subtle hints to her church-going dad that she was a lesbian, but he was shocked when his 18-year-old daughter brought a girlfriend home. He sent Rodriguez to live with her mother. 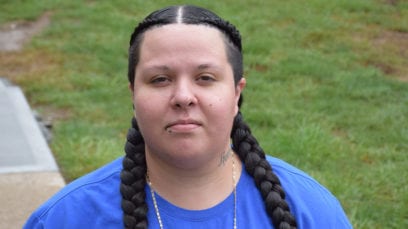 Rodriguez, 29, of Kansas City, Missouri, had hid her sexual orientation for years, even denying it when high school friends told her they knew she was gay and were OK with it.

She had even hid it from her mom, who had essentially come out to her children when they were preteens, showing up at Rodriguez’s father’s house with a girlfriend in tow after being released from prison. Her parents had split when Rodriguez was just 4 when her dad found her mother with another woman.

Yet everything that Rodriguez was keeping bottled up inside burst out in drunken belligerence not long after she had gone to live with her mother. She peppered her mother with all the angry emotions of being left behind as a child, and then she blurted out that she was gay.

Of all people to keep it from, her mom asked, why hide it from me?

Her mom felt guilty for being absent as her daughter struggled with her sexuality. She also blamed herself for her daughter’s sexual orientation — agreeing, ironically, with Rodriguez’s dad, who said his daughter would’ve turned out differently if he had not let her spend time with her mother after she popped back into their lives after prison.

Rodriguez came out to the rest of her family soon after she told her mom. They all told her they had known for a long time and were fine with it. Her dad, however, still thinks it’s wrong.

Her coming out message is this: It’s a relief.

“You will no longer have to hide the real you from your loved ones and the people you see on a daily basis,” Rodriguez said. “It’s not worth it. Life is too short to be unhappy with yourself and unhappy with your life.”

David Jackson first came out in high school, when he confessed to one of his female friends that he was attracted to the same guy she was. But that was in Florida, and he went back in the closet when he moved back to his former hometown of Kansas City after graduation to live with his maternal grandparents. 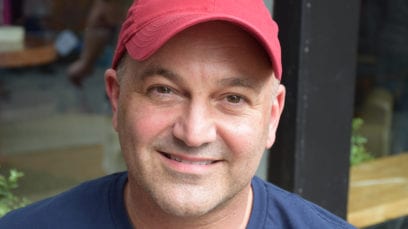 He came out again while in college, but even when moving back to Kansas City with his boyfriend, Jackson still didn’t bring up the fact that he was gay with his family. They lived in a two-bedroom apartment.

A breakup found him back living with his maternal grandparents, and this time, Jackson decided to be upfront with them.

“It was very depressing and very sad having to lie and change your pronouns when talking to your family and filter what you’re saying and not really being present or authentic with the people you love most,” said Jackson, 49, of Lone Jack, Missouri.

First, he gently asked his grandmother if she knew that he and his former roommate had been more than friends. “I’ve been around the block more than once!” she said, saying she figured he was gay and was fine with it.

It took a few more years to tell his other set of grandparents, and several more years after that until he told his parents.

Every situation was different. “One doesn’t just come out once, you know,” he said. “It’s a lifelong process as you move through life and get involved with different organizations or different groups.”

Everyone in his family told him they had always known and it didn’t matter to them. But at the time Jackson chose to tell his truth, he had already prepared to lose them all. You just have to have that mindset going in, he said, noting it almost never goes as bad as you fear.

His coming out message is this: Have a plan to protect yourself first. Make sure you can be OK whatever the outcome. Have your support system ready to go.

Writing it all down can also help, Jackson said.

And finally, he passed along some advice he once received himself: People will generally accept you at the level you accept yourself.

Can you come out without actually coming out? Christopher Barksdale-Burns did.

And what makes his story even more surprising is that he was raised in Kansas City’s urban core by an aunt who was a minister. In fact, he came from a family full of ministers. 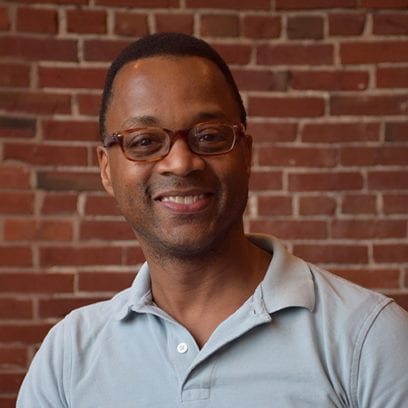 Surely, his family must’ve suspected something, Barksdale-Burns said, when he hopped on a table and started belting out Diana Ross at the top of his lungs during a trip to his hometown of Monroe, Louisiana.

No matter what might be considered signs signaling his homosexuality, the issue just never came up with his aunts or other relatives.

He felt nothing but unconditional love from his aunts and sisters growing up in a family where the message was that everyone deserves your respect until they show otherwise. That open attitude, he suspects, stems from his family’s roots in New Orleans, not exactly a place where people are judged for being a little different.

When he was 15, he overheard two of his aunts arguing. It sounded like they were quarreling about his sexuality, with one aunt finally declaring: “As far as his soul and spirit going to heaven, let God handle that.”

Now 46 and living in Kansas City, Missouri, Barksdale-Burns has a multifaceted life as a dance teacher, ballet dancer, and choreographer. He is also a drag performer.

Renowned ballet dancer Todd Bolender once told Barksdale-Burns that he was a jewel and to treat himself as such. That advice lives on as Barksdale-Burns tells others considering coming out to come out as their true selves.

His coming out message is this: “Live your best life, and surround yourself with people who will love and respect you for who you are unconditionally.”

—Sandy Woodson is a video producer at Kansas City PBS